Rick Bastien is concerned about the area near 15th and Peachtree Street. 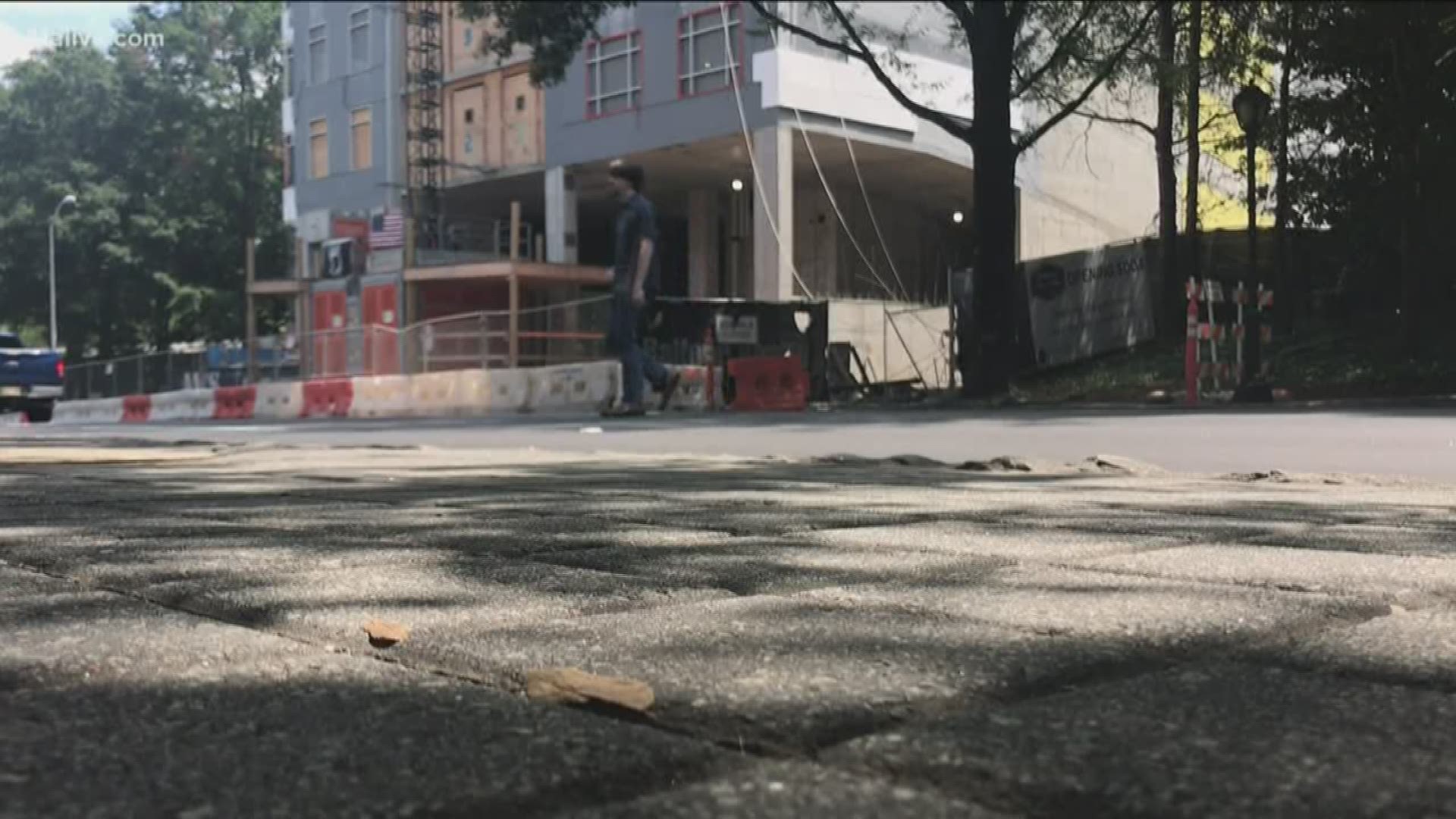 ATLANTA — A metro Atlanta man said he's warned officials about a potentially dangerous intersection in Midtown and wants something done about it.

Rick Bastien is concerned about the area near 15th and Peachtree streets. He told 11Alive he has warned officials that if the barriers aren't fixed around the construction site in that location, someone could die.

But he said that months later, nothing has changed.

"Immediately, I knew. This could be a death trap,"  he said. "Even today, six hours ago, I'm driving home from work and there are pedestrians walking right next to my car."

There's a sign leading up to the construction that tells people that the sidewalk is closed. The barriers extend into the street and people nearby said it forces pedestrians to walk next to the barricades into the traffic of the four-lane road.

Bastein said he holds his breath every time he has to drive through the intersection.

"There's no covered walkway, there's no safe walkway for pedestrians, so they're literally walking right alongside the barrier and very fast cars," he said.

Bastien said he was worried about cyclists and pedestrians, so he contacted the Georgia Department of Transportation in November.

"I tried to get in touch with GDOT and I got the bureaucratic runaround," he said. "They sent me from person to person, and finally I said, 'I'm just going to email them'."

He sent 11Alive a copy of that email where he lays out his safety concerns. He claimed no one ever responded.

"It is not safe, and I'm not even sure that it's legal what the construction company is doing," he said.

GDOT said it is legal. The builder secured the proper permits for the project.

However, a spokesperson for GDOT told 11Alive that someone absolutely should have followed up with Bastien about his concerns, and they're taking that failure seriously.

"I want to see a safe pedestrian walkway, an area where people are protected from the road in that area immediately," Bastein added.

As of right now, the builder doesn't have any plans to build a protected walkway. GDOT said they are following all the rules and regulations by correctly signing the closed sidewalk and telling pedestrians to cross the road.

He died in his own home. DeKalb police say his step-father is the prime suspect