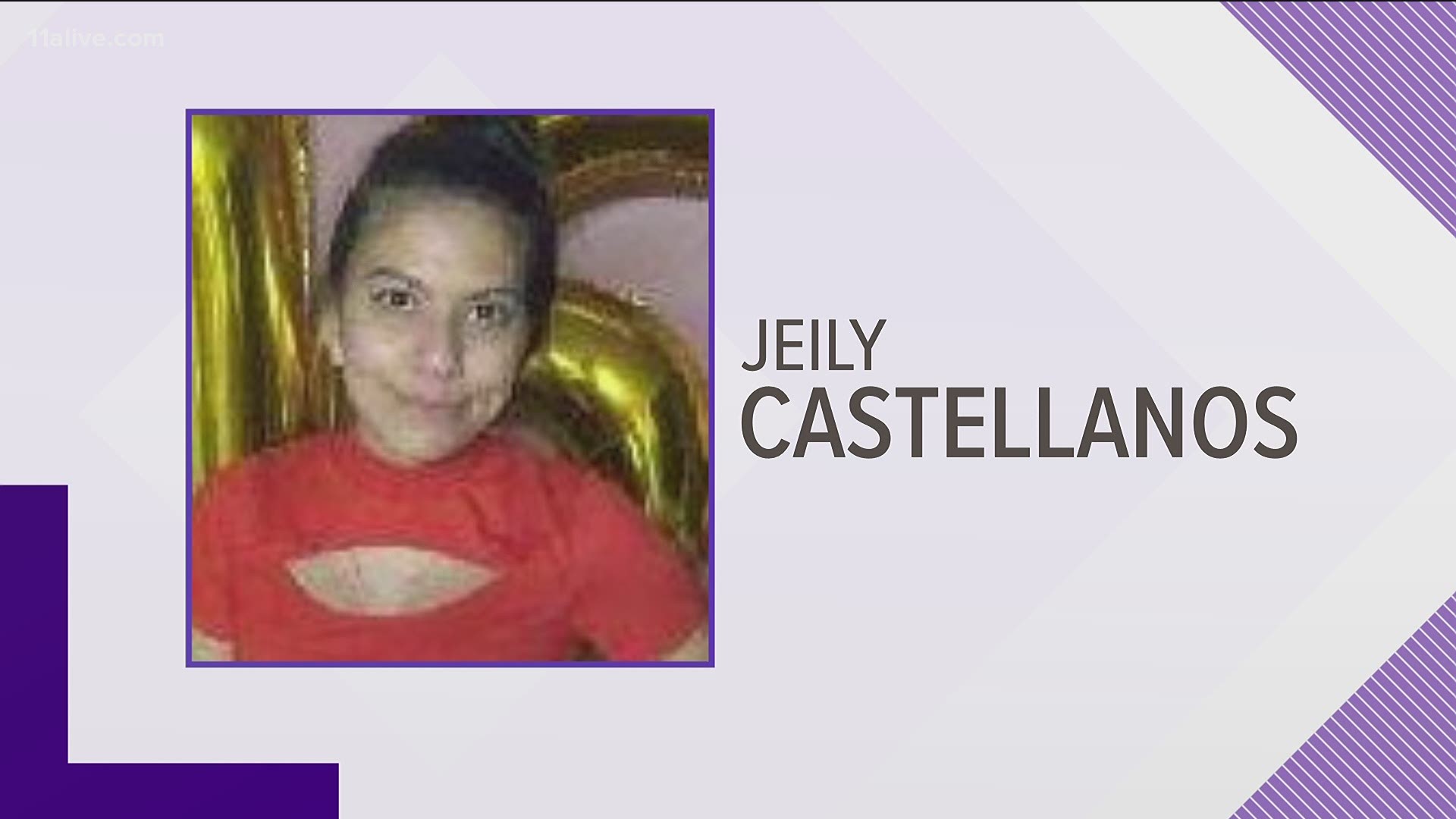 ATLANTA — Update (02.26.2021): Atlanta Police Department successfully located the child in good health, and she has been reunited with her family.

Metro Atlanta agencies and residents have been alerted to reports of an abduction in the area as a search begins for a missing teen.

A national Amber Alert and statewide Levi's Call have been issued for 16-year-old Jeily Castellanos who went missing from Atlanta on Thursday. The teen is described as a Hispanic female who is about 4 feet 7 inches tall and between 90 and 95 pounds with black hair and brown eyes.

The Georgia State Patrol, which is investigating the incident along with Atlanta Police, reports that this is being investigated as a "possible kidnapping of a teenager by her father out of Atlanta."

According to MissingKids.org, 39-year-old Melvin Castellanos is listed as the suspect in the incident. He is described as a Hispanic male who is about 5-feet, 1-inch tall, and 150 pounds.

According to Atlanta Police, officers responded to the 1800 block of La Dawn Lane NW just before 10 a.m. in reference to an abduction call. The teen's mother said she was taken from the home without permission by her father.

Investigators are still working to determine the circumstances surrounding the incidents leading up to the alleged abduction.

The two are believed to be traveling in a black 2011 Ford Explorer with a North Carolina license plate reading HMV7986. An alert from Atlanta Police suggests they may be heading toward Charlotte, North Carolina.

Anyone who sees the two or the vehicle in question is asked to contact 911 immediately.