A man and a woman are being held in the DeKalb County Jail on kidnapping charges. 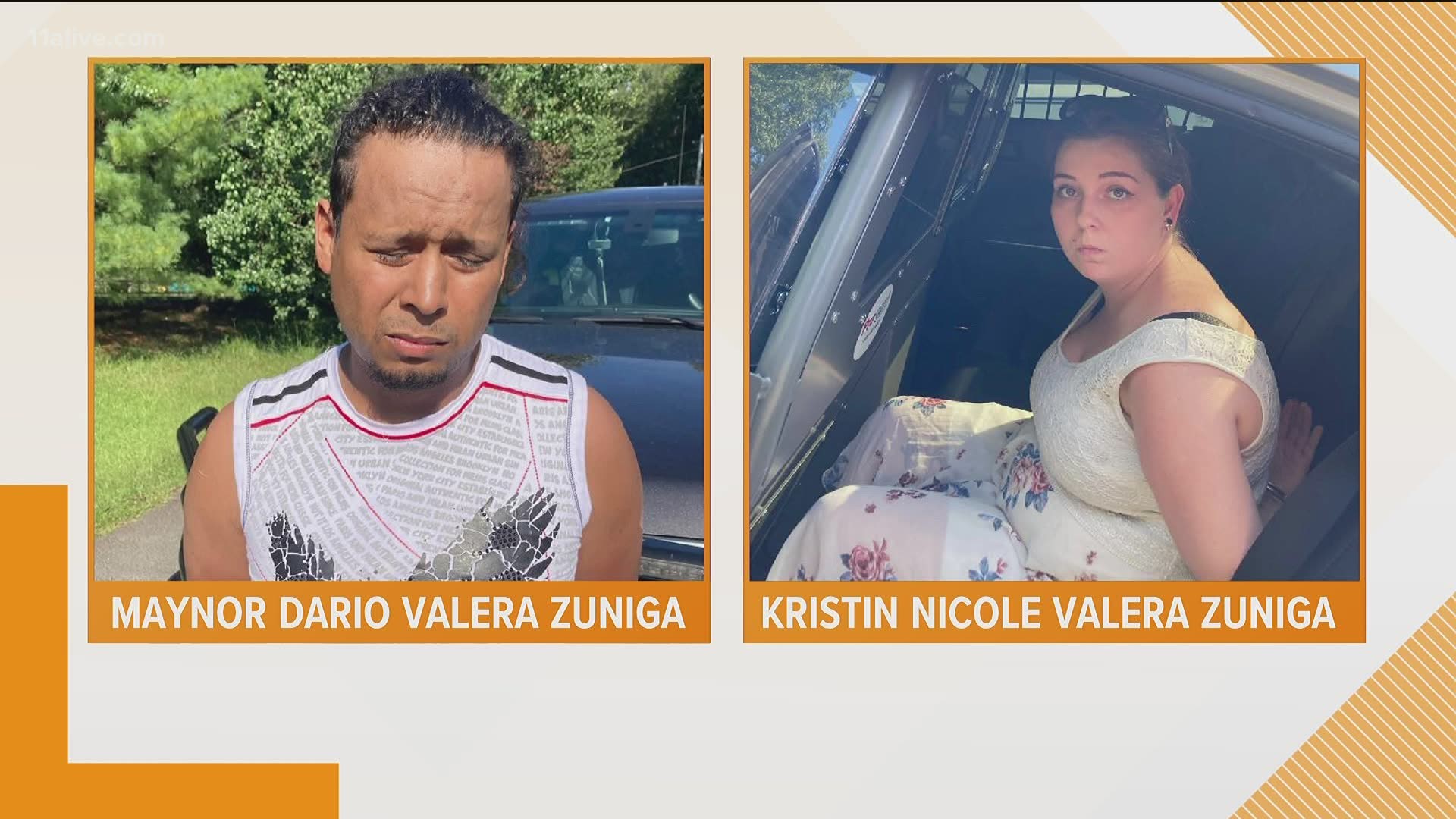 CHAMBLEE, Ga. — Authorities in a metro Atlanta police department say a child who was initially the subject of an Amber Alert on Saturday afternoon has been found safe.

Both police and the FBI confirmed the news around 6 p.m. that one-year-old Mateo Alejandro Montufar-Barrera has been reunited with his mother.

The Chamblee Police Department said initially that, around 12:30 p.m., the little boy's mother was walking and had him in a stroller not far from their home on Clairview Drive when a Hispanic male got out of a maroon 2003 Acura MDX SUV with a gun and kidnapped the child.

Before he got away, the mother got into a struggle with the suspect and tore a piece of his pants and got one of his shoes in the process.  The suspect was then seen heading southwest on I-85.

In their announcement, police released photos of the items the mother was able to grab from the suspect, and also the Georgia tag number on the vehicle.

Since then, police have confirmed that they have not only found the child unharmed but also arrested two suspects in the abduction.

Chamblee Police say the suspects in custody are Maynor Dario Valera Zuniga and Kristin Nicole Valera Zuniga (Nash). Photographs taken of them under arrest were provided to 11Alive on Sunday.

The FBI is involved, however, they say local police are handling the investigation.

JUST IN: Family of the baby says he has been found safe. Chamblee police tell me he’s safe, with his mother right now. #11Alive pic.twitter.com/RygiujvjP0