Be on the lookout for a white van. 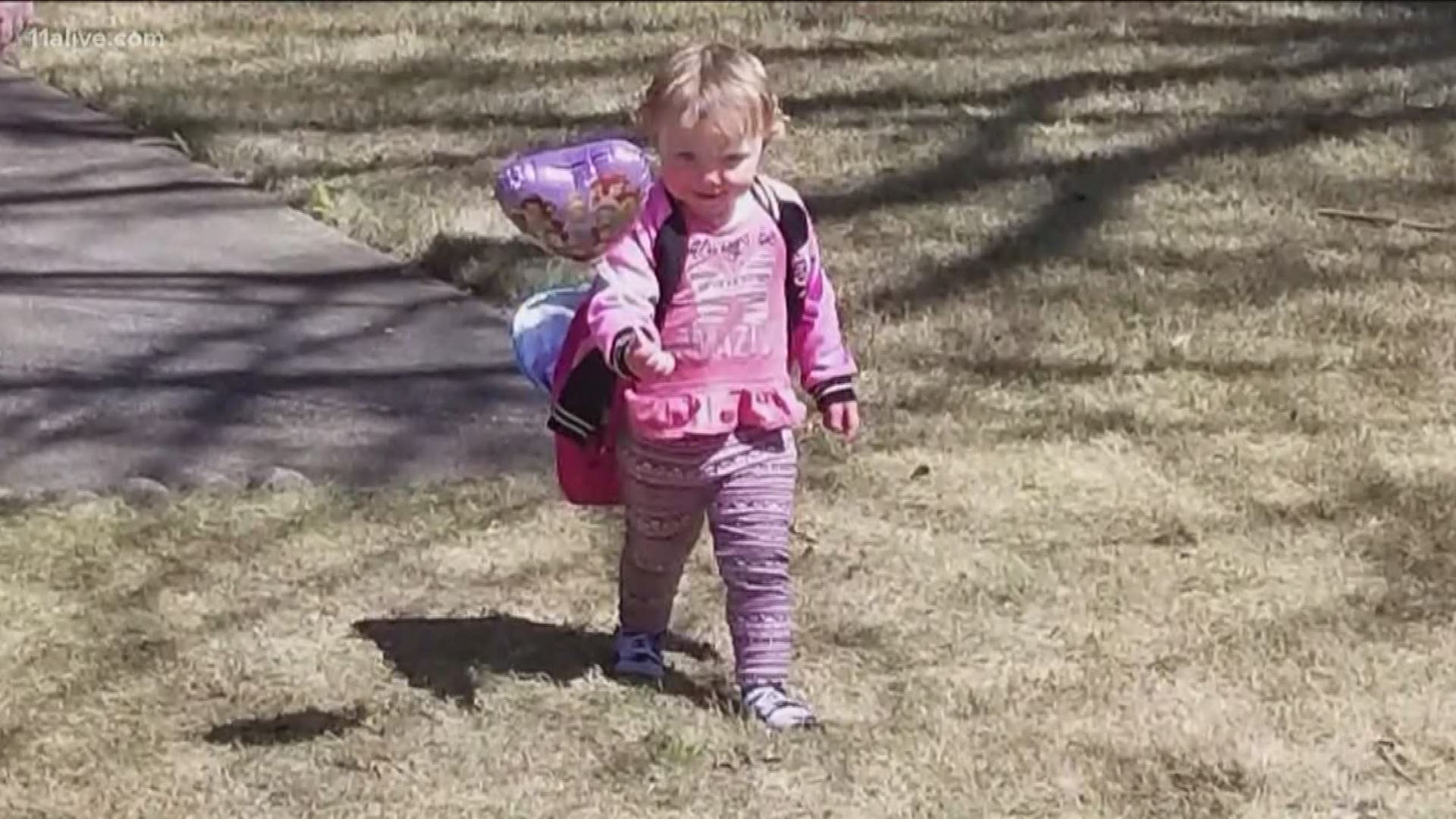 The child will be medically examined before she is returned to her mother but the girl is in good condition.

"I jumped up for joy, it feels like the weight has been lifted off our shoulders. This one has a happy ending," said Arcade Police Chief Randy Williams.

Robert Peeples was booked into the Gwinnett Co. jail around 10:43 p.m. Thursday night. 11Alive is working on getting more information regarding the arrest. He is now facing charges of aggravated assault and kidnapping.

The Arcade Police Department is asking for the public's assistance to help find a missing 1-year-old girl that is believed to be in extreme danger.

Aycock told 11Alive that Peeples sped off with the child in his car after the couple got into an argument outside her home on Rock Forge Road around 2 a.m.

“I got out and I went to get Baylee out and he told me no, you’re not taking her out of the van, she’s going with me,” Aycock said. “I tried to get her out anyways, I tried to unbuckle her and he mashed the gas and slung me out of the van … I almost went under it. If my purse hadn’t caught the tire, I’d be under it.”

"That’s my world,” Aycock said. “I don’t like this feeling. I just want my baby back.”

Arcade Police Chief Randy Williams said that he has a history of violence against his family. Peeples has multiple charges in Gwinnett and Clayton counties dating back to 1997. He has been arrested for battery, second-degree child cruelty and disorderly conduct.

Credit: Gwinnett County Police Department
Robert Joseph Peeples is accused of taking 1-year-old Baylee Sue Peeples and the child is believed to be in "extreme danger."

He has also been charged with probation violations, failure to appear and interfering with a call for emergency assistance.

Baylee Sue Peeples was last seen on Rock Forge Road in Jefferson and police said Robert Peeples could be taking her to Winder, Gwinnett or Mississippi.

Authorities were able to ping Robert Peeples cell phone heading down spaghetti junction in the direction of Mississippi in a White 1993 GMC Vandura van. The license plate is RIK1620.

According to the Levi's Call Baylee Peeples was last seen wearing a pink shirt that said "Always Amazing" with hearts and a pink and black jacket with the word "Love" on it. Baylee Peeples is around 3'0" tall, weighs 25 lbs, has blue eyes and blonde curly hair.

Robert Peeples, 39, is a white male that weighs around 187 lbs and stands about 5'10" tall with blue eyes and blonde hair in a buzz cut.

Anyone with information on her whereabouts should contact the Arcade Police Department at 706-367-1821 or 911.