Police are still looking for the father. 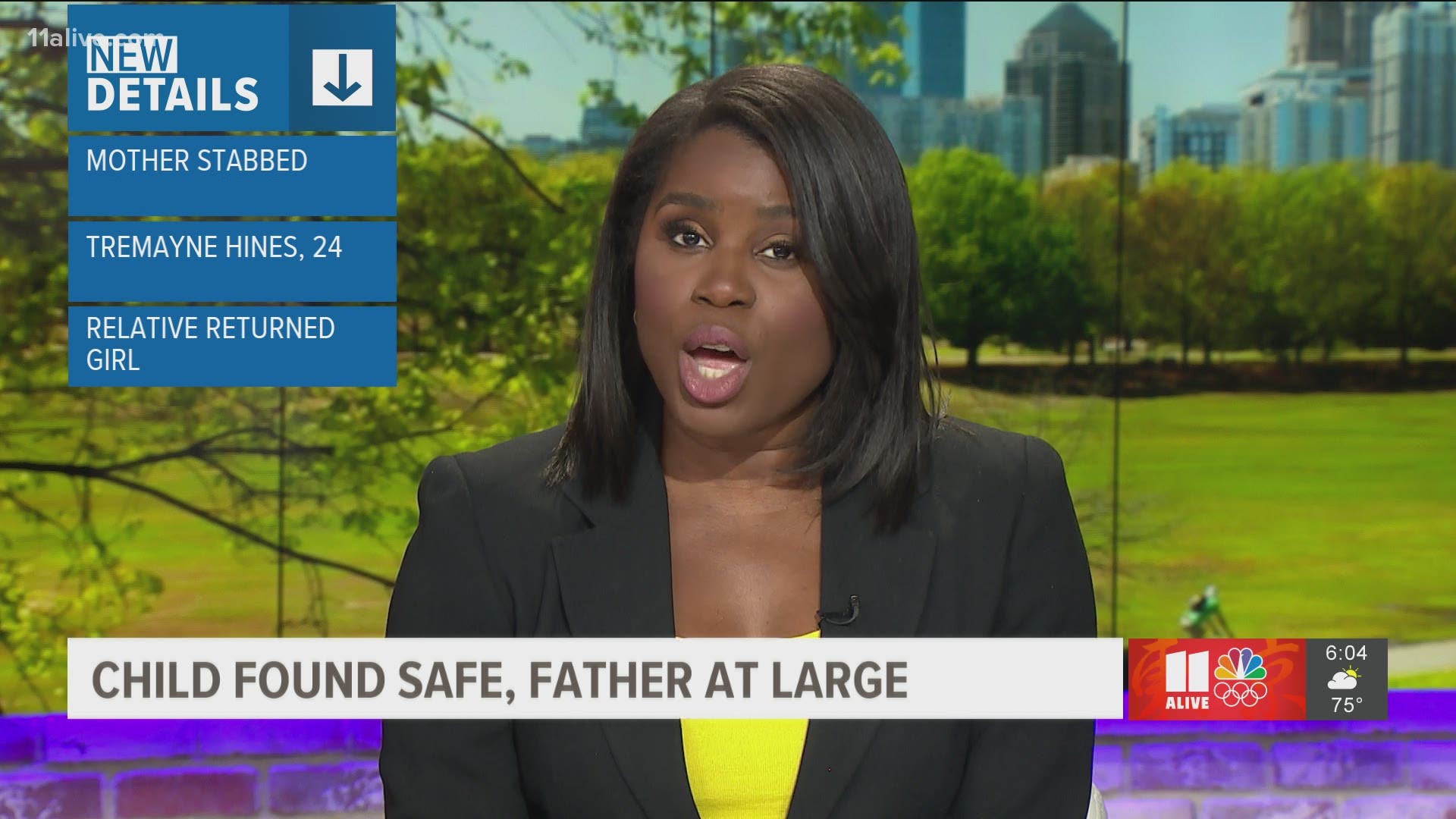 ATLANTA — UPDATE: Police say a relative brought the two-year-old girl to the DeKalb County Jail safe. Her father was said to remain at large.

Atlanta Police say they're searching for a two-year-old girl who was taken by her father early Saturday morning after he allegedly stabbed her mom during a dispute.

APD said they're trying to find the girl and her father, 24-year-old Tremayne Hines.

"The mother is seriously injured in the assault and charges are pending against Hines," a police statement said.

The girl was last seen at 4:00 a.m. at a location on Eppworth St. SW in the Oakland City neighborhood of southwest Atlanta.

She was wearing a printed shirt and pink pants, police said.

Her father, Hines, was described as 6-foot-1 and originally wearing a black leather jacket, blue jeans and carrying a backpack, but police said he changed and "may now be wearing a brown suit jacket and a bucket style hat with flower design on it."

Police said it was possible he may be on foot and could have used MARTA to leave the area. They said he does not have a car.

"Anyone who sees the suspect or Tamar, or has knowledge of their whereabouts is urged to contact Atlanta Police by calling 911 immediately," police said.