UPDATE: Atlanta Police said Lateisha Edwards has been located and reunited with her family. 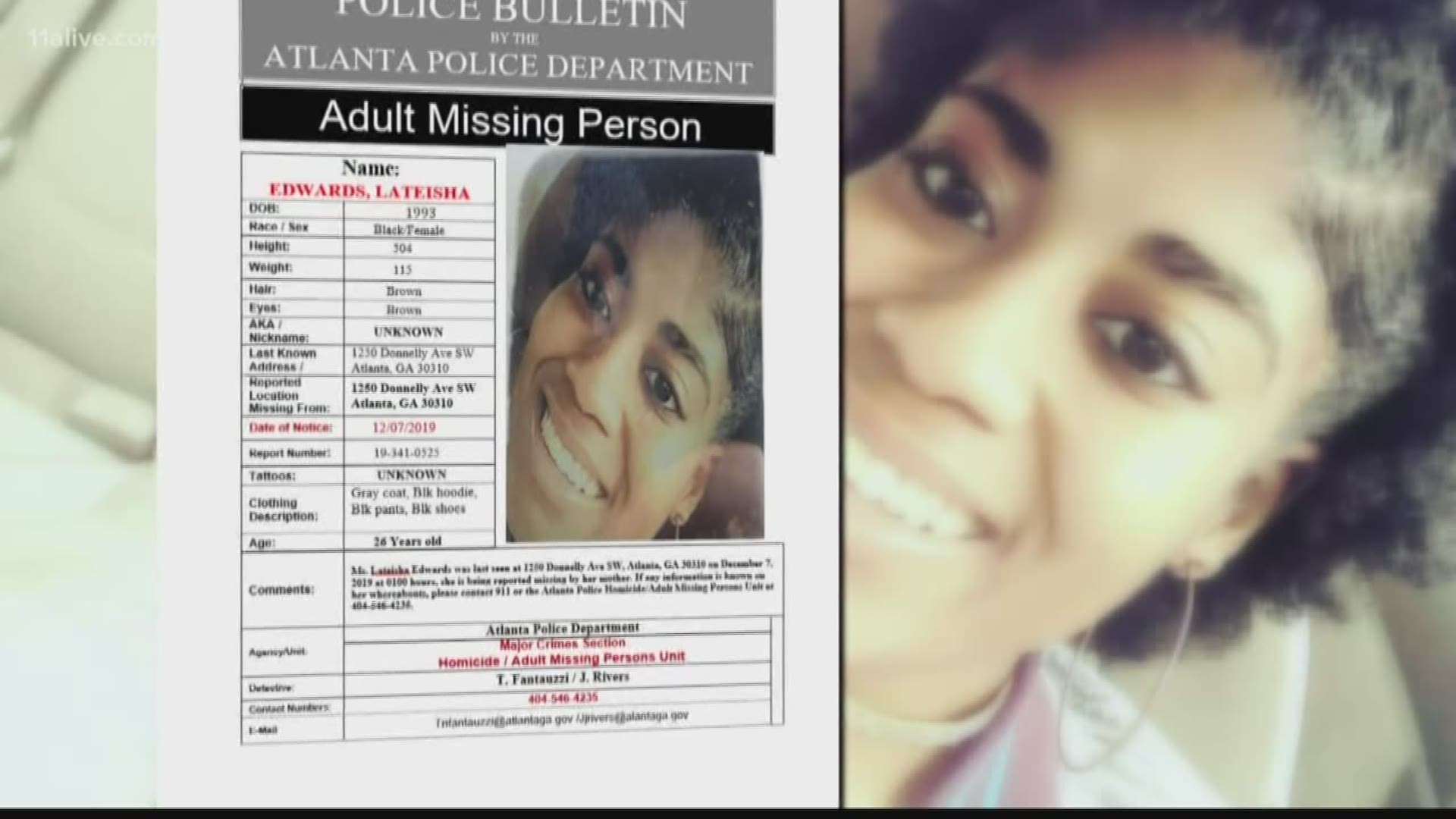 ATLANTA — UPDATE: Atlanta Police said Lateisha Edwards has been located and reunited with her family.

Atlanta Police are looking for help from the public in locating a missing 26-year-old woman.

Investigators said Lateisha Edwards was last seen on Saturday morning at about 1 a.m. She was last seen in the 1200 block of Donnelly Avenue, S.W., in Atlanta, police said.

Police said Edwards is described as a black female, 5-feet-4-inches tall, weighing 115 pounds. She has brown hair and brown eyes.

Anyone with information about her whereabouts is asked to call the Atlanta Police Department's Major Crimes Section - Homicide/Adult Missing Persons Unit at 404-546-4235 -- or call 911.