Buford native missing for more than 6 weeks from middle Georgia 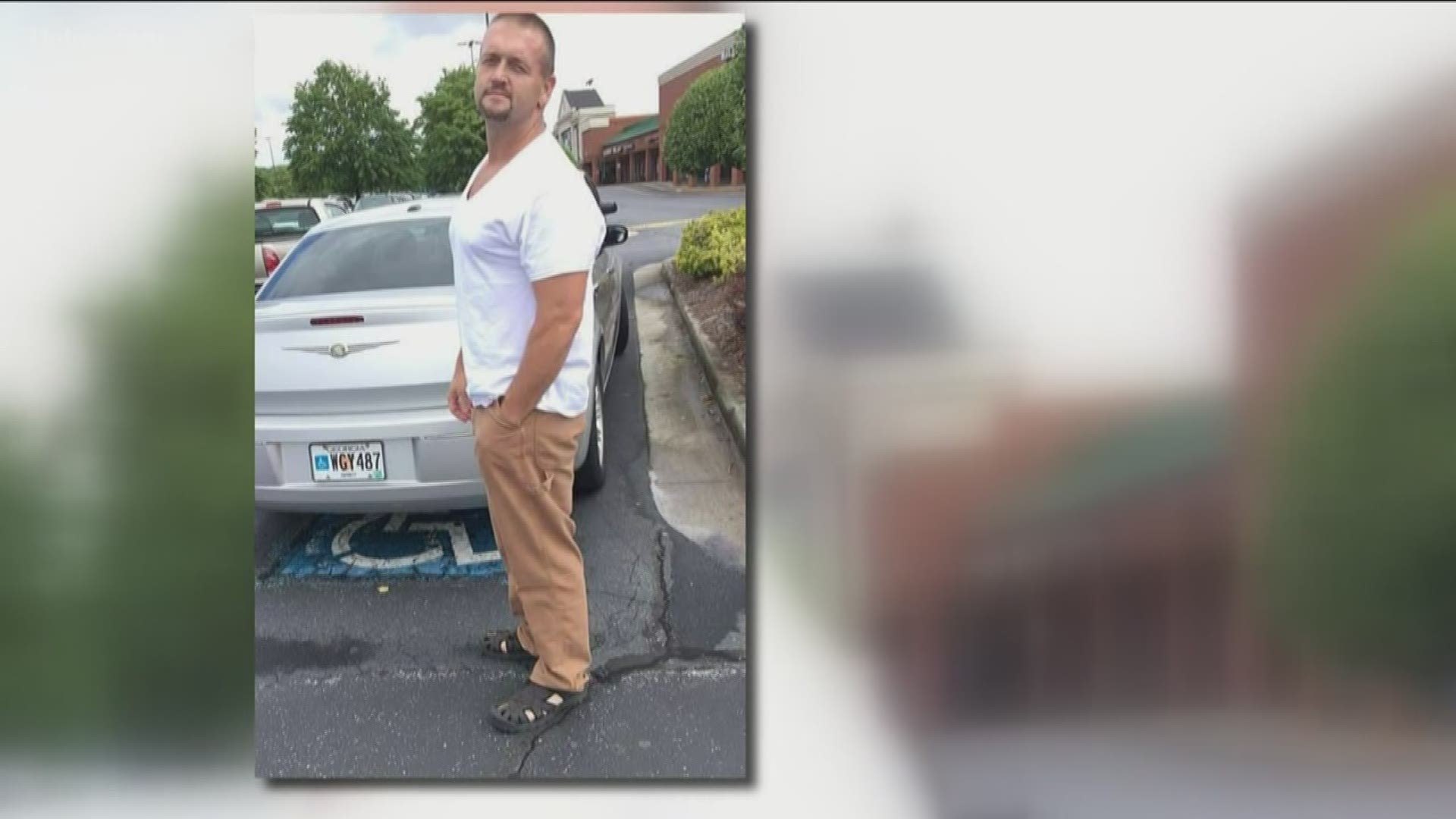 DUBLIN, Ga. — An Atlanta mother says her son, a 43-year-old native of Buford, went missing more than a month ago and investigators in middle Georgia are asking for help finding him.

Brian Samples, has not been seen since July 6. His family says this is out of the ordinary.

"If anybody knows anything, please, please do what you can to get him home," his mother, Patsy Samples, told 11Alive on Tuesday.

She says her son moved to Dublin, Ga. from Buford a year ago and entered rehab to help with drugs and alcohol -- with his 1-year-old grandson in mind.

"He said he never wanted him to know him like his children knew him," Patsy explained.

Samples' family says after going through rehab at Jay Bird Springs Treatment Center, he stayed in the area and was residing at the Red Carpet Inn in Dublin.

But, he didn't check out of his room. He left all of his personal belongings. And his car was still at the motel.

"I know from that, he meant to return probably within 30 minutes," Patsy said.

She says Brian has never disappeared in the past. Before and after rehab, she said they heard from him often.

"He would always call. Always. He never went a week without calling and letting you know I either 'need help' or 'I'm doing OK,'" Patsy said.

She added: "No phone calls. No nothing. No text messages. Everything just ended."

His family created a Facebook page to raise awareness and keep people updated on the case.

"Our family is living a nightmare. Waiting on news from day to day, making calls to hospitals, rehab facilities, churches asking people to pray, begging people to share his missing poster, hoping and praying someone knows something," the page said in a recent post.

Samples is described as 6-foot-2 with hazel eyes, brown hair and approximately 225 pounds. He has tattoos on both biceps - one of a pair of praying hands that says "RIP Daddy" on his left bicep and a tattoo of a flame and flag on his right bicep. The tattoo across his back was a portrayal of Christ with a crown of thorns, according to family. The scripture was from the Psalmist David: Psalms 86:13, "For great is thou mercy toward me and thou hast delivered my soul from the lowest hell."

His mother said shortly before they last heard from him, he received an insurance check from a car accident.

"I would guess around $2,000, I think. And it was for like pain and suffering, I guess, from the wreck. I don't know if that had anything to do with this or not."

So far, no leads have come in -- and his family is praying he is somewhere safe.

"I know he didn't just vanish from this earth," Patsy said.