They were believed to be with Anthony Allen in a Pontiac Grand Am. 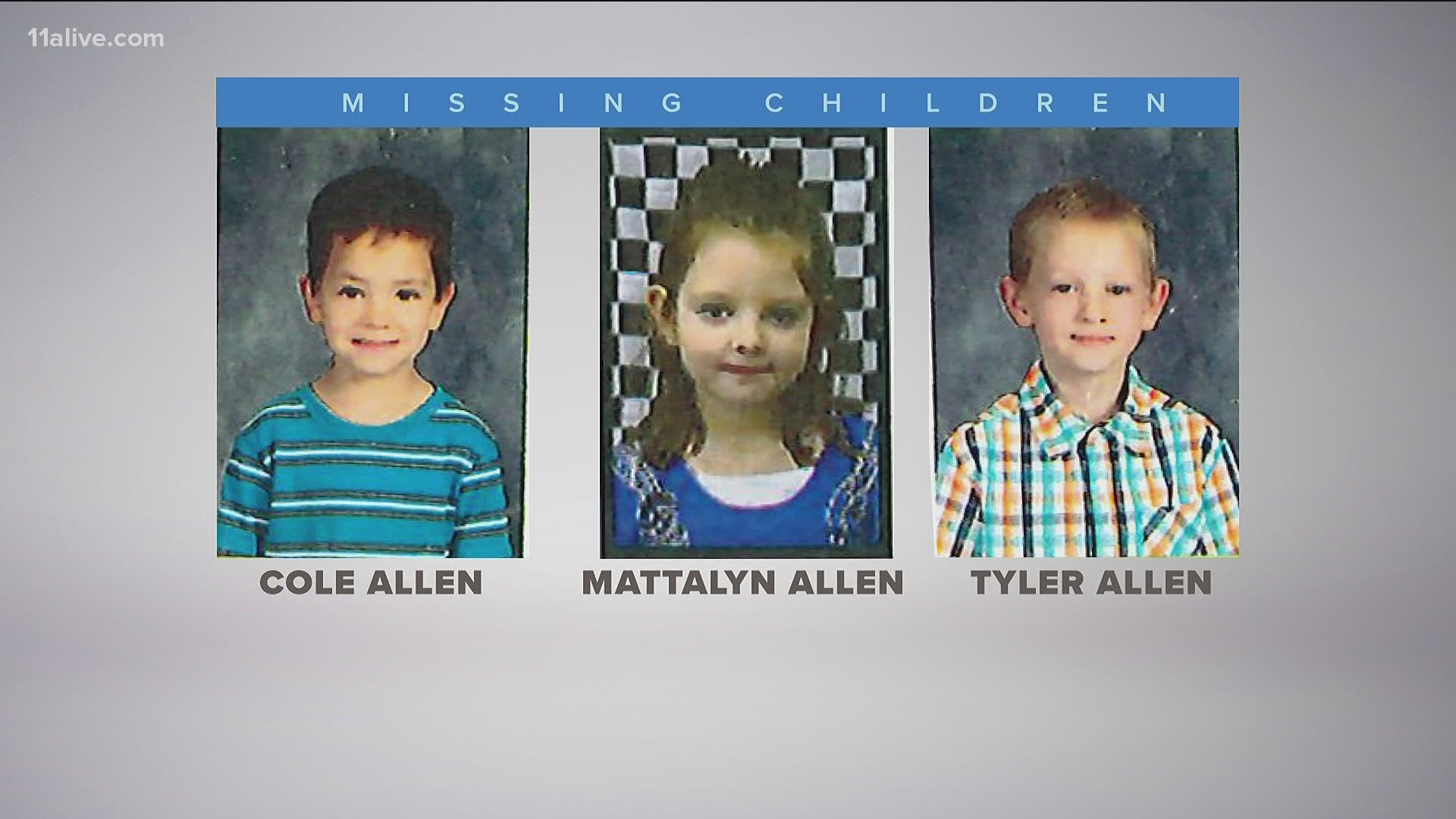 Update: According to the Georgia Bureau of Investigations, three missing Jackson County children have been located.

Officials have yet to release information on exactly when they were returned.

Cole, Mattalyn and Tyler Allen are believed to be with Anthony Allen. They are likely traveling in a 2003 Pontiac Grand Am with a temporary license plate from Iowa. The vehicle is black and has a cracked windshield.

Anthony Allen is 36-years-old and is described as 6-foot-1, 145 pounds with brown hair and brown eyes.

If you have any information about these three children or the man they are believed to be with, please call Arcade Police at 706-367-1911 or call 911.

Authorities did not specify the relationship of any of the individuals involved.

13-year-old missing in Hall County | Have you seen him?