'My brother's in a better place': Heartbreaking update on missing hiker

Eddie Noonkester's body was found about a mile from the 'hike-in trail' to the Appalachian Mountains. 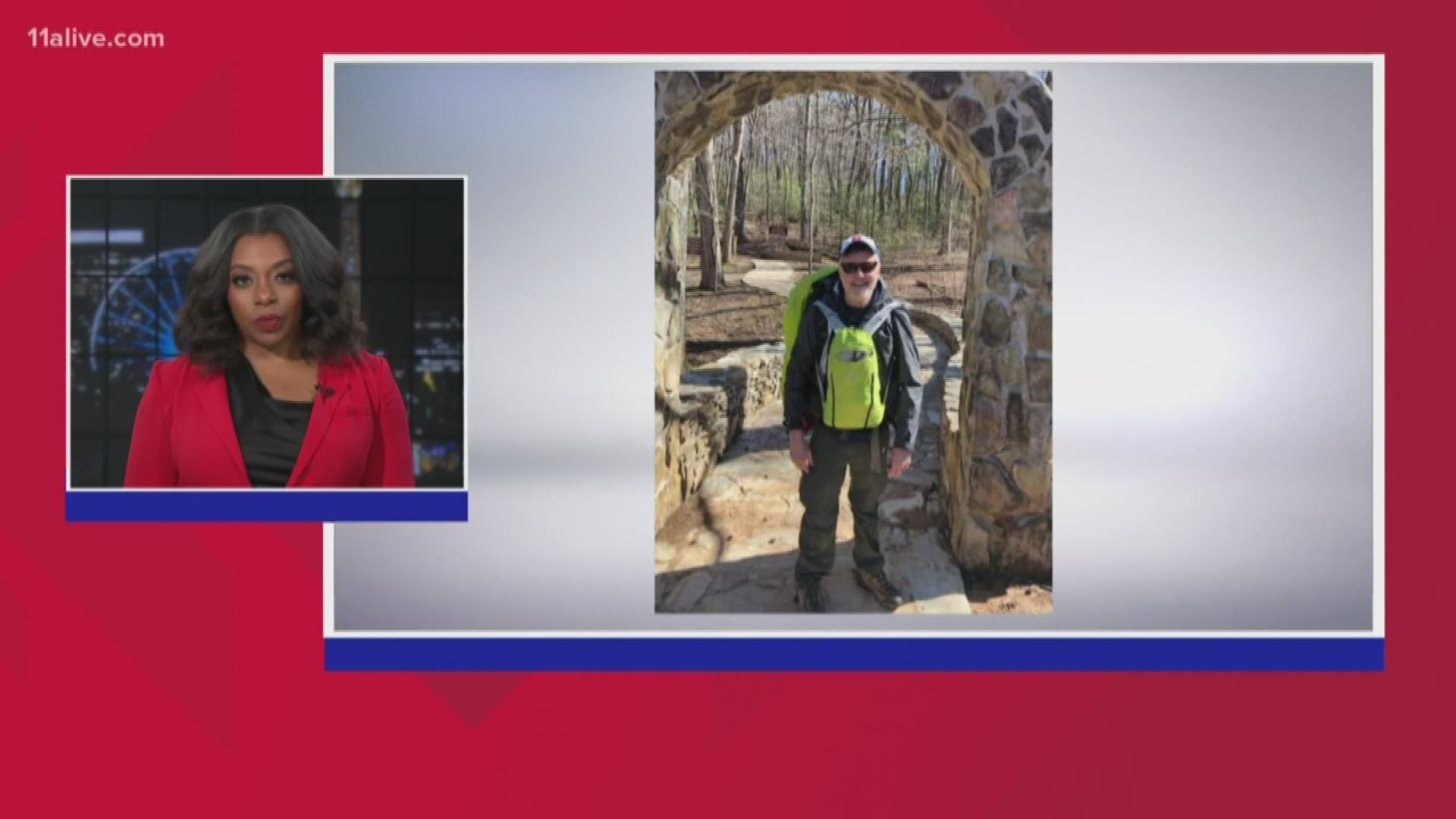 DAWSON COUNTY, Ga. — The search for a missing hiker in north Georgia has come to a tragic end.

Authorities made an announcement regarding Eddie Noonkester late Wednesday night regarding a find made by one of many search crews around 2:30 p.m. the same day.

"It's with a heavy heart that I must regret to inform you that we have recovered the body of Eddie Noonkester," Emergency Management Director Danny Thompson said.

The Dawson County Sheriff's Office vowed to search through the night with the help of six K-9 teams. The teams were also among 130 staff members and personnel actively involved in the search. Some even stayed through cold overnight rains to find him.

A unified search team including searchers from Gilmer, Dawson, and Forsyth counties ultimately found Noonkester's body about one mile southwest from the "hike-in trail."

"He's since been turned over to the GBI and transported to the state crime lab," Thompson said while also thanking the many agencies who assisted.

Sheriff Jeff Johnson added that they have not found any sign that there was foul play in Noonkester's death.

And while the discovery didn't allow for the happy reunion all had hoped for, Noonkester's brother Wesley thanked the countless people who dedicated the last few days to find the missing hiker - suggesting that he at least had some closure.

"It's not the outcome that I had hoped for, but at the end of the day, our goal was to bring Eddie home and we were able to do that," he said holding back tears.

At one point, as he was thanking the many agencies, Wesley's voice trembled and the EMA director gently patted his shoulder.

"I want to thank each end every one of these people," he said followed by a deep breath. "I just know tonight, when I lay down that my brother's in a better place."

Wesley and another friend who was involved in the search were not able to save Eddie but earlier, but they actually did save another hiker who was in trouble on the difficult wilderness terrain.

"I really think it's something that, you know, says a lot Wesley's character that during a time of his own family's tragedy that he was able to help another man back down to safety," Thompson said.

But the EMA director also pointed to that rescue and the heartbreaking news of Noonkester's death as something that should give at least some pause to fellow hikers.