Family of missing Atlanta woman: 'How much can we really bear' in agonizing search for her

Valeria Robinson has been missing since May 20. Family is at their wits end in the search for her, desperate for any answers. 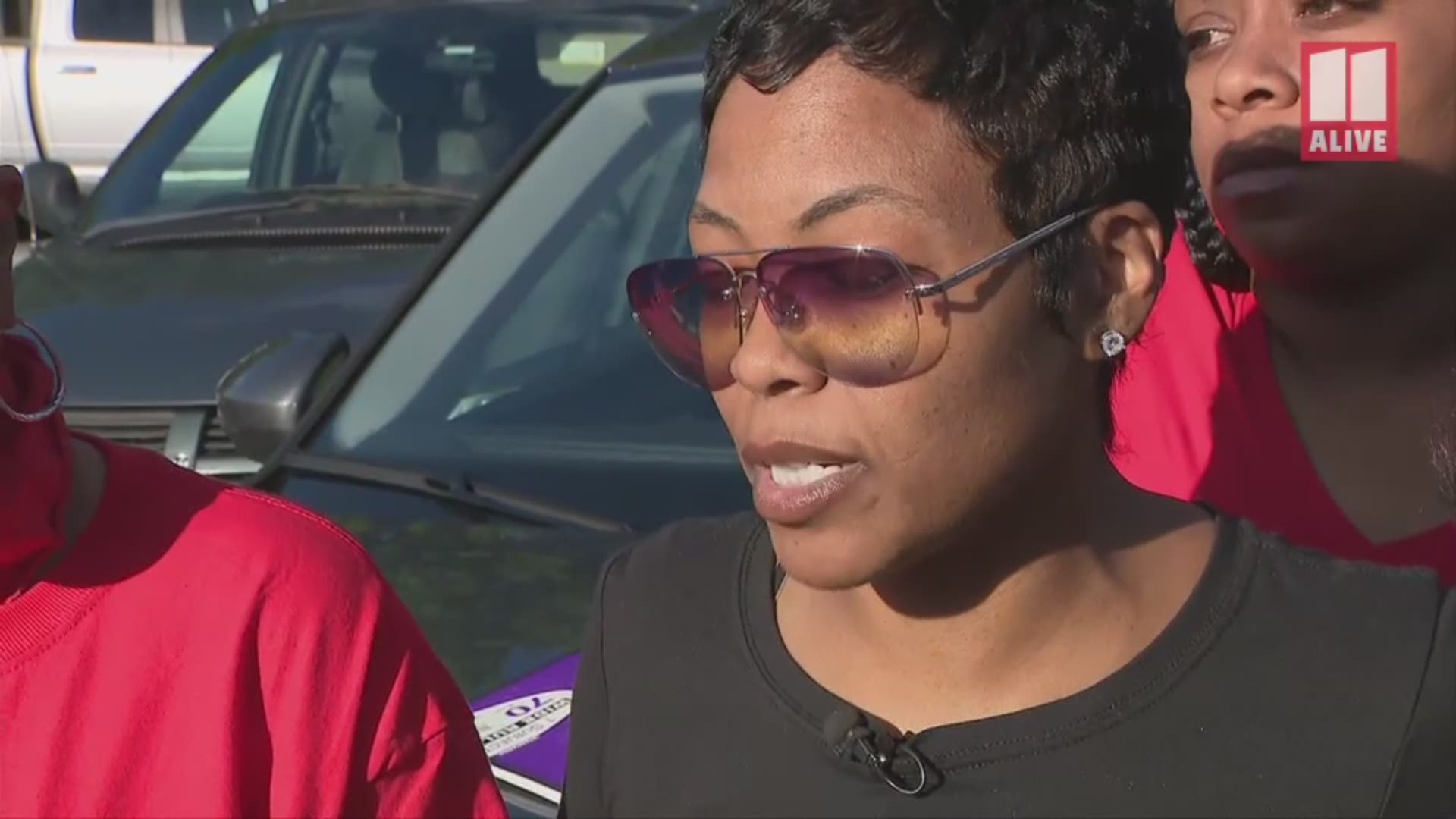 ATLANTA — Family is at their wits end pleading for the safe return of an Atlanta who has been missing since May 20.

Valeria Robinson's family held a vigil for her Thursday night to plead for anyone with answers to come forward to help police find her, so they can get closure - one way or another.

"We at a point now - it's like - we keep repeating it, if you would just please let us know where she is," explained Cendaria Robinson. "I just want my mom and my grandmother to have peace right now. They need closure. It makes no sense right now."

According to the Atlanta Police Department, officers went to Perkerson Road around 4:30 in the evening on May 22 for a welfare check.

Police said that family reported Valeria had been missing for several days and hadn't been in contact with family - something they said was unusual. Family said said they had called her several times, hoping that she would return them.

Family said they believed she may be inside the home on Perkerson Road, after they got word that she may have been there. Family went to go check for her, but when they got there and tried to get inside - they hear a loud boom. When police arrived minutes later, they found a man - who family identified as William - there with what they said appeared to be a self-inflicted gunshot wound.

Police have not confirmed that man's identity, but said they took him to Grady Hospital for treatment, but right now police said they don't believe the two cases - Valeria's disappearance and the man's shooting - are related.

Family, though, doesn't buy that. They said William was a friend of Valeria, and Cendaria added that she just learned his kids go to the same daycare center where she works.

"I don't see how it is separate if he was the last to see her," Cendaria said. "If you didn't do anything, why couldn't you just come to the door and talk to them (police)? Why would you try to shoot yourself?"

For her, it's a sign of a guilty conscience.

"Me being a parent, you wouldn't have never tried to leave your kids behind unless you did something you couldn't turn back from," she said.

Family said they've since learned William is still in the hospital, awake from a coma, but don't know if police have questioned him, yet. But Cendaria said they've gotten few updates from Atlanta Police on the case since - something that's left them wondering in agony.

"The unknown every morning - we get up and we're all like, there's nothing," Cenderia said. "We're still at the same point we was May 19. Nothing. And here we are, we're in the middle of June and we still don't have anything."

She said they're trying to carry on with life and work, but it's becoming an increasingly difficult task.

"How can you really do it if she's still out there?" Cenderia asked, adding that all that's left to do is to pray.

"I'm putting it in God's hands," she said. "They keep telling me God won't put more on you than you can bear, but I'm getting like, oh Lord, how much can we really bear... how strong do you want somebody to be because I want the world to know, if it was your family, your daughter, your granddaughter your mom, you would be out here doing everything you can. You would want somebody to tell you something. There's no way in the world you'd want to wake up to nothing."

When asked if family was holding out hope, Cenderia said, "That's all I have right now is faith and hope. That's it. Because right now, that's the only thing that's keeping me sane."

Family recalled Valeria as an outgoing, outspoken woman whom everyone in the neighborhood knew. For her 90-year-old grandmother, Lillian Rainwater, the pain is just too much.

"I lover her, I want y'all to find her," Rainwater said, holding back tears. "Anything it take, we'll do it to find her."

Family said they've been able to raise $15,000 in reward money for any information - an amount they're willing to hand over, no questions asked. As long as it helps them answer their burning question: "Where is she?"