More than 20 years ago, his body was found. We still don't know who he is. 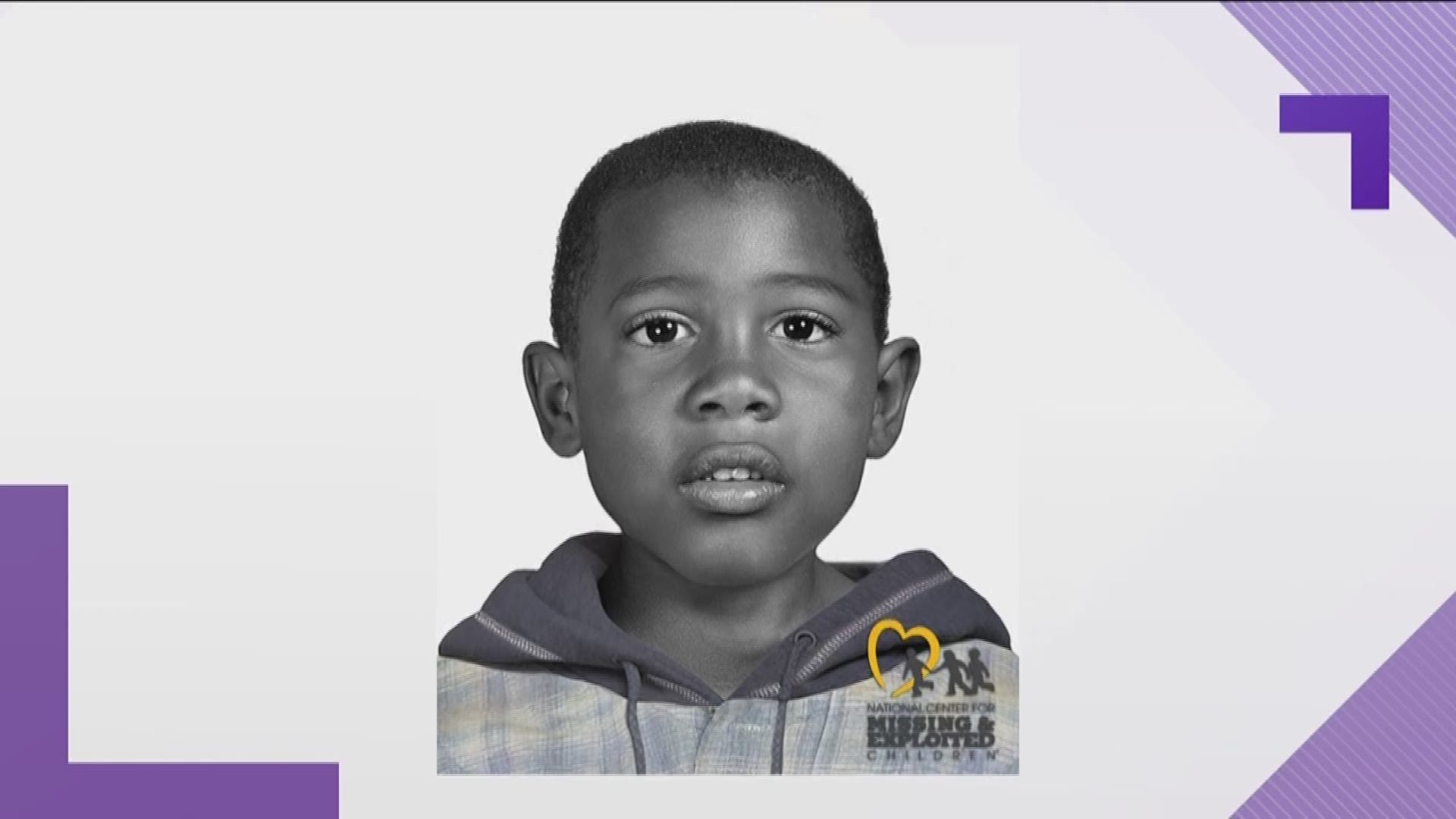 It was more than 20 years ago that the little boy's body was found in a small church cemetery. His identity is still not known. Investigators hope a new facial reconstruction can help show what the boy may have looked like.

On Feb. 26, 1999, the body of the young boy was discovered in a wooded area near a small church cemetery on Clifton Springs Road in south DeKalb County, Georgia, according National Center for Missing & Exploited Children (NCMEC).

Investigators believe the body had been there for several months. It had been carefully placed there, investigators said.

"The most disturbing thing is, we... haven't connected an actual reported missing or death to this child," said DeKalb County Medical Examiner Director Patrick Bailey in a video released by NCMEC.

►IN OTHER NEWS: Sophie's Nightmare: How a Georgia mother allowed her boyfriend to impregnate her 10-year-old

The cause of death has not been determined, but according to the NCMEC, there were signs that the boy had been cared for.

"There wasn't a case where there was an obvious case of malnutrition, neglect, poorly-cared for -- anything like that," Bailey said.

Bailey said the boy's clothing were "above the average means for most income levels."

PHOTOS: Do you recognize this boy?

"His shoes were well-tied, well-laced and knotted properly," Bailey said. "That means somebody bothered to spend time with this young man."

The boy was believed to have been around 4 to 8 years old at the time of his death.

He stood around 4' tall and weighed around 50 pounds, the NCMEC said.

Advanced forensic analysis of his bones and teeth suggest that the child was likely born and raised in the southeast United States, most likely Georgia or Florida, the NCMEC said.

On the 20th anniversary of the day that the body was found, NCMEC released a new facial reconstruction image from the skull.

►IN OTHER NEWS: Police: He took a cupcake. They beat him to death with a baseball bat.

►ALSO: This child was found inside of a TV cabinet 29 years ago