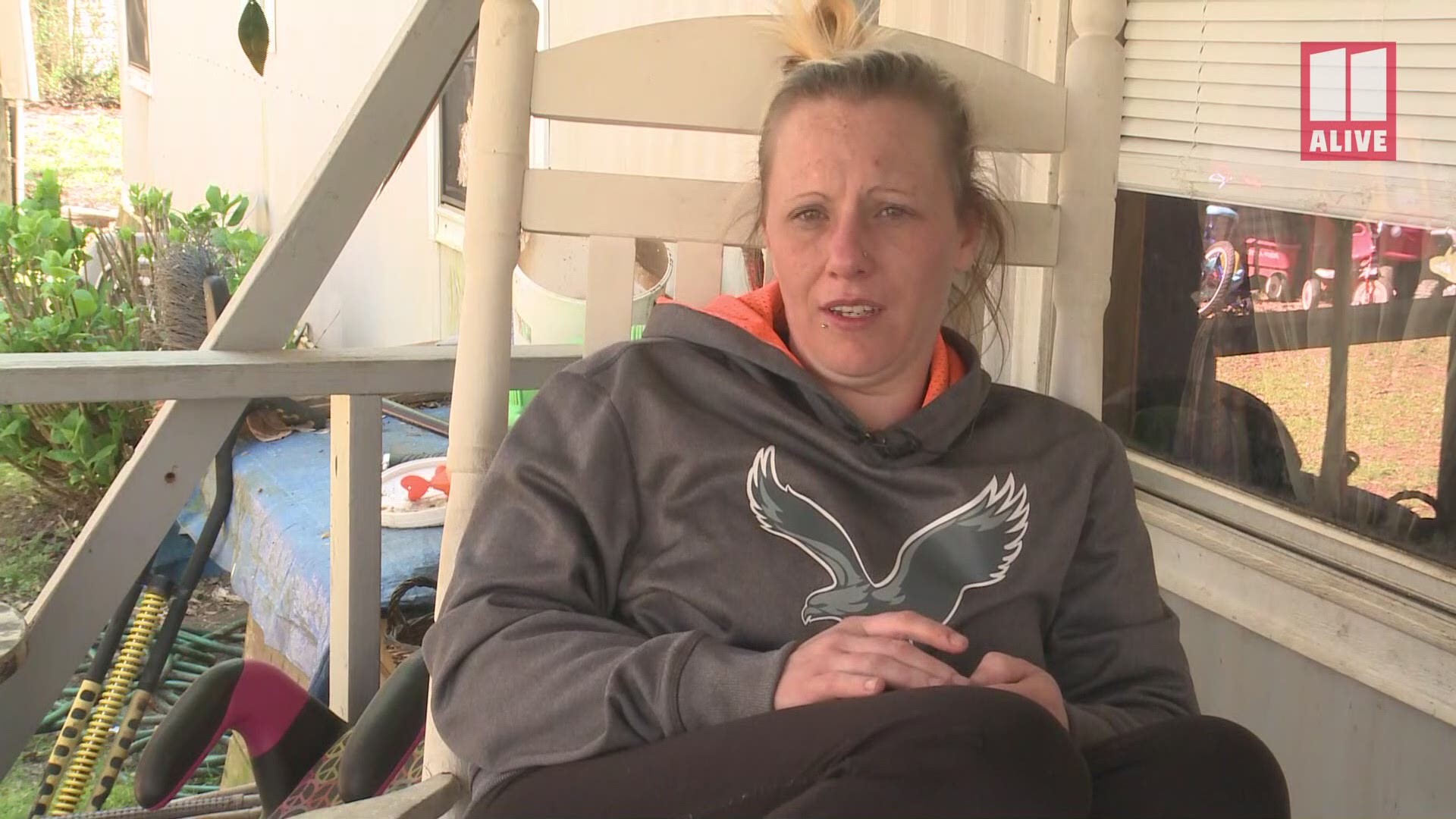 The child will be medically examined before she is returned to her mother but the girl is in good condition.

"I jumped up for joy, it feels like the weight has been lifted off our shoulders. This one has a happy ending," said Arcade Police Chief Randy Williams.

Robert Joseph "Joey" Peeples is still at large. He is now facing charges of aggravated assault and kidnapping.

A huge manhunt is underway for 1-year-old Baylee Sue Peeples, the subject of a Levi’s Call who was taken by her father from her mother’s home in Jefferson.

Tiffany Aycock said Baylee's father, Robert Joseph Peeples, sped off with the child in his car after the couple got into an argument outside her home on Rock Forge Road.

“I got out and I went to get Baylee out and he told me no, you’re not taking her out of the van, she’s going with me,” Aycock said, sobbing as she waited for news on her porch. “I tried to get her out anyways, I tried to unbuckle her and he mashed the gas and slung me out of the van … I almost went under it. If my purse hadn’t caught the tire, I’d be under it.”

Aycock said as Peeples sped off, her daughter’s baby doll and jacket fell out of the van.

Authorities were able to ping Peeples’ cell phone as he drove on the spaghetti junction heading toward Mississippi. He is believed to be driving a white 1993 GMC Vandura Van, with the license plate RIK1620.

Baylee lives with her mother and while Aycock and Peeples are dating, they don’t live together. Both also have children from prior relationships and Baylee is their only child together.

Police believe Peeples could be headed to Winder, Gwinnett or Mississippi. While police said they believe Baylee is in "extreme danger," Aycock told 11Alive that she doesn't believe he would hurt their child.

“We used to be so good together, but it’s just gone on now that we can’t go a day without going at each other,” Aycock said. “I don’t think he would hurt her. I know he wouldn’t hurt her, but this isn’t right.”

Baylee Sue Peeples was wearing a pink shirt with ruffles and pink leggings with pin stripes and black and white hearts on it, Aycock said. According to the Levi’s Call, the child’s shirt said “Always Amazing” with hearts and a pink and black jacket with the word “Love” on it. The little girl has blue eyes, curly blonde hair and is about 3 feet tall.

“She’s very sweet, talkative, funny …. She loves animals. We go into a store or something and she says ‘hey’ to everybody. She makes me sing songs to her every night before she goes to sleep …. That’s my world,” Aycock said. “I don’t like this feeling. I just want my baby back.”

Credit: Provided
1-year-old Baylee Sue Peeples is missing and believed to be with her father, Robert Joseph "Joey" Peeples.

Aycock said she has been dating Peeples for about three years.

“We met during the darkest time of my life. He became my best friend, he loved me when I didn’t love myself,” Aycock cried. “He made me better, he was so good to me.”

39-year-old Robert Peeples is a white male, about 187 lbs. and around 5’10” with blue eyes and blonde hair, in a buzz cut. Arcade Police Chief Randy Williams said he has a history of violence against his family and multiple prior charges dating back to 1997. They include battery, second-degree child cruelty and disorderly conduct in the years before he met Baylee's mother.

He has also been charged with probation violations, failure to appear and interfering with a call for emergency assistance.

Credit: Gwinnett County Police Department
Robert Joseph Peeples is accused of taking 1-year-old Baylee Sue Peeples and the child is believed to be in "extreme danger."

“This isn’t how we’re supposed to be. He used to be my best friend and knowing me, he understood me and then everything changed,” Aycock said. “It’s wrong. This isn’t supposed to happen.”

Anyone who has seen Robert Peeples or Baylee Sue Peeples or might know where they are headed is asked to call 911 or the Arcade Police Department at 706-367-1821.

Wife who cried on camera begins trial for husband's murder