'Is he OK?' Family desperate for answers in search for CDC employee missing since Monday

It's the question they've been asking since 35-year-old Timothy Cunningham was last seen. 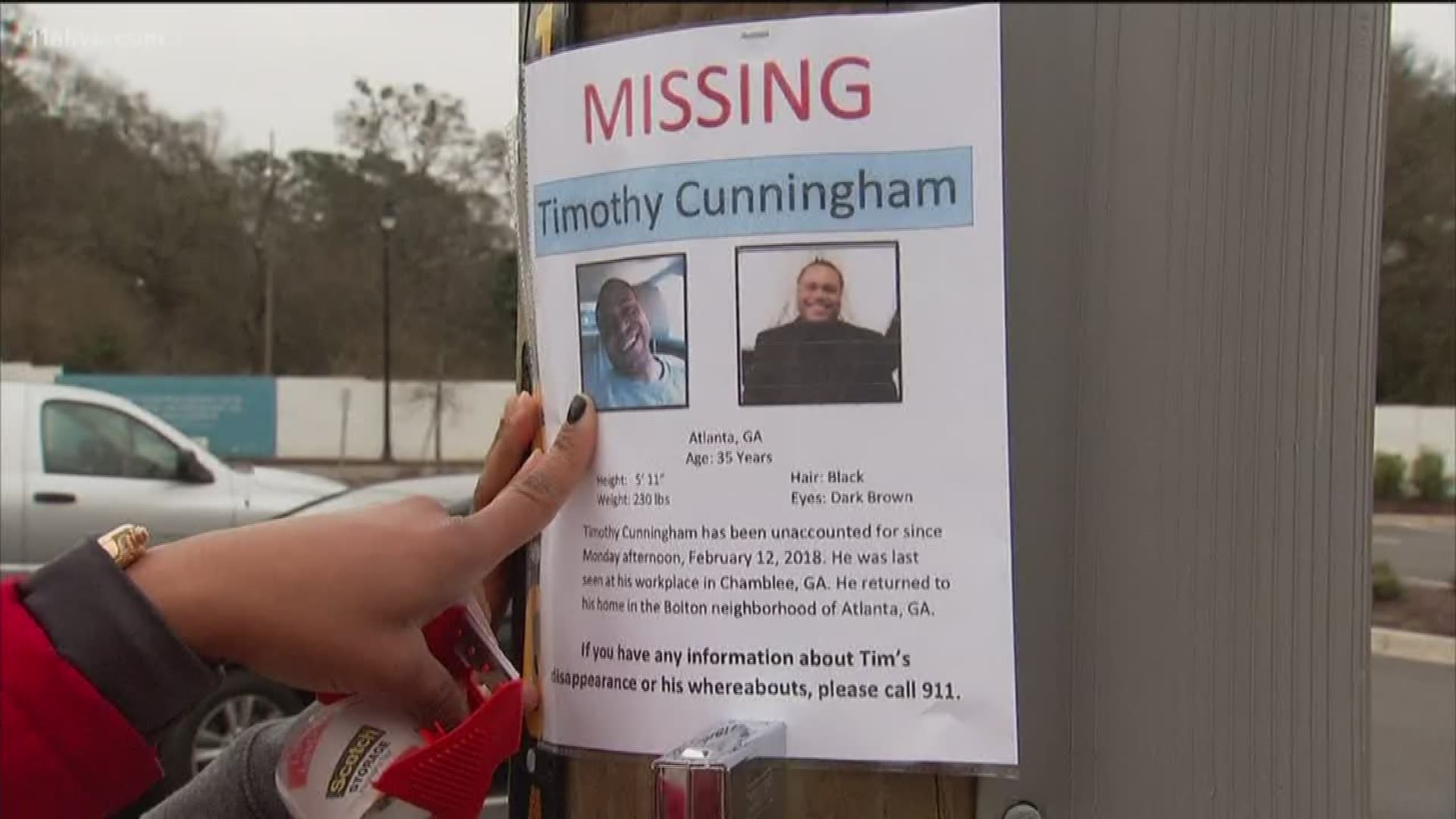 ATLANTA — Family and police are continuing their desperate search for a Centers for Disease Control employee not seen in nearly a week.

Authorities confirmed they are searching for Timothy Cunningham of Atlanta's Bolton neighborhood. The 35-year-old is a commander at the CDC and was once named to the Atlanta Business Chronicle's 40 under 40.

11Alive's Ryan Kruger spoke to Cunningham's family Saturday as they posted signs around his neighborhood. Cunningham's wide smile flashes back at people from the poster. Family said it's that smile that's getting them through this difficult time.

"All of this is an effort to find him and bring him back home," Cunningham's father told 11Alive.

Cunningham is a graduate of Morehouse College and was recently promoted to his current position at the CDC.

"He's a scientist, so he has a very methodical mindset and an outgoing personality," family said,

Friends told 11Alive that Cunningham was last seen by coworkers Monday the at the CDC office in Chamblee, Georgia. Friends said he was feeling sick, so he left work early and said he was going to finish his work from home. That was the last time anyone saw him and he hasn't been heard from since that day.

Family said there's a sort of family rule to be in touch with one family member at all times. Usually, that's Cunningham's sister. She said the last time they spoke was Monday, then nothing. To not hear from him for this long, family said, is very out of the ordinary.

"He didn't respond to any calls, and that in itself had us wondering, "Is he OK?'," Cunningham's father questioned.

Timothy Cunningham is described as about 5 feet 11 inches tall and 230 pounds with black hair and brown eyes. Anyone with information on his location is asked to call 911 or Atlanta's Adult Missing Persons Unit at 404-546-4235 immediately. Family members believe he could be in his work uniform but they aren't sure.