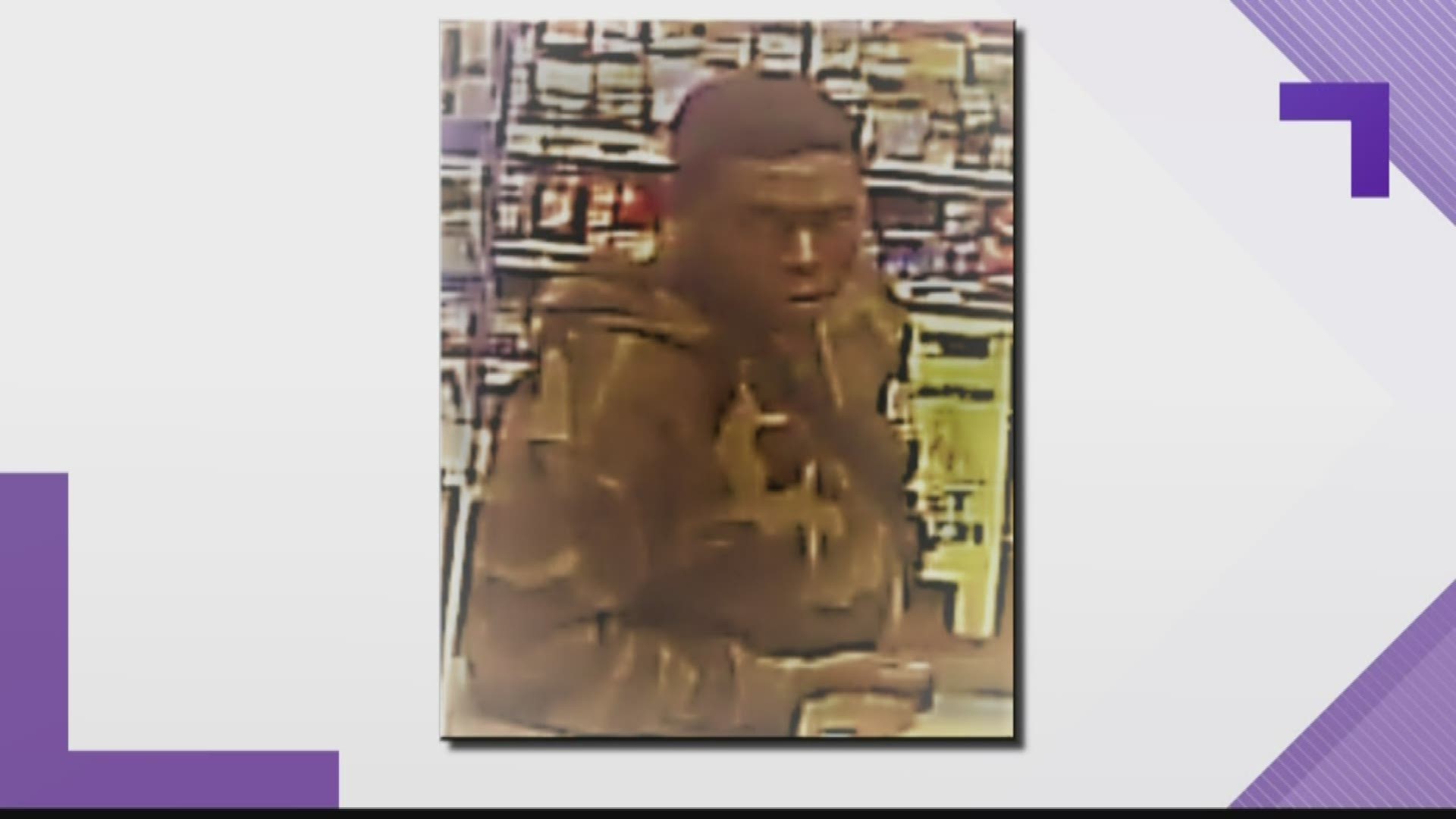 AUBURN, Ala. — It's been two weeks since a 19-year-old college student from Auburn, Alabama was last seen.

Authorities have released surveillance photos of a person they want to speak with regarding Aniah Haley Blanchard's disappearance.

She was last seen on Oct. 23, and was reported missing the next day. Police later found her damaged car in Montgomery, about 55 miles away.

Last week, police released a short video showing Blanchard at a convenience store located on South College Street just before her disappearance. On Wednesday, Auburn Police Division released photos of a man, who they said was inside of the store at the time Blanchard was also last seen.

In the photos, he's wearing dark-colored pants, dark-colored shoes and a camouflage colored hooded jacket with “Vans” in white writing across the back.

Police said the surveillance video captured the man leaving the area in what appeared to be a late 2000’s model Lincoln Town Car, silver or gray in color.

Officers did not label the man as a suspect, but said they want to identify him and to speak with him as a part of their investigation.

RELATED: Video shows missing student from Auburn on the night of her disappearance

Blanchard, a student at Southern Union State Community College, is the stepdaughter Ultimate Fighting Championship heavyweight Walt Harris. He has issued pleas for help on his social media platforms.