A paraplegic, 78-year-old Daniel Kwon hasn't been seen since September of 2019. His daughters and police believe multiple people may know where he is. 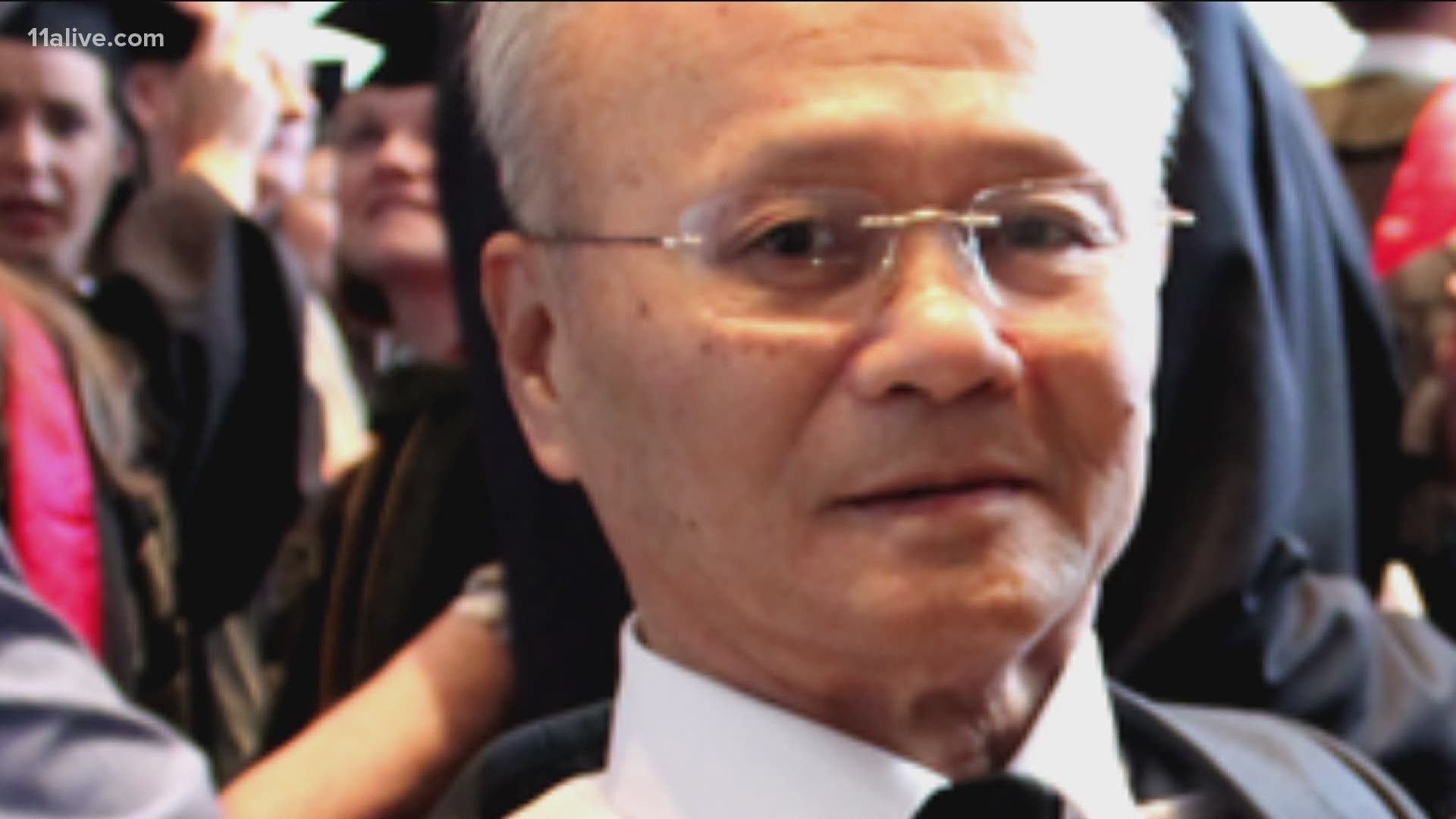 DEKALB COUNTY, Ga. — DeKalb Police are renewing calls for help finding a disabled elderly man whose disappearance, they believe, was not by choice.

It's been just over a year since 78-year-old Daniel Kwon disappeared and clues to his disappearance have been fairly limited since that day. But the urgency in finding him hasn't ceased for one very important reason.

"Based on the investigation conducted by our detectives, we have reason to believe Mr. Kwon's disappearance is not of his own free will," Captain Theodore Golden of the Special Victims Unit said in a Friday press conference.

Kwon, police said, was last seen on Sept. 3, 2019, and he was reported missing two days later. His daughters, Katherine and Grace, said he was paraplegic and was unable to get around easily on his own. However, on Sept. 6, his specially-modified vehicle was found, along with other possessions, in Gwinnett County at Sugarloaf Summit Apartments. These were found after his daughters tracked his phone.

After a canvas of the area around the complex, a radio dispatcher with the Gwinnett County Police Department said she recognized the vehicle, saying it had been to the location several times. She then directed police to the apartment where she believed he had previously been.

Upon knocking, police said a friend of the family aiding Kwon's daughters in the search found a woman, Mi Young Cho Jeon, who allegedly attempted to leave out the back door with a motorized wheelchair in her possession.

Jeon told police that she knew Kwon from church and that he had told her that three people would arrive to pick him up just two days earlier. However, he would not tell her where he was going and she had no idea where they could be.

As for Jeon's connection to Kwan, she told Gwinnett Police at the time that she had cooked for him and that he had financial concerns related to his daughters.

However, at Friday's press conference, Grace pushed back at the idea suggesting that whoever had taken their father may have been after money and that, because she helped managed his finances, she noticed a large sum of money missing from his account when he disappeared.

"We believe that he is missing due to this fact," Grace said. "And most importantly, we know that he wants to come home to his family, but physically, he is not able to come home alone - by himself"

She added that her father is also on medications that he may have been going without for the last year. But due to his disappearance, they have no way of knowing for sure.

Police confirmed at the press conference that Jeon was considered a person of interest in Kwon's disappearance but denied that she was a suspect.

"Well, we have a few persons of interest, so it's not just her," Capt. Golden said. "Anybody that we can link with Mr. Kwon during the last hours that we can definitively say that he was around, we're going to use it - label them as a person of interest."

As the months, days, and now a year, continue to pass without their father, Grace shared a message she hopes will reach him - wherever he may be.

"Hang in there, we're coming to help and find you, so don't give up," she said. "Because we love you and we know that you love us and just don't give up. We're coming."

Her sister Katherine, meanwhile, described his disappearance as a living nightmare that she hopes someone will help come to an end.

"Please help us find our father and bring him home," she said crying. "We are begging for your support."

Anyone who may have information on Kwon's location is asked to contact DeKalb Police immediately.