Leila Cavett disappeared last month and law enforcement officers are doing everything they can to trace her last steps. 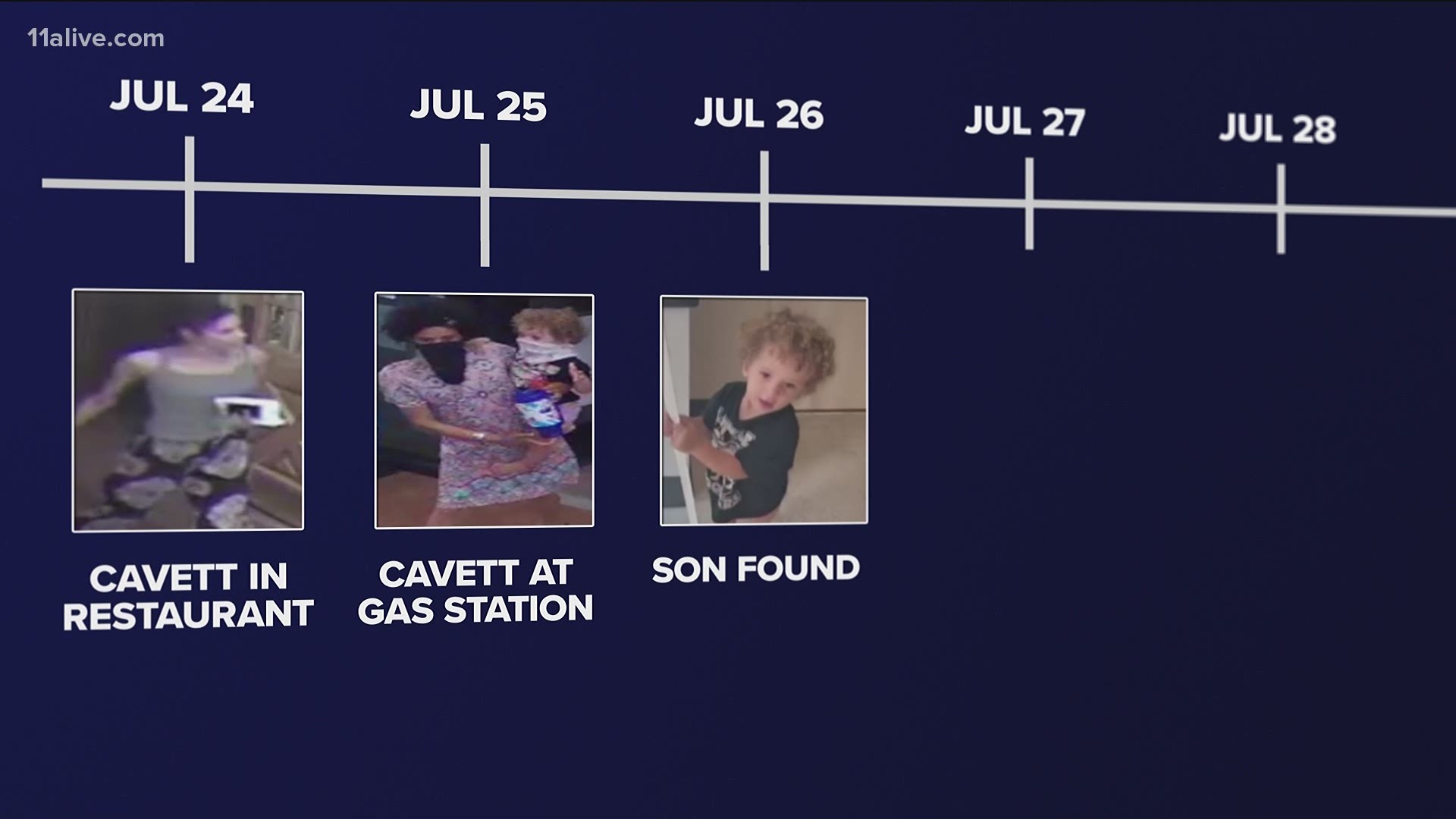 MIAMI — The search continues weeks later for the missing mom of a boy who was found wandering in south Florida, hundreds of miles away from home.

Leila Cavett disappeared last month, and law enforcement officers are doing everything they can to trace her last steps.

Police said Cavett is from Alabama but had been staying in the Atlanta and north Georgia areas recently. At some point, however, police believe she left Georgia to head for south Florida.

Late last month, on July 26, Cavett's little boy was found wearing nothing but a shirt and a diaper near Miramar, Florida, wandering outside alone.

The Federal Bureau of Investigation has since joined in to help with the search.

NBC 6 in Miami reports Special Agent in Charge George L. Piro said at a Thursday news conference that Cavett's disappearance is "very mysterious" and that it's not in her character for her to be separated from her son.

They believe she traveled to Florida on July 24; NBC 6 reports that the FBI told them there are photos of her at a Cracker Barrel in Vero Beach.

On the next day, she was seen in the areas of Fort Lauderdale Beach and Las Olas. On that same night, she was spotted at a gas station in Hollywood.

The last time they said she was seen was the night before her son was found. She was spotted near a Walmart parking lot near U.S. 441 and Hollywood Boulevard.

Anyone who has information that could help locate the missing mom should contact police.