Police say they believe 16-year-old Anthony 'AJ' Haszelton's disappearance was 'not of his own free will.' 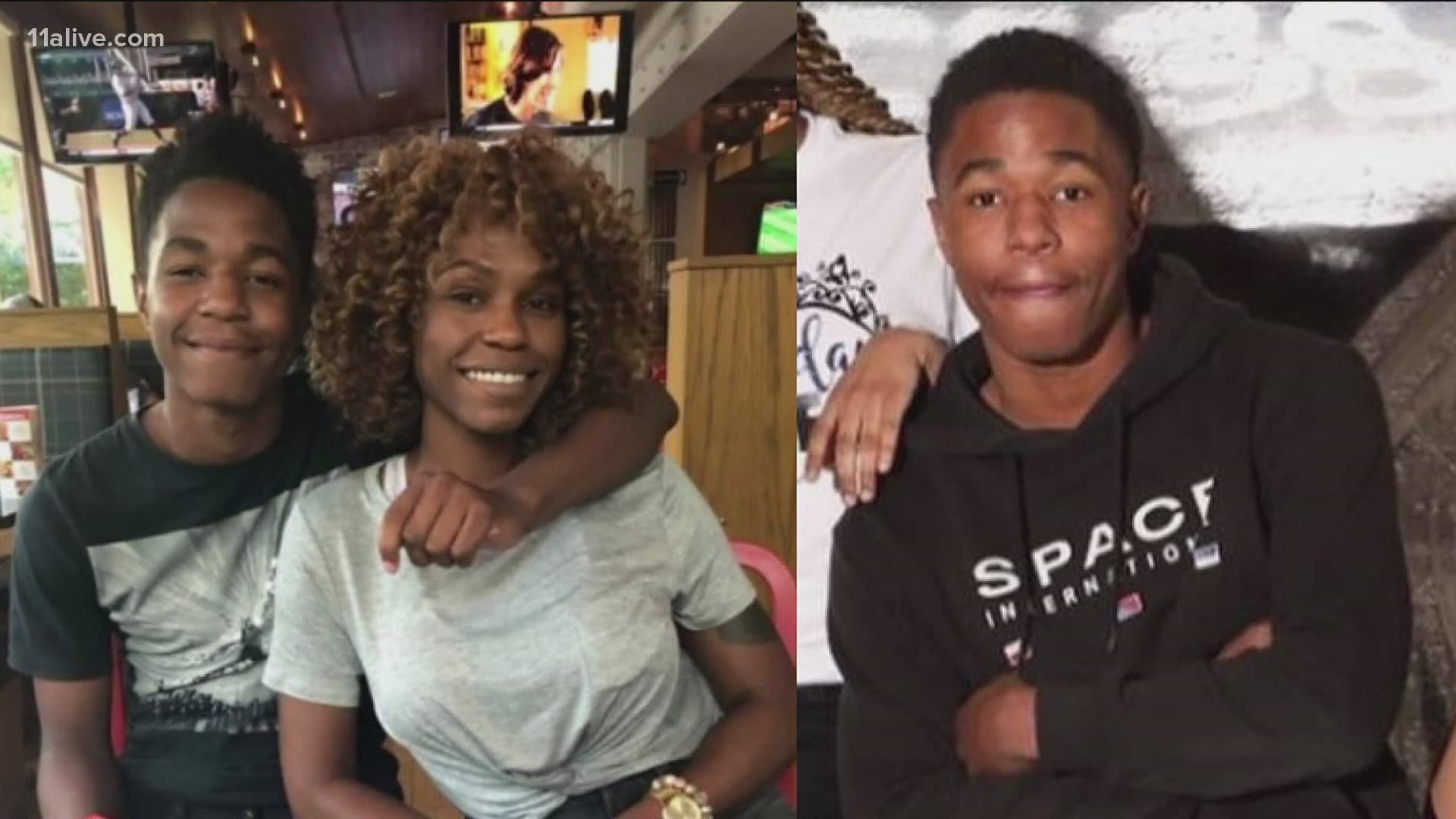 DECATUR, Ga. — DeKalb County Police suspect foul play in the disappearance of a 16-year-old reported missing more than 40 days ago.

Anthony “AJ” Haszleton left his mother’s home off of Cherry Ridge boulevard in Decatur on April 19 - and never went back.

“Anyone that has a 16-year-old brother, cousin, son, can understand how we feel," AJ's mom, Benji Abbey, said through tears during a news conference May 22.

“He’s so loving and so compassionate and he’s my only son," she said. "It’s killing us all inside, not knowing where he is, fearing that he’s in danger or being hurt, or even worse, that he’s dead.”

Benji reported to police that on the morning AJ went missing, she found a girl hiding her son’s closet. The girl told Abbey she was waiting for AJ, who left to run an errand. But the next day, Abbey said one of AJ’s friends texted her, suspecting AJ was in grave danger.

A police report shows the friend told Abbey that AJ was with an older gang member, and warned if he wasn’t back by 3 p.m., something bad happened to him.

“(It) led us to believe his disappearance was not of his own free will," said Capt. T.R. Golden with DeKalb County Police's Special Victims Unit.

After more than a month of investigation, police and Abbey pleaded to anyone who might know what happened.

Abbey called AJ the friendliest person you’ll ever meet and was focused on normal teenage things, like getting his driver’s license and finding a summer job.

“He’ll just come up and give you a hug, he doesn’t have any problem showing affection," she said.

She added that she tried to keep him home and is devastated he left without telling her why.

"Trying to keep him inside, from the coronavirus, not even thinking it would be," she trailed off for a second before continuing, "another factor.”

AJ's seventeenth birthday is in on June 3. His family plans to have a celebration and hopes he’s there with them.

Police said AJ is 6' tall and weighs 175 pounds. He was last seeing wearing a black Nike jumpsuit with white shoes. Police are also searching for a vehicle believed to be connected to AJ's disappearance. It’s a 2005 Black Honda Civic Coupe with the Georgia Tag #RUR1584

If anyone knows anything about AJ’s disappearance or the car, they're asked to call the Special Victims Unit at 770-724-7710.