Do you have a name for this Jane Doe? 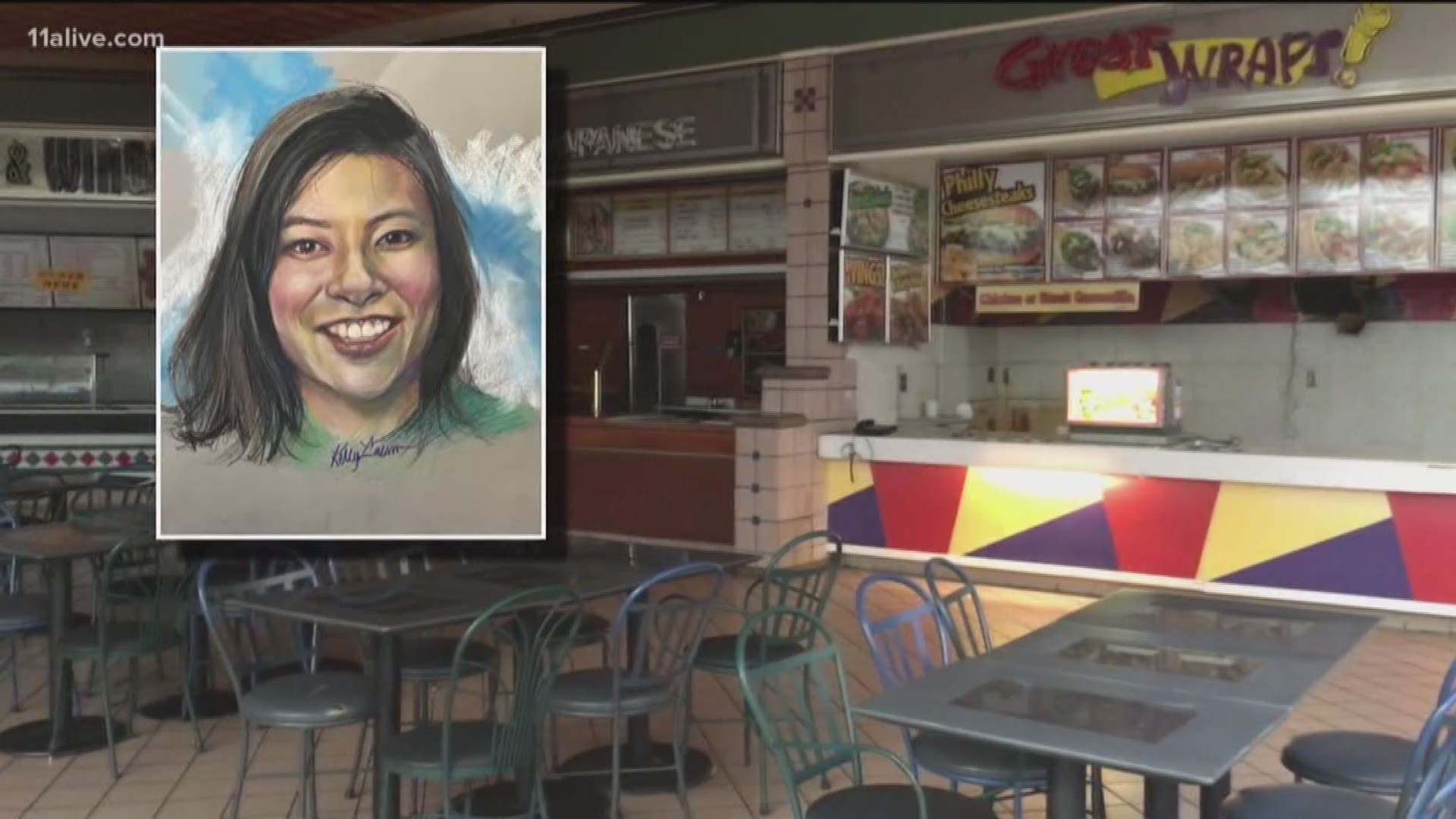 DULUTH, Ga. – They have an approximate height, weight and age—even a sketch—but police need the public's help to identify an Asian woman who was found just before Christmas at Gwinnett Place Mall.

Gwinnett County Police Sgt. Jake Smith said detectives revealed that there were no obvious signs of trauma to her body, but they are considering it a suspicious death.

“I don't think [the medical examiner] has drawn a conclusion yet, but from speaking with the detective it does not sound like she's going to rule it a homicide,” Smith said. “There was nothing terribly obvious like a bullet hole.”

While her identity remains a mystery, the woman, dubbed as “Jane Doe,” is likely 25-30 years old, 5 feet tall and 100 pounds. She doesn't have any distinguishable marks or tattoos and her fingerprints did not match anything in their database, so police are confident she does not have a criminal background.

With a lack of evidence, he said, the public is going to be critical to identifying her.

“Usually when we find a deceased person, there is some something that identifies them, a cell phone, a wallet, an I.D., a driver's license. Sometimes they're found in their own vehicle. So usually it's not very difficult to identify a deceased person that we locate. But in this case, there was nothing to readily identify her,” Smith said.

“I would call it rare. I would say once every couple of years we get a truly unidentified person that we have real difficulty identifying. So, within our records there's, there's probably only single digits of cases ever in the history of the department where we never identified the person at all.”

But, that's exactly where police find themselves now—searching for this Jane Doe's name, family… identity.

On Dec. 21, 2017, Gwinnett County Police Officer Ben Muckle responded to a deceased person call at the mall at approximately 11 a.m., according to the police report.

Upon arriving, he said, he met with a maintenance worker who found her during a routine check he performed in an abandoned Subway restaurant located in the food court. Since the side door was locked, the worker told Muckle that he jumped over the counter to access the back room.

That's where he found an Asian woman dead.

The woman had black hair and was wearing a black, mesh-style jumpsuit, and her black tennis shoes were lying next to her feet.

She was in an “advance stage of decomposition,” according the report. The medical examiner estimated she had been dead for about two weeks, Smith confirmed.

ANOTHER INVESTIGATION: Mystery off I-85 | Do you know Jane?

Since Atlanta is a travel hub, Smith said, they are consulting with the FBI, in an effort to get her information across the country in case her family isn't local.

“It certainly will go out on a nationwide scale, and we'll enter her fingerprints and DNA when we have it into the national database, so if it matches up with something from another jurisdiction that we haven't heard about, that other jurisdiction can match it for us as well,” he said.

ANOTHER MYSTERY: The Dumping Grounds: A trail of bodies hidden in plain sight

But for now, they are relying on someone local seeing her sketch by the Georgia Bureau of Investigation, and knowing who she is.

LINK: Missing in Georgia: Have you seen us?