Race against time to find missing hiker in 'treacherous' terrain

Eddie Noonkaster went missing after authorities believe he got disoriented along the trail. Now, it's a race against time, weather and risky conditions to find him. 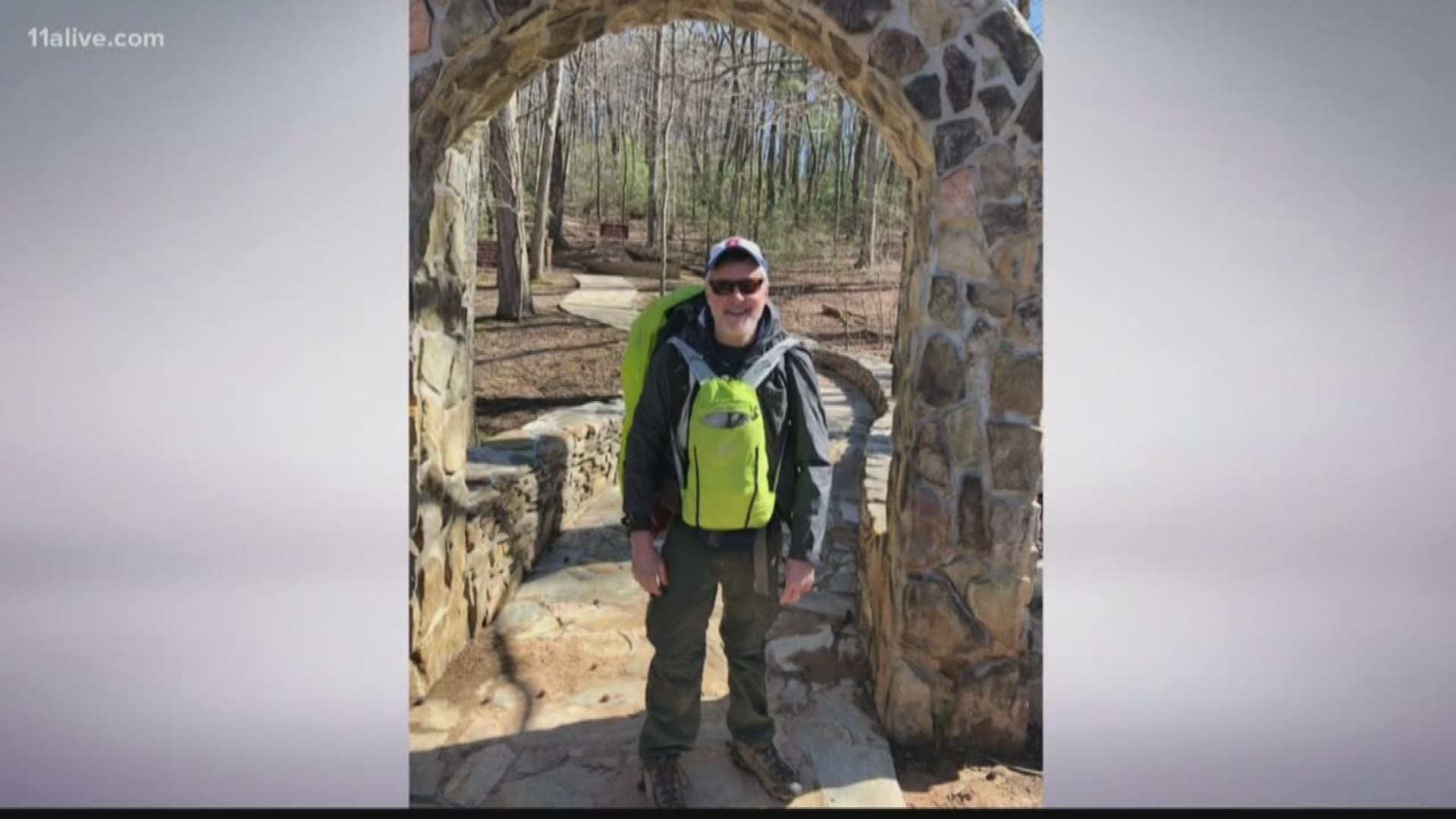 DAWSON COUNTY, Ga. — Days after a hiker went missing along a trail in the north Georgia mountains, authorities are mounting a massive search to help bring him back home.

The Dawson County Sheriff's Office said Eddie Noonkester began a "thru-hike" along the Appalachian Trail in Georgia Friday. His goal, authorities said, was to hike north for six months along the trail and end in Maine. But he got lost along the way.

It's now a race against time and weather to find him.

"We have a high focus on trying to locate him as quickly as we possibly can," explained Fire Chief and EMA Director for Dawson County, Danny Thompson.

According to Thompson, a friend of Noonkester called 911 on Sunday morning, Feb. 16 to report that the hiker had been experiencing cramping. About 20 minutes later, Thompson said Noonkester himself called 911, but as dispatch spoke to him, he sounded confused and disoriented, and couldn't tell authorities where he was.

All contact with him has been lost since then.

Thompson said they began staging a multi-agency search Sunday and continued the search from Monday night through the evening.

Searchers were able to ping Noonkester's cellphone on Sunday, which showed his last location was near what's called the approach trail for the Appalachian Trail, in the area of High Shoals Road and the Len Foote trail, toward the visitor's center and Cochran Falls. Coordinates from that ping have been shared with search parties, and that's where they are focusing their search, however, Thompson said they haven't been able to ping the hiker's phone since, suggesting that the device has died.

Amid the search, however, Thompson said they found some of Noonkester's personal effects off the hiking trail, and have verified with family that they belonged to him. So, on Monday night, authorities focused their efforts near that area, searching with K-9's on until the weather deteriorated.

With increased rain in the forecast - and even a slim chance for winter weather Thursday - Thompson said their priority is "to try and find him in the next 48 hours."

But it may prove a difficult task. Thompson said the "treacherous" terrain has made it increasingly difficult to search. Their biggest concern in the process of the search is "slips, trips, and falls," as well as fog on the mountain that moves in, bringing visibility down to zero.

"The terrain is very, very difficult," he admitted. "You couple that with the heavy downpours that we've had and will continue to have throughout the day and over the next 72 hours, we are going to continue to push for this search for Eddie and hope for a positive outcome."

Thompson said they have at least 50 people actively searching for Noonkester at one time, including representatives from the Georgia Emergency Management Agency, the Department of Natural Resources, the National Parks Service, as well as fire and law enforcement agents from local departments. But, they want anyone on the trail to keep their eyes open for anything out of the ordinary.

"Anybody who is on the trail, any of the hiking areas here in Dawson, Lumpkin, Fannin, Union County, if you see him, please call Dawson County and let us know you've seen this individual so we can investigate," Thompson said.

Thompson said Noonkester is about 60 years old and is 5'10" tall and weighs about 200 pounds. He said the hiker has gray hair and a noted gray goatee. Family said the North Carolina man doesn't have any known medical issues, but has a family history of dementia. They said they feel he may have been showing signs and symptoms of dementia over the last few months, but he has not been officially diagnosed with the conditions.

Despite the steep challenges searchers face, Thompson commended all those involved for meeting them.

"They're doing a fantastic job trying to cover a large area - and it's very, very difficult," Thompson said.

If anyone comes across Noonkester, they're asked to call 911. Authorities have also set up an email address at DCSAR@dawsoncounty.org for anyone who wants to volunteer to help in the search of Noonkaster. They are asked to include their name, contact information, experience level with hiking and their availability for assisting.