Tiffany Foster Starks and Olivia Fowler are both mothers to three children. 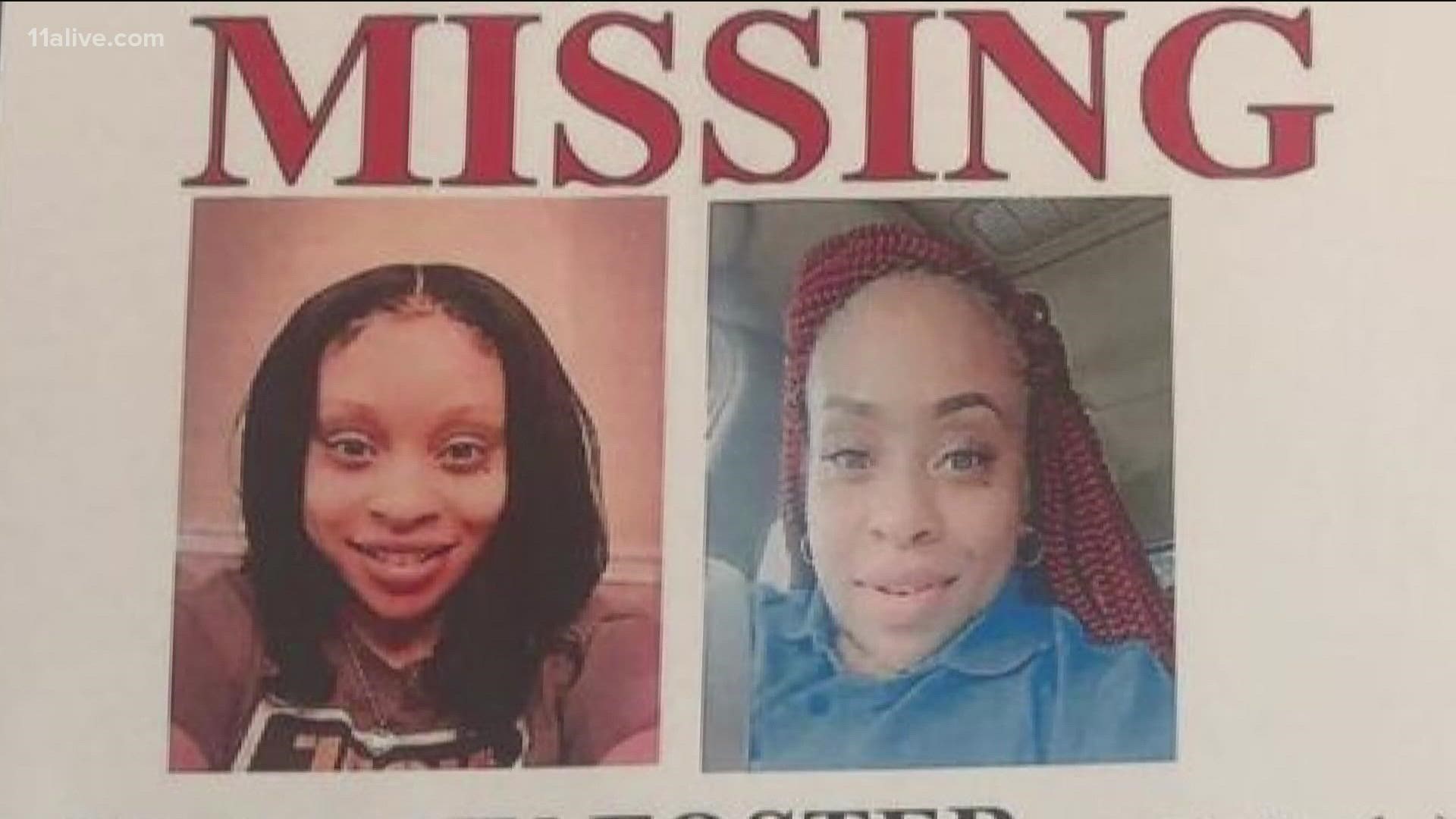 ATLANTA — Some Georgia families are hoping Gabrielle Petito’s case can help bring awareness to other women who are missing in the state.

There are 166 women from Georgia on the National Missing Persons database. Tiffany Foster, who also goes by Tiffany Starks, was added to the list when she left to go to the grocery store on March 1 and never came home.

"Her mom goes out and searches for Tiffany every day. She passes out fliers every day. And she gets her name out there the best way that she can since March 1st," Mira McClinton Reid said.

McClinton Reid volunteers to help search for Foster, but she said it's hard to know where to look.

She said Foster's friends and family have been frustrated by the slow progress in the case.

Her wallet and belongings were found inside her car March 8 – days after she was last seen. Foster's fiancé was later charged with theft for moving it but is not named as a suspect in her disappearance.

Foster, described as a loving mother of three, was just weeks from graduating school to chase her dream job in law enforcement.

"For you to know her, you would know her by her laugh. Her laugh is unforgettable. She has a smile that will light up a room. She's very vibrant, she's a positive person," McClinton Reid said.

McClinton Reid said her family and friends are holding out hope that she's alive, and that somehow she'll come back to them. Foster's case is still open with the Coweta County Sheriff's Office but they did not respond to requests Monday for new information on the case.

Another mother of three children is missing in Meriwether County –  her case is also unsolved.

Olivia Fowler is the first name listed in the National Missing Persons Database for Georgia. She's the most recent disappearance reported. She's been gone for 38 days.

Fowler's grandmother also passed away and she missed her funeral. McCoy knows Fowler would have been there if there was any way she could.

Olivia was reported missing after seeing a man she was dating, according to McCoy. Police have not named him as a suspect and reported she went missing wearing a tank top and flip flops.

McCoy drives around their hometown in Meriwether County endlessly looking for her niece.

"I got her clothes in the back seat of my car. 'm riding around with them for four weeks now because one ad said she had no shoes and only a tank top, so I want to make sure she has what she needs. I won't take it out of the car," she said.

Meriwether County Police told 11Alive that Fowler's case is open and they're actively searching for her, but did not share any new information.

McCoy said she's holding out hope that Fowler is alive, and that she'll come back to her family.

"Her thing is, before you hang up the phone, she always says, 'I love you with all my heart'," she said.

McCoy said she tells Fowler's children every day how much their mom loves them that if she could, she would be with them right now.

1 / 8
Contributed
Tiffany Foster Starks and Olivia Fowler are both mothers to three children.