A timeline of Cunningham's last days pieced together by 11Alive show a man dealing with issues, both personally and professionally. 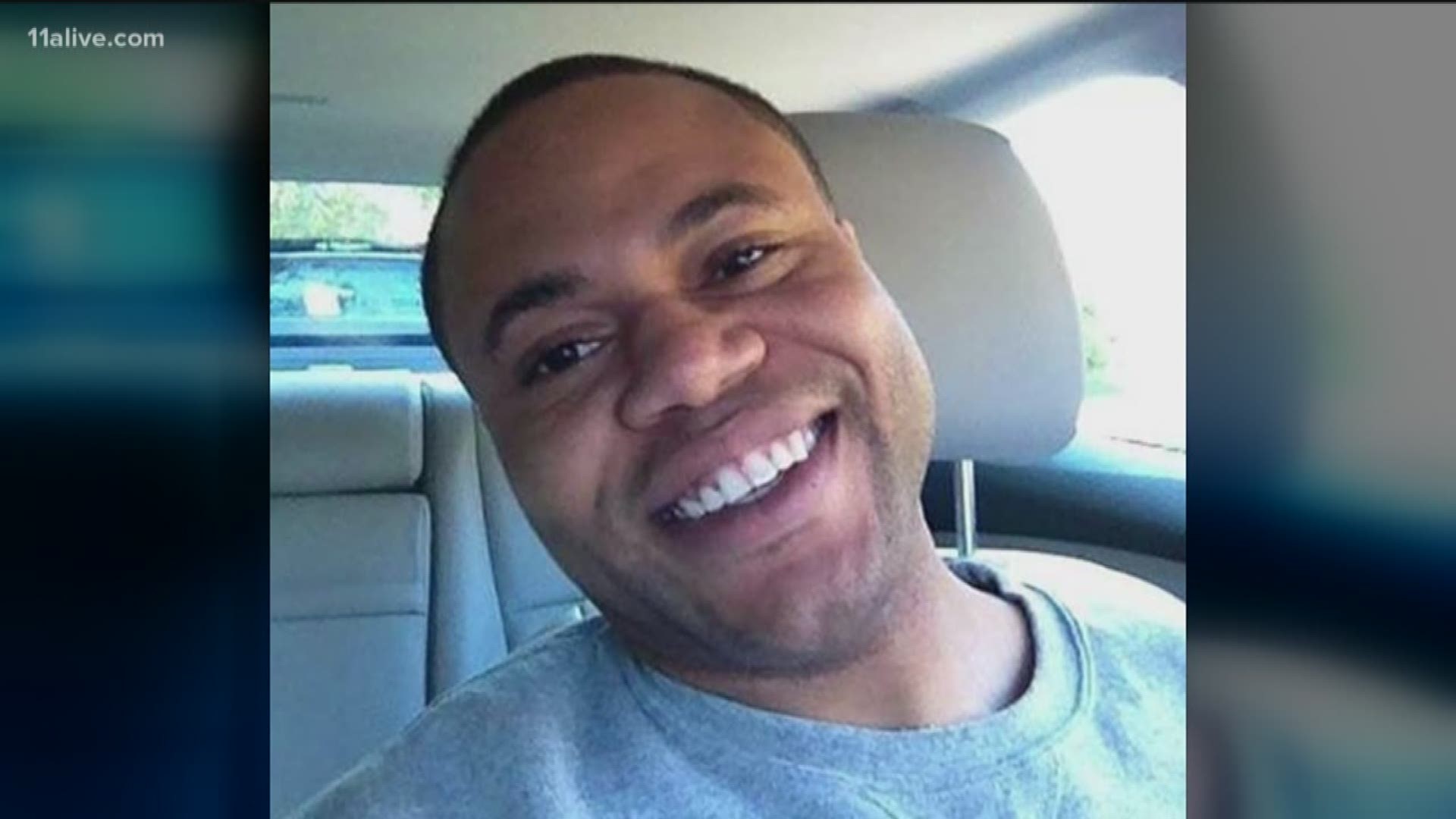 ATLANTA — Two weeks after authorities ruled a missing Centers of Disease Control worker's death a suicide by drowning, the Atlanta Police Department is releasing their entire case file, hoping to put the lingering questions to rest.

On Feb. 12, Timothy Cunningham seemingly disappeared after arriving to work, but leaving early after calling out sick. After an intensive search, investigators recovered his body from the Chattahoochee River April 3, just a few miles from where he lived.

While the Medical Examiner's office ruled Cunningham's death a suicide by drowning, many questions have lingered since investigators closed their case.

PREVIOUS | Cause of death released for CDC scientist Timothy Cunningham

On Monday, 11Alive obtained the case file from detectives trying to piece together what happened to Cunningham. The more than 600 pages of documents – which include financial documents, text messages, and statements from friends, family, and tipsters – build a picture of why investigators came to the came to the conclusion they did: that Cunningham took his own life.

A timeline of Cunningham's last days pieced together by 11Alive show a man dealing with issues, both personally and professionally.

Statements from a number of Cunningham's friends, family and colleagues say he didn't seem to be outwardly struggling with demons in the months leading up to his death. But they report he seemed confused and even paranoid in the days leading up to his disappearance.

Both his sister and a best friend said Tim wanted to start dating again, but may have suffered a recent rejection that also coincided with a passed over promotion at work.

According to an investigator's notes, Nell Bradley, Cunningham's best friend, told police "she thinks something at his job, combined with the person he had tried to reconnect with caused a mental breakdown." Bradley described a similar breakdown in 2010 as well.

11Alive's Natisha Lance reached out to Cunningham's parents about the release of the file, but their response was just that they wanted their son "to rest in peace."

Below is a timeline showing Cunningham's final days.

Wednesday, Feb. 7 | Cunningham sends an email to a commander, resigning from the Rapid Deployment Force, a group performing duties separate from his agency duties.

During an interview, the commander in charge told investigators Cunningham called him before submitting the letter to ask about the resignation process and sounded “exasperated.”

“Tim felt the recent demands were too much for him to continue being a team member,” the commander wrote in an email to investigators.

Thursday, Feb. 8 | Cunningham's superiors tell him he did not get the promotion he was up for.

Friday, Feb. 9 | Cunningham calls out sick from work. A friend of Cunningham's sees him at El Bar later that evening. Cunningham was alone.

Saturday, Feb. 10 | Multiple people reported seeing Cunningham that morning around 9:15 a.m. walking down a trail near Adam and Marietta Drives.

On the same day, Cunningham is seen on surveillance video withdrawing $200 from an ATM at a Publix on Marietta Street. Documents show he used cash to buy an Evian water bottle and probiotic.

Later that evening, Cunningham went to Westside Pizza with a friend and had drinks at the Factory. The friend then dropped Cunningham off at his home off Harry Brooks Drive.

Sunday, Feb. 11 | This is the last time Cunningham's father, Terrell, spoke to his son. Terrell described Cunningham as being "confused" during the conversation, during which the CDC employee accused his father of being "controlling."

Cunningham made a call to his mother Tijuana around 7 a.m. before heading off to work.

Cunningham made a brief call to his sister Tiara, during which he mentioned something about buying crystals, however, Tiara told him that she had to go back to work.

Tiara said she called back at 7:15 a.m. to talk to him more about the crystals he told her he bought. However, when she brought it up, she said he seemed paranoid and asked how she knew about them. He ended the call on an ominous note, saying she would have to "figure things out for yourself."

Cunningham's key card shows him access the CDC building off Clifton Road around 9 a.m., but around lunchtime, between 1 p.m. and 2:30 p.m., Tim asked to go home early because he wasn't feeling well. Police note, on this same day, Cunningham had a further discussion with his boss Janet Croft to discuss the promotion he did not get.

Wednesday, Feb. 14 | Tim Cunningham is reported missing by his mother. Tijuana told police she and her husband drove down from their home in Maryland after they didn't hear from their son, something they described as abnormal.

MORE | 'Is he OK?' Family desperate for answers in search for missing CDC employee

When they got there around 7:15 a.m., they found most of Cunningham's belongings still at the home, including his cars, wallet, watch and credit cards. They also found his dog, which hadn't been let out in days and had messed the floor, inside the home.

Tijuana told police her son didn't keep a clean home, therefore she and her husband cleaned up the house.

At 3:05 p.m., police arrived and Cunningham's parents took him to the garage, where his SUV was still parked, along with several garbage bags of clothing given to him by his parents. During investigators sweep of the home, they found two bookcases with framed photos. Only two of those were turned upside down – a photo of Cunningham with his mother as a child and another of his parents.

Thursday, Feb. 15 | Police start fielding tips from the public about possible sightings of Cunningham. One report says a tipster spoke with someone outside a Best Buy on Caroline Street who was asking for money. The man said he wasn’t a bum, needed money for gas and that he worked at the CDC. The tipster said the man tried to show his ID, but the witness didn’t look at it. Police asked if there was video on Caroline St. near Best Buy—there is none.

Friday, Feb. 16 | This is the last time CDC I.T. says Cunningham's computer was accessed. Family and friends tell police they are creating flyers and searching the neighborhood for Cunningham.

Police get a tip that Tim may have been spotted at a Publix on 950 Peachtree Street, so investigators go to the store. Surveillance video shows someone walks into the store resembling Cunningham, but family tells police that is not him.

Tuesday, Feb. 20 | Investigators obtain text messages from Cunningham's phone, most from people asking about his whereabouts. This day, investigators also discovered a GoFundMe campaign for Cunningham that has raised $12,000.

Thursday, Feb. 22 | Police canvas the trails near Cunningham’s home in hopes of finding any clues. They do not.

Saturday, Feb. 24 | Police speak to Nell Bradley, a best friend of Cunningham's. They ask her about her thoughts on Tim’s disappearance and tells them that she thinks, “Tim may be somewhere that he doesn’t want to be found.”

She told police she believes the promotion and failed attempts to reconnect with someone from his past caused a mental breakdown. She mentions a previous breakdown in 2010 but doesn't elaborate.

Tuesday, March 6 | The reward for information in Cunningham's disappearance grows to $15,000.

Tuesday, April 3 | Authorities get a call around 9 p.m. to respond to Donald Lee Hollowell near I-285 northbound for calls of a body. There, they met with two people at a RaceTrac gas station on Veterans Memorial who told police they spotted a body on the river.

The detective assigned to Cunningham's case gets a call that a man had been pulled from the river by Atlanta Fire and Rescue. The detective is told it was possibly Cunningham based on a tattoo on the man’s right ankle that was similar to one the missing man had.

Wednesday, April 4 | Officials confirm the body found in the Chattahoochee River is Cunningham's. The CDC releases a statement on his death, saying "CDR Timothy Cunningham’s colleagues and friends at CDC are deeply saddened to learn of his death. Tim was a treasured member of the CDC family and his work as an epidemiologist was invaluable to CDC’s efforts to protect the health, safety, and security of Americans."

Tuesday, May 22 | Officials release the cause of death for Cunningham. Chief Medical Examiner Jan Gorniak said he committed suicide by drowning.

Based on everything they found, the medical examiner's office determined the cause of death as drowning, finding no other obvious cause or signs of physical trauma before death.