Police: Suspects in kidnapping disguised toddler as girl after ripping him from stroller

The director of a local organization that helps find children said that, if it weren't for fast-acting local agencies, this story could have ended very differently. 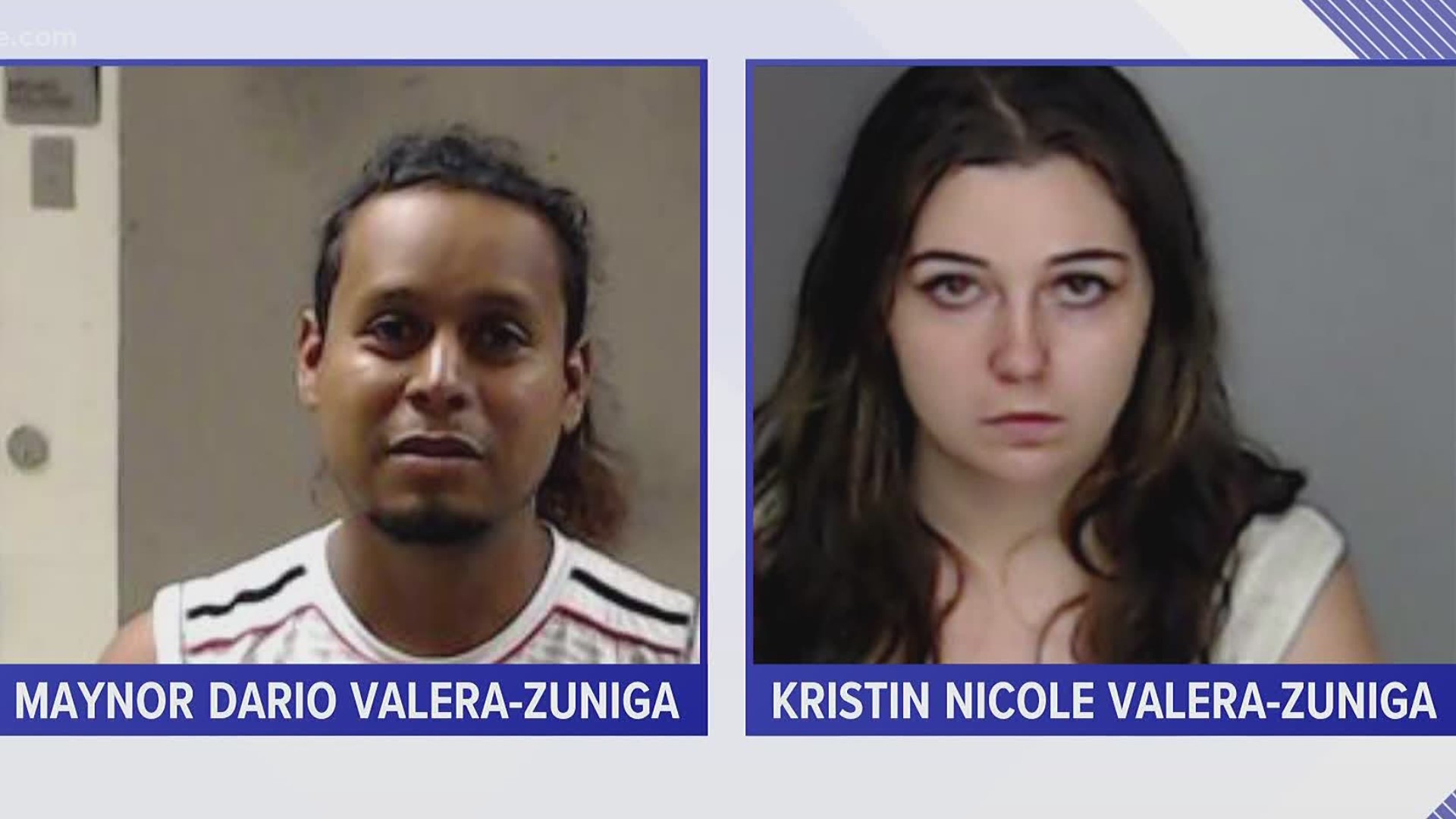 CHAMBLEE, Ga. — New details are being released about a baby boy who was kidnapped at gunpoint - ripped out of his stroller - during a walk with his mother. The two suspects were arrested several miles away.

11Alive has since learned how the suspects even tried to disguise the baby as a girl.

More than 60 miles away from Chamblee - in Carrollton - is where police arrested Maynor Dario Valera Zuniga and Kristin Nicole Valera Zuniga. They're accused of kidnapping 1-year-old Mateo Montufar-Barrera by holding his mother at gunpoint in front of their home and then ripping him from his stroller.

Police said Mateo's mother did everything she could to fight off the one suspect ripping his clothes and taking one of his shoes. She even grabbed his gun.

This happened Saturday around noon. By the evening, officers found Mateo unharmed with the two people who were arrested. Since those frantic moments, police have confirmed that the couple even changed the boy into a dress in an attempt to disguise him.

Police still haven't released any information about the duo's motive, but the child's mother said she didn't know them.

Sarah Koepper is the executive director of local non-profit The Hope Box which helps rescue children in need. She said, oftentimes, cases like this don't have a positive ending.

“Often the children aren't found as fast; so, we're so grateful for the authorities in Georgia for moving as quickly as they did,” she said.

Koepper and her organization, specializing in ages three and under, have worked with law enforcement around the state to help children.

“Seventy-five percent of our most at-risk children are ages three and under,” she said. “About 50 percent of those are zero to one, so you're talking infants are the most at risk for abandonment, neglect, and abuse.”

Koepper said every kidnapping situation she's seen is different, but she urged parents, when out with their kids, to be aware of their surroundings. And she tells others not to be afraid to help.

Both suspects in the kidnapping are at the DeKalb County Jail, now. Chamblee Police are expected to provide more information about the case at a press conference on Monday afternoon.