Advocates for people with intellectual developmental disabilities, and their families, want the unidentified woman to know help is available. 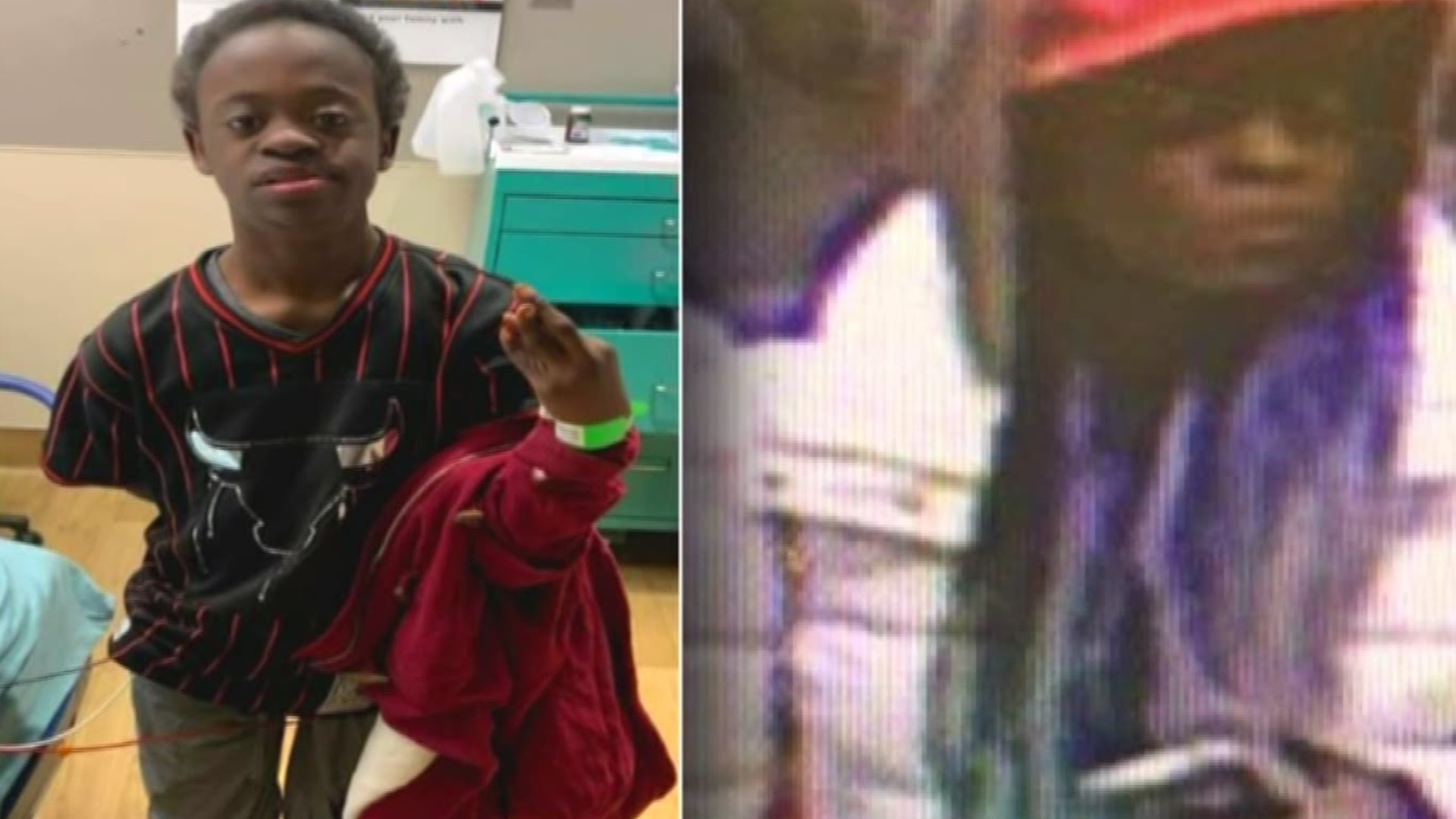 ATLANTA — From all across the country there is an outpouring of support from people wanting to help an abandoned young man, possibly a teen, who has special needs. Many want to help the woman who abandoned him, too.

He showed up at Grady Memorial Hospital in downtown Atlanta last week with the woman, who dropped him off and left.

He has no identification, he is not communicating, and police are asking for help identifying both him and the woman.

The temperatures in the concrete canyons of downtown Atlanta - at Grady Hospital - that night of Dec. 4 were around 35 and 40 degrees.

It was just before midnight when a nurse on break spotted the young man outside the hospital, abandoned, alone, cold, hungry, disoriented, and unable to speak -- and possibly with Down syndrome.

She brought him inside, to the warmth of a whole world of people wanting to embrace him.

“My phone blew up. Facebook blew up. Everybody wants to know how they can help,” said Sheryl Arno, executive director of the Down Syndrome Association of Atlanta.

Arno said everyone in her world wants to embrace both the young man and the woman who took him to Grady that cold night last week. They said she walked him around, inside, for most of an hour without checking in or seeing anyone, then left him there and walked away from him.

Police said security camera video shows her getting into a red minivan, possibly from Georgia, with someone else driving, and she rode away without the young man, into the dark. Police are not sure if she left the young man inside and he then walked outside on his own, or if she left him outside.

“No one judged the woman. There was no judgment; everybody understands where that can happen, and how that can happen,” she said, “I would imagine she was at her breaking point.”

“You come to a breaking point and there feels like there’s no hope, and there’s no next steps,” said Stacey Ramirez, state director of The ARC Georgia.

Ramirez and Arno have worked as allies for years, with countless other activists, trying to help families of those with intellectual developmental disabilities -- and help them find the services they need.

So many resources are available, many for free, but Ramirez and Arno pointed out another reality -- in Georgia, thousands of people who are in need are on waiting lists for help.

“And we are certain that that’s not even a fraction of the real need - that people don’t even apply for the services and supports because of the waiting list - so the need is great,” Ramirez said.

Atlanta police are saying if someone can help identify the woman and the young man, they will do all they can to get them both into the embrace of so many wanting to support them, now.

“I can’t imagine how hard it is,” said Lt. Jeff Baxter, the commander of Atlanta Police Department’s Special Victims Unit, “to take care of someone with special needs. I can’t even fathom. And so, we’re not here to judge, we’re not here to judge anybody. We just want to know why he was left there, and who he is, so that we can get him help.”

Anyone with information about the woman or the young man is asked to call APD’s Special Victims Unit at 404-546-4260 or call Crime Stoppers. Information on the case can be submitted anonymously to the Crime Stoppers Atlanta tip line at 404-577-TIPS (8477) or online at www.StopCrimeATL.com.