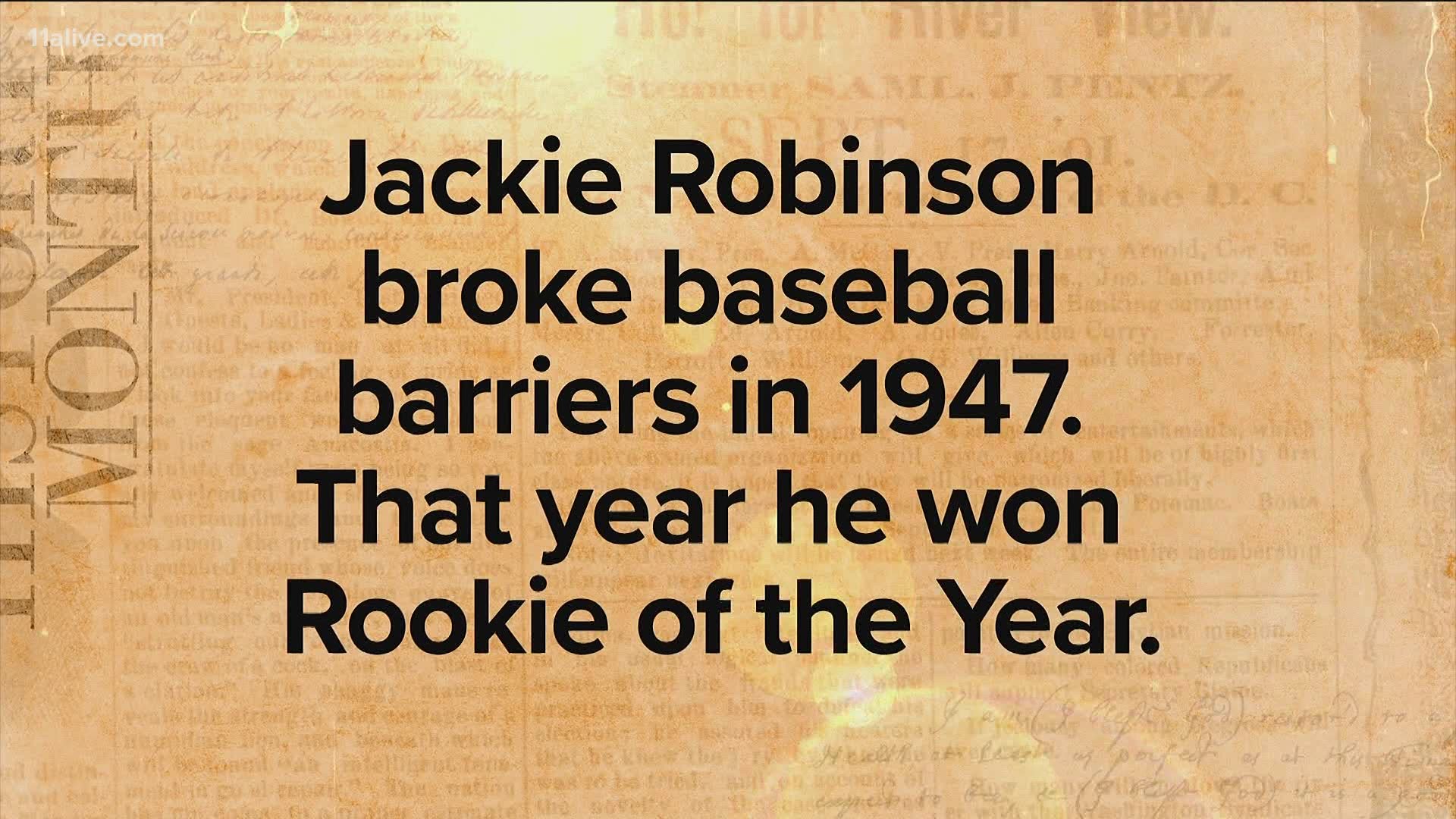 ATLANTA — Major League Baseball stepped up in a big way for the Georgia Historical Society this week when they announced they were donating $40,000 to replace a Jackie Robinson marker in south Georgia that was shot up earlier this year.

The "Birthplace of Jackie Robinson" marker in Grady County was riddled by gunfire in February.

“GHS is deeply grateful to Commissioner Rob Manfred for supporting our teaching mission through the replacement and endowment of the Birthplace of Jackie Robinson historical marker,” said Dr. W. Todd Groce, President and CEO of the Georgia Historical Society. “Jackie Robinson’s legacy as a leader both on and off the diamond makes him one of Georgia’s most famous native sons and a source of great pride for all Americans.”

The new historical marker will replace the badly damaged original and will be re-dedicated at a later date.

MLB Charities also made a donation to establish The Jackie Robinson Fund, which will create a permanent endowment that will be used for ongoing maintenance and perpetual care of the marker.

“Our goal is to ensure that everyone who visits South Georgia can learn about the life and legacy of Jackie Robinson,” added Groce. “As the first African American to break modern-day Major League Baseball’s color barrier in 1947, Robinson's talent on the field and his dedication to Civil Rights should never be forgotten.”