In addition to being a world-renouned artist, Dr. Pecou is an artist-in-residence for the Atlanta BeltLine. 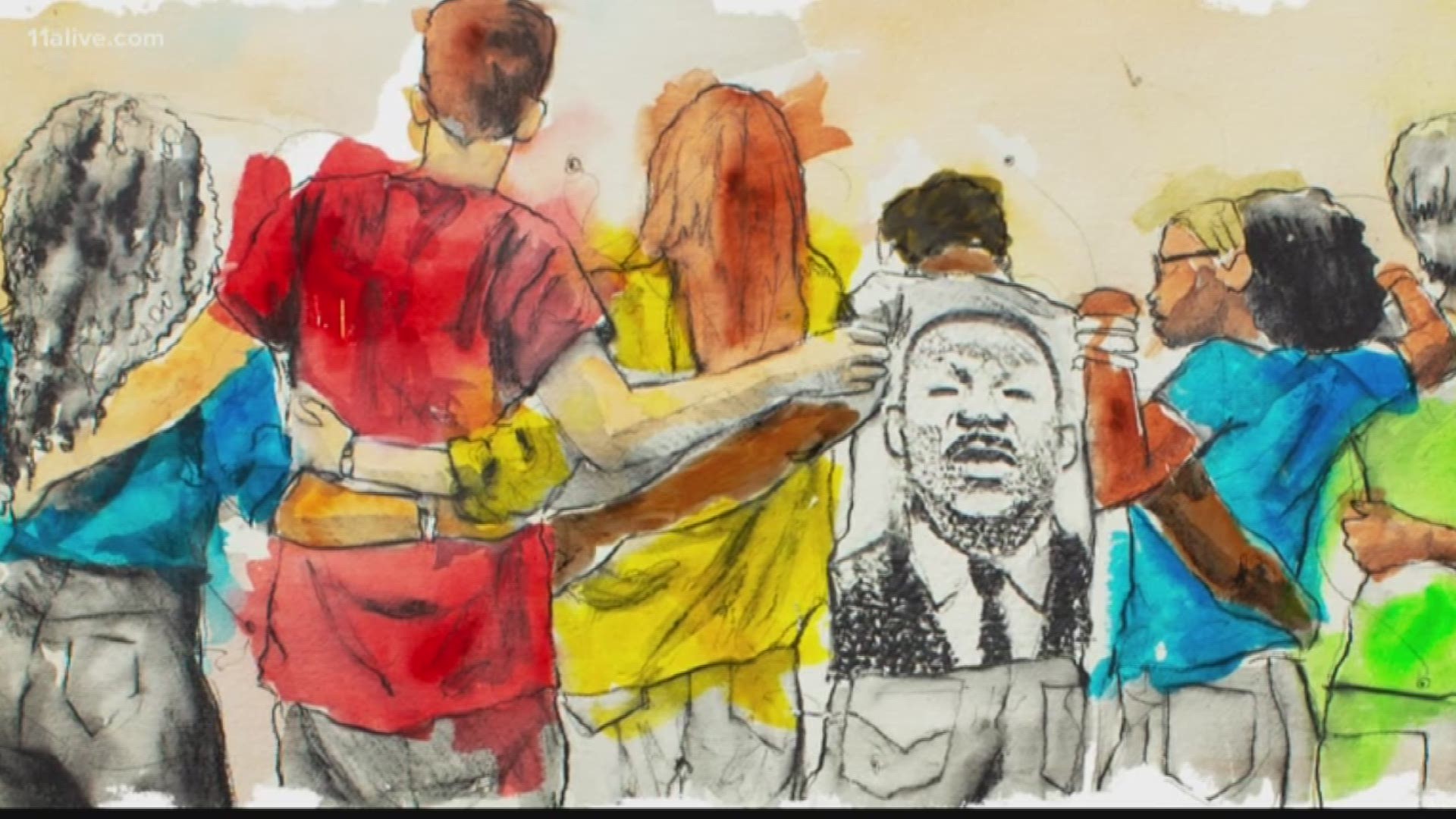 Pecou's sketch shows what he said is some of the most important aspects of Dr. King's legacy.

"Dr. King is remembered as one of the most important human beings in history," Pecou said. "In some ways, his level of achievement, compassion, and significance can be daunting. But Dr. King, in his own words, reminded us that what he did and stood for was no extraordinary feat -- we must rise to our own greatness for the betterment of all mankind."

Pecou received his Bachelor of Fine Arts from the Atlanta College of Art in 1997, before earning Masters and Doctoral degrees from Emory University.

Pecou has made his home in Atlanta and finds inspiration in how the city continues to be a living embodiment of Dr. King's dream and his legacy.

"His presence is felt throughout the city -- in the Sweet Auburn district, where he was born and raised, the campus of Morehouse College, where he was educated, and the State Capitol," Pecou said. "The impact of his life and legacy directly shapes my reality, and the conviction in his words and activism shape my perspective."

His work has appeared in several motion pictures and television shows, like ABC's "Black-ish," and is featured in noted private and public national and international collections including the Smithsonian National Museum of African American Art and Culture and Societe Generale in Paris.

As an artist-in-residence for the Atlanta BeltLine, Pecou has a new art installation being produced on the BeltLine's east side, entitled "We Can't Cop Cars Without Seeing Cop Cars."