Mom who lost her son in Auburn Ave shooting in violent holiday weekend: 'You can't prepare for this'

Joshua Ingram was one of 14 people shot while watching fireworks over the Fourth of July weekend. He died after an argument led to gunfire. 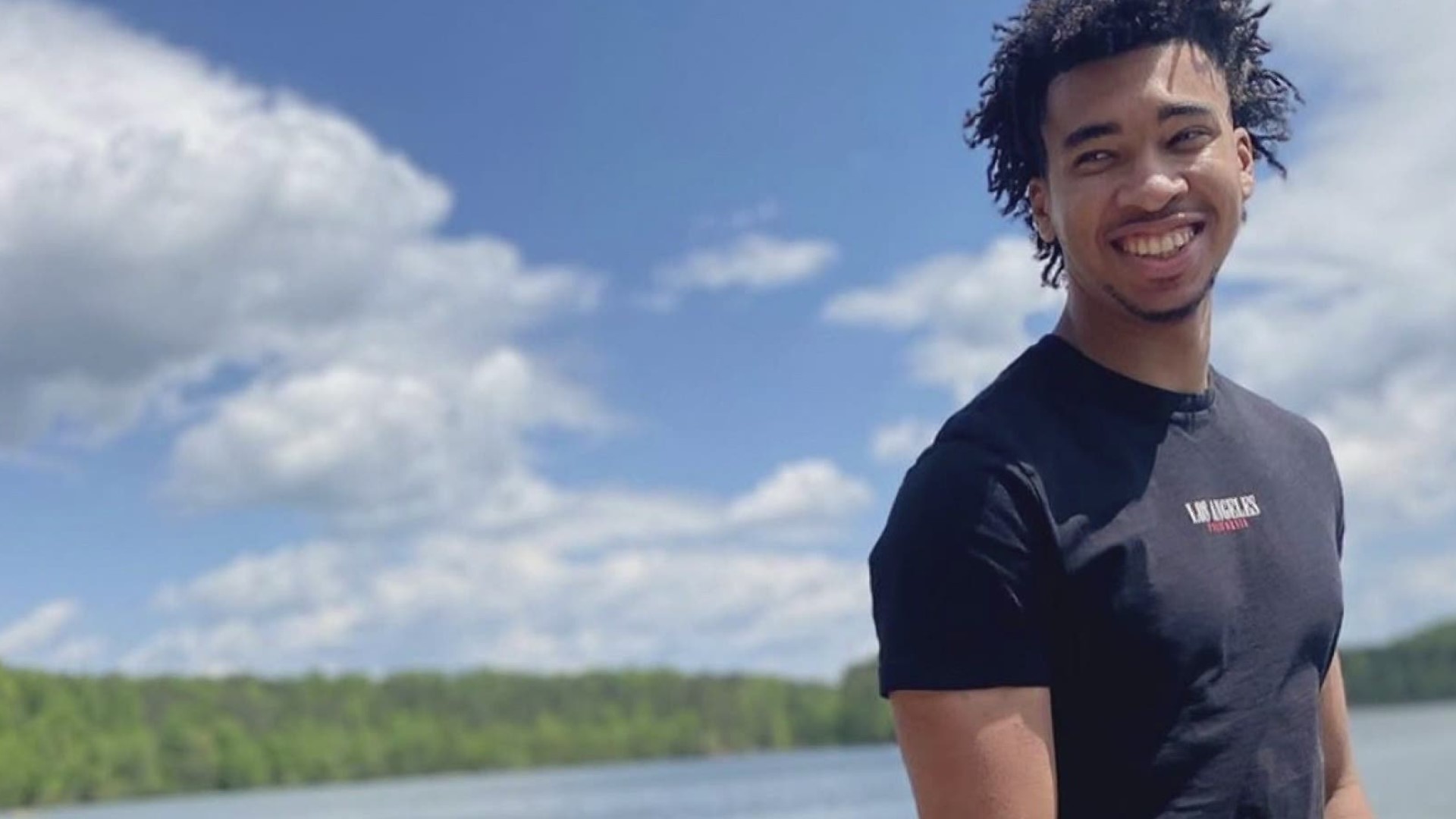 ATLANTA — A mother is living with a heavy heart after her son was shot and killed over the violent Fourth of July weekend in Atlanta.

She told 11Alive nothing could have prepared her for the grief she now feels over the loss.

"I know many mothers have traveled this road. You can't prepare for this trip," Sherlyn Ingram said.

Her son Joshua, 20, was one of 14 people shot outside of an apartment building on Auburn Avenue the morning of July 5. Police said he was with a group of people watching fireworks around 2 a.m. As they were watching the fireworks, police said someone hit a member of the group with their car, which led to a fight. That's when someone opened fire.

First responders took those shot to Grady Memorial Hospital and Atlanta Medical Center, but Joshua, and another person, 32-year-old Erica Robinson, did not survive.

Sherlyn described her son as a gentle giant who was always smiling and always hugging. She said giving hugs was always the first thing he did when he entered a room.

Joshua grew up playing football, running track and volunteering at church. Sherlyn said he was a sophomore at Georgia State Perimeter and wanted to be a mechanical engineer. Now that he's gone, Sherlyn said she now feels as if she is in a surreal dream - one that's left her asking why this has happened.

She said she felt that the message of breaking the cycle of violence is not getting through to young people, and something has to change.

"I can say no matter how much we speak, teach, preach to the younger generation on the media, they DO NOT HEAR US," she said.

"I know that if we go into our neighborhoods, on their grounds, their territory and speak loud then they will hear us. They can't hear our voices!"

She shared her condolences with other mothers in the metro area who have lost children recently to violence, and hoped that people who care would do something nice in their names.

As for those who took her son's life, Sherlyn had this message:

"You have to live with this for the rest of your life. You didn't [know] who he was but by now, you have learn how loved he was. Remorse you may not have but he will live with you forever. God bless you because 'YOU' did not know what you were doing IF you can understand."

No arrests have been made in the case.

Joshua's death comes during a weekend in Atlanta filled with shootings - some of which were deadly. Atlanta Police said they responded to 11 shootings which left 31 people hurt by gunfire. Five people - including Joshua and an 8-year-old girl - died.