During the tragic standoff on Thursday, dozens of police officers helped the community deal with the situation. One local mother says an anonymous Henry County Police officer made the situation much less scary for her daughter. 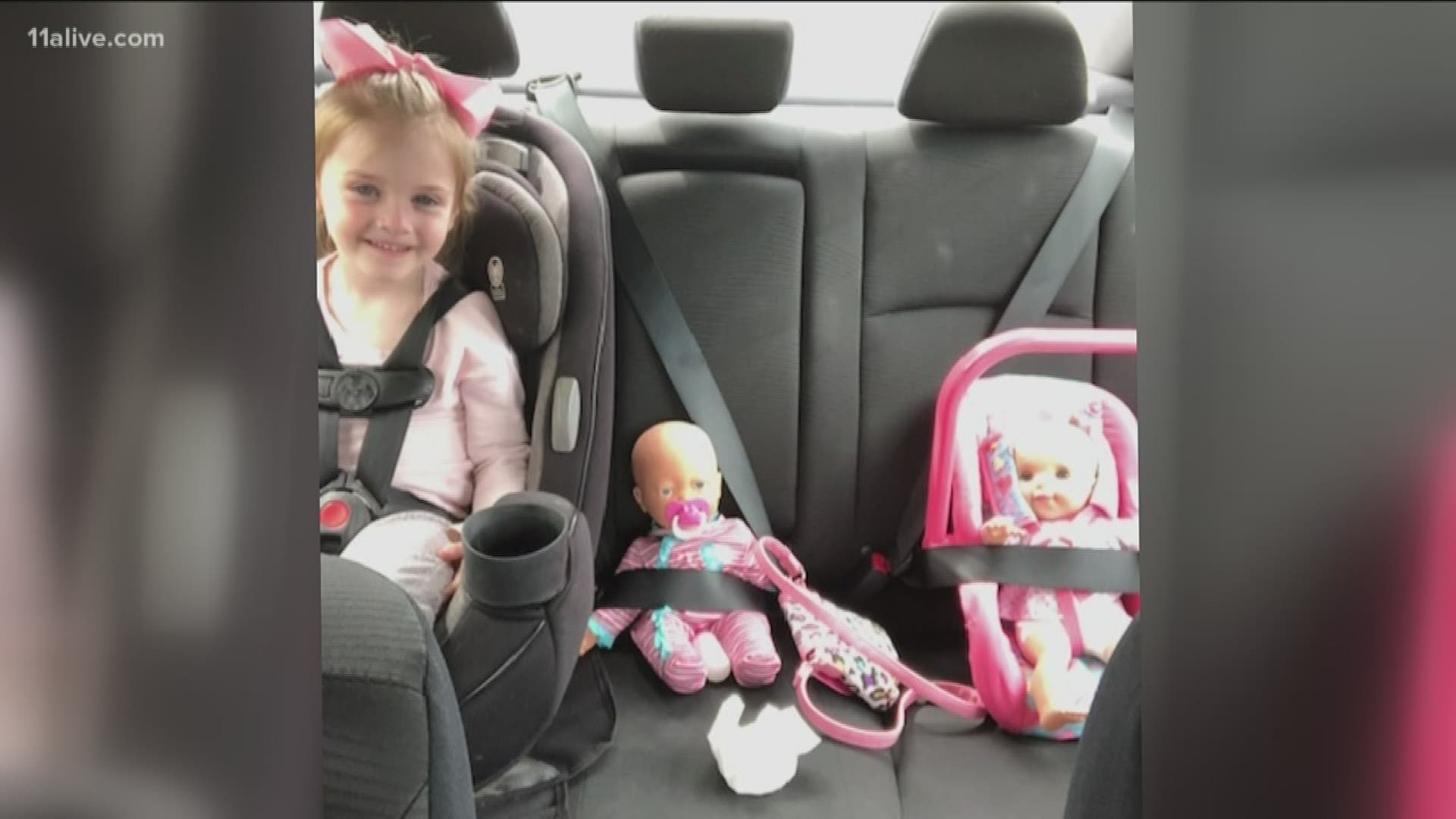 HENRY COUNTY, Ga. — A local mother is searching for the police officer who comforted her 4-year-old daughter with autism, during a horrific standoff in Henry County.

The situation ended tragically, and while she's struggling to explain what happened to her daughter, a police officer on scene helped make the situation a lot less scary.

She says she was blown away by the officer's kindness and compassion in the middle of a situation that was terrifying for everyone.

She had no idea what was going on when she pulled up outside of the Eagles Landing subdivision Thursday. She was on back roads because the interstate had been shut down. Her 4-year-old daughter was in the backseat.

"She got really upset because of all the sirens - there were hundreds - so it was really loud, and when I rolled my window down, it got worse," Stanfield explained.

She said an officer had come over to talk to her and explain what was happening. That's when he saw how upset her 4-year-old was.

"He got in on this side, and he came over, got right here, and put his hand right here to comfort her," she described.

He asked her name and then calmly explained to the little girl he was there to keep her safe.

She said the whole thing only lasted a few minutes. He went back to the confrontation, and she drove home with her daughter. But she can't stop thinking about the officer's kindness.

"I would want to say thank you," she said. "And honestly those two words just don't seem adequate when you're trying to describe deep gratitude. Because that's what I have. I am very grateful."

She shared her story on social media where thousands of people said how proud they were of the officer ... but that he may never come forward because he thinks he was just doing his job.

RELATED: These are the Henry County police officers shot in the line of duty

"I realize that I may never know him, or know his name, and that's OK," Stanfield explained. "I want him to know that I appreciate him, I value him, I respect him. I value his life."

And in the middle of this scary and out of control situation, he valued her daughter.

"He noticed her. And that's the crazy part. In all of that chaos, he noticed her," she said.

MORE ON THE HENRY COUNTY STANDOFF