Giving a voice to autism's voiceless 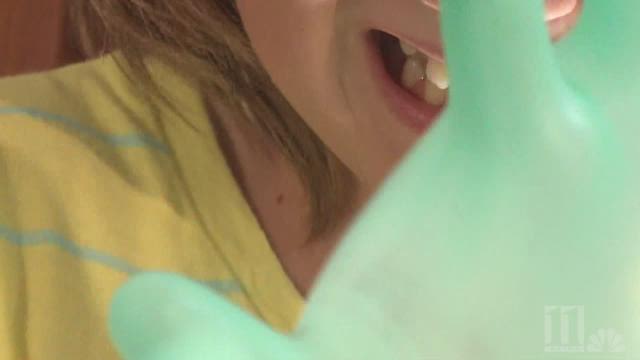 ATLANTA -- Eleven year old Graciela Lotharius walks around her living room, shaking an inflated surgical glove. John Paul Ingram sits at his kitchen table flapping his arms, delighted with a pencil his mother has given him.

Graciela's parents and John Paul's parents know what you're thinking when you look at them.

Graciela and John Paul have autism. Like thousands of other families, their parents are have spent money and years trying to help them, tempering their own dreams, limiting their own hope.

We are sitting in Graciela's dining room. Her mother is seated to Graciela's right, holding a simple alphabet board. Graciela is not looking at me. She continues to shake her surgical glove, humming and saying random words. I begin the interview by asking her how she feels about us being there.

She reaches out and quickly taps out the letters while her mother reads the words aloud.

And suddenly we are talking. A technique using a low tech alphabet board has done what no therapy has ever been able to do -- it unlocked 11 year old Graciela.

Her mother tells us that Graciela is worried we won't get the story right, so I ask her, "What is it you want us to know?"

She taps out, "Please let people know that I am an intelligent, autistic girl."

Called rapid prompting method, or RPM, it was developed by Soma Mukhopadhyay, a mother in India whose own child was non verbal. She now lives in Texas, working with children, training families to be able to do RPM, which involves constant, faced paced questions, prodding and engaging the child, using the alphabet board.

Nine year old John Paul sits at his kitchen table, waving his arms, cooing and squealing, repeatedly picking up a pencil and dropping it. His mother Libby is seated next to him. A trained speech pathologist, Libby heard about RPM at a conference and it allowed her to hope again. In a level voice she begins to read the day's lesson about Neil Armstrong and the mission to the moon. John Paul has just started RPM.

John Paul continues to flap his arms, continues to squeal and laugh. It seems impossible that he could hear anything Libby is saying. She finishes reading the paragraph and asks John Paul "What was Neil Armstrong?"

John Paul picks up the pencil, using it to point and and tap out the letters a-s-t-r-o-n-a-u-t.

Libby says, "He's never been asked to spell his name and the very first lesson he answered everything correctly spelling perfectly, and I'm sitting there thinking 'I knew it! I knew it!'"

John Paul's goals at school last year were to recognize letters, colors and numbers. No one thought he could read. But he was learning the entire time, absorbing from the world around him, in a way that we don't understand.

"His brother learned to read watching Sesame Street and John Paul was right there. Granted he was flapping, but he was taking it all in."

John Pauls father Pieter says, "The thing is, you see there's this intelligence inside him."

Graciela has been doing RPM for a year and a half. Her answers are heart breakingly deep. We ask her what it's like to be her.

She taps out her answer which is, 'Have you ever been trapped in a body that does not work well together with your able mind? Have you ever, dear Jaye, really thought about this? It sucks.'

Graciela asks that every non verbal child be allowed to learn RPM so they can communicate.

RPM does not have clinical studies to prove it works. It does have hundreds of families who say it has changed their lives.

Graciela's mom says, "All these doors have been opened again that I thought were completely closed off to her."

Libby and Pieter have spent seven years searching for help, seeking answers. They never stopped, but they did lose hope, more than once. Still, they kept going, for one reason, the same reason other parents spend their life savings and every spare minute to try to help their child -- "I'm trying to give him a life."

To have found the key that is unlocking her son is a dream come true. "It makes me happy and breaks my heart at the same time." Libby can't help but think of the lost years, and of all the children like her son who have much to say, but no way to say it.

Because of a simple board, Graciela can now share her life's dream of going to college. She taps out that she wants to study 'at MIT, to study quantum physics."

RPM asks us to see these children with new eyes, to admit that what we see may not be the truth of who someone is. It demands that we dig deep so children like Graciela and John Paul can be set free.

This story originally aired in August 2015.

UPDATE December 2015: The update comes from Graciela herself. She told 11Alive's Jaye Watson. "I am always dreaming of the day when I will be able to graduate from high school. Having this dream answered is what I spend my energy thinking about. The fact is that I am beautifully gifted and hope that a high school will see this and let me in. RPM really works. This has to be understood by everyone."