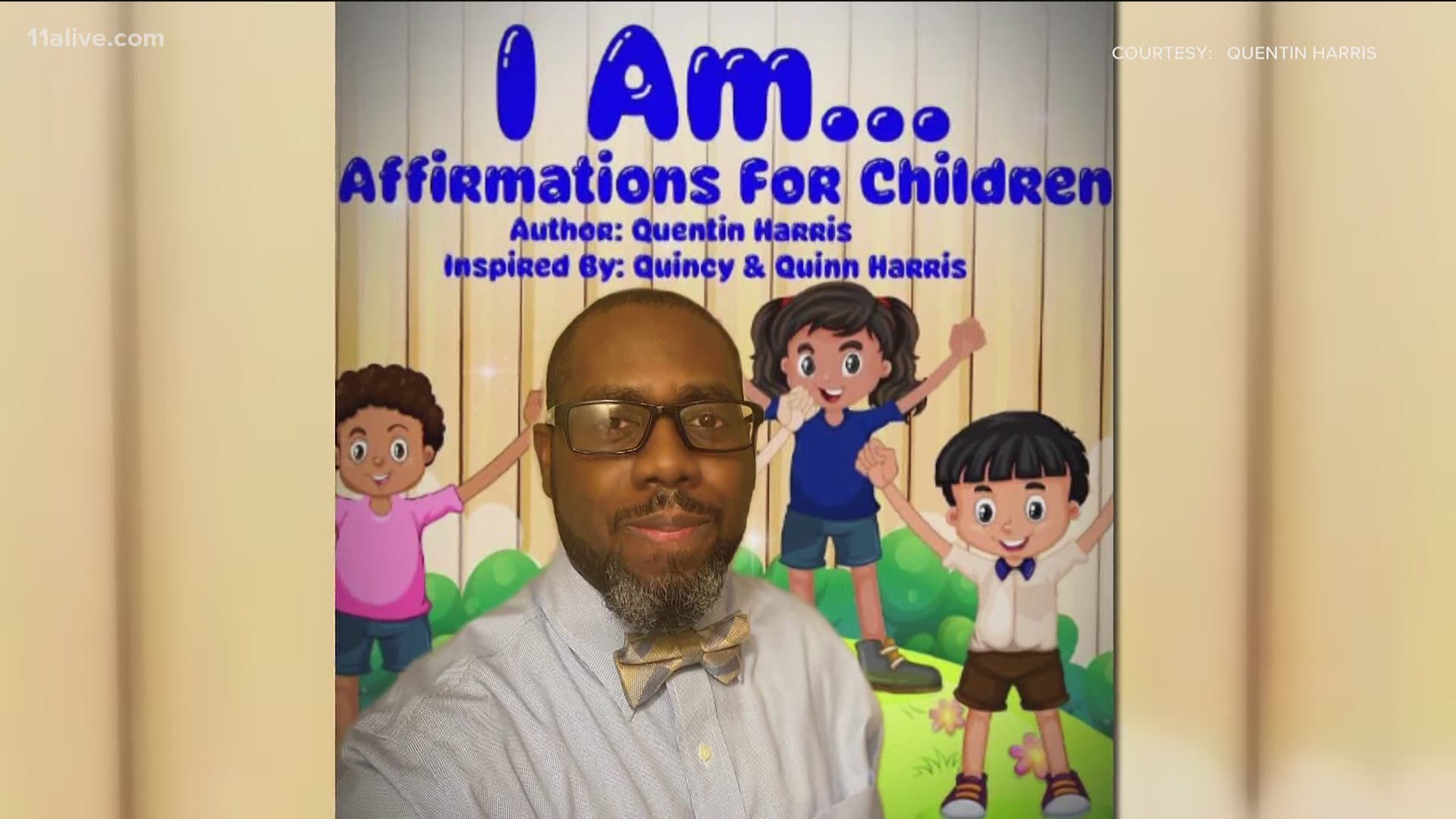 "Her focus was, was just unbreakable," Harris said. "I remember there was one time when she was watching television, and she was just locked in and I couldn't break her focus, but she wasn't making eye contact with us."

"I noticed it, but it was a thought in the back of my mind," he added, until one day a teacher brought it to his attention.

"When I picked her up at the nursery, her teacher pulled me to the side and said 'Hey, I think you may need to have her screened for autism.'"

Quinn was soon diagnosed with an autism spectrum disorder. The Centers for Disease Control and Prevention estimates one in 54 children has been identified with ASD, a condition helped by early intervention strategies.

Soon after, Quinn began routine therapy at Marcus Autism Center in Atlanta, and with the therapist's help, soon started saying words and sleeping through the night.

Harris said early detection was key, but as a dad, he ultimately wanted to do more to transform Quinn's world.

"As Quinn's diagnosis became available to us, I wanted to also create something that would help other children understand how to behave as well when you're dealing with different cultures, different religious beliefs ... different views on behaviors," he said. "I wanted to develop a book where that discussion could be something that's an everyday thing in every home."

As a result, Harris took his morning routine of sharing daily affirmations with Quinn and her old sister and shaped those words into a book. The affirmations focus on character, confidence, and positive self-image for all kids.

It's part of Harris' hope for a more accepting world.

"I saw how it worked with my girls, and I wanted to share it with other families and with the hopes that it would work with their children as well."

RELATED: Man with autism asks future employers to 'take a chance on me' in heartfelt letter