Why does Congress put unpopular ideas in popular legislation?

They're called "riders" and Congress has used the method for at least 100 years. 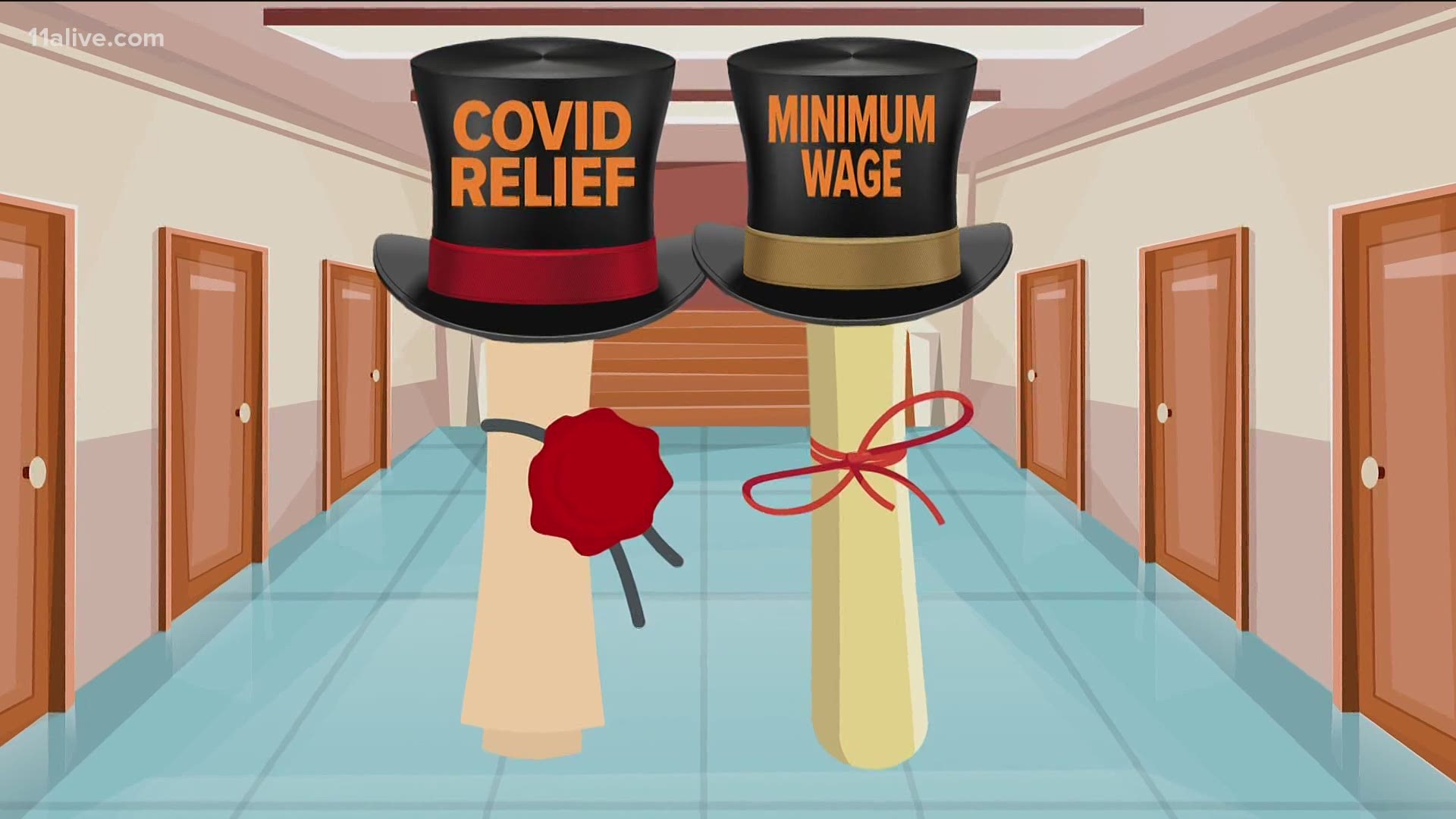 ATLANTA — ATLANTA – It’s a way for an unpopular proposal to become law, and members of Congress have been using “riders” for at least 100 years.

President Joe Biden’s American Rescue Plan provides a third round of stimulus checks for those who qualify. The original proposal included a proposal to raise the minimum wage, but that part was removed over objections from the Senate Parliamentarian.

“It seems they’re strong enough to be stand-alone bills,” said 11Alive viewer Chris Rice. “Why are there always add ons to bills going through Congress?”

It’s not unusual for unpopular proposals to become law by riding on the back of a popular idea.

They’re called riders. The U.S. Constitution doesn’t say anything that would prohibit it.

“You’ve got an idea and you’re not sure if it’s going to pass, this one I know is going to pass, if I can attach it to it, it rides on in to become law,” said UGA Political Science Professor Dr. Charles Bullock.

Dr. Bullock tells us that in the House of Representatives, any amendment to a bill has to be at the very least somewhat related to the topic at hand.

In the Senate, not so much.

“The House makes much more use of what’s called the ‘non-germaneness rule,’” said Bullock. “The Senate is much looser with that.”

All a politician has to do is get enough support from their fellow members of Congress, and their idea can ride the back of a popular and yet unrelated proposal as an amendment.

Members of Congress aren’t likely to object because they might make use of a rider at some point.

“Everybody probably makes use of these things sometimes,” said Bullock.

The process can lead to something known as a Christmas Tree bill. It’s a collection of unrelated legislation, multiple riders stuffed into one big package for Congress to consider as they prepare to leave for Christmas break.

RELATED: VERIFY: Most of the COVID relief bill is directed toward COVID-related things