He was sworn into his position on Tuesday, June 22. While Puerto Rican-born, Morrow is very familiar to him. 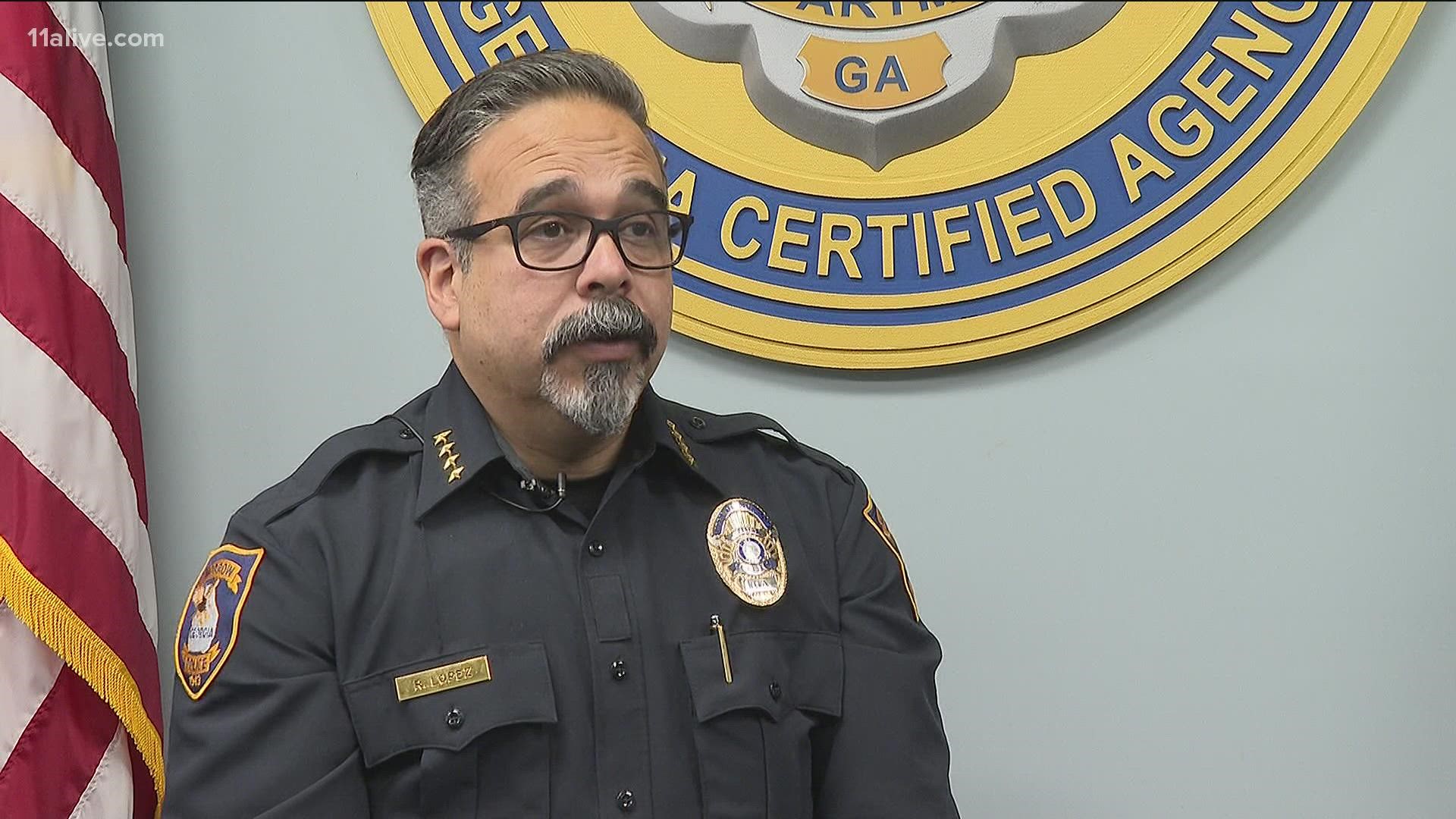 MORROW, Ga. — A former major officer with the Brookhaven Police Department (BPD) has been named Chief of Police for the City of Morrow, Georgia.

BPD Major Renan Lopez de Azua was recommended by Sylvia Redic, the Morrow City Manager, on June 8.  He was sworn into his position on Tuesday, June 22 --  which also happens to be his birthday.

The Puerto Rico native sat down one-on-one with our Paola Suro to talk about his past and future.

"I'm super happy, super blessed to have been able to just do this right now. I just couldn't have written it up," he said.

Lopez de Azua hopped on a plane in the late 80s, moving from the island to Morrow, where he learned English watching Star Trek and reading comics.

He graduated high school, returned to Puerto Rico, and eventually came back to Georgia in 2003 to work for the Clayton County Police Department. He worked on homicide cases there for four years.

"I had to learn very quickly relate to people as people and not just like this is a citizen, or this is a traffic stop... or this is somebody stopping asking for directions. You know, that experience was just extremely formative," he said.

Lopez de Azua, whose family members were in the military and army, said he used what he learned during his time there, on his next jobs.

"It's real victims, real families, that kind of brought to my attention how important that relationship is with law enforcement and with the community," he said.

He said it is important to have diversity within law enforcement, especially given the tensions between agencies and the community.

"I'm not afraid of police reform," he said. "I don't own law enforcement. I work in law enforcement. You're a public servant. I think it is extremely important that kids, especially kids, get to see that. Sometimes all they get to see is just a parent getting arrested or like previous summer, they were getting deported."

Lopez de Azua graduated from Morrow High School before earning his Bachelor's in Political Science and Master of Public Administration from the University of Miami.

BPD is a relatively new agency that was formed in 2013. Lopez is the second person to be named chief since its inception. He has been accepted into the prestigious Southern Police Institute at Louisville University and expects to attend in the fall of 2022.

According to Pew Research, Hispanics are the fastest-growing major racial or ethnic group in local police departments in the U.S.

Lopez de Azua hopes agencies will continue hiring diverse people in order to ease tensions and connect with the community.