The Morrow police department has taken its Sig Sauer firearms out of service after the manufacturer announced a possible safety risk. 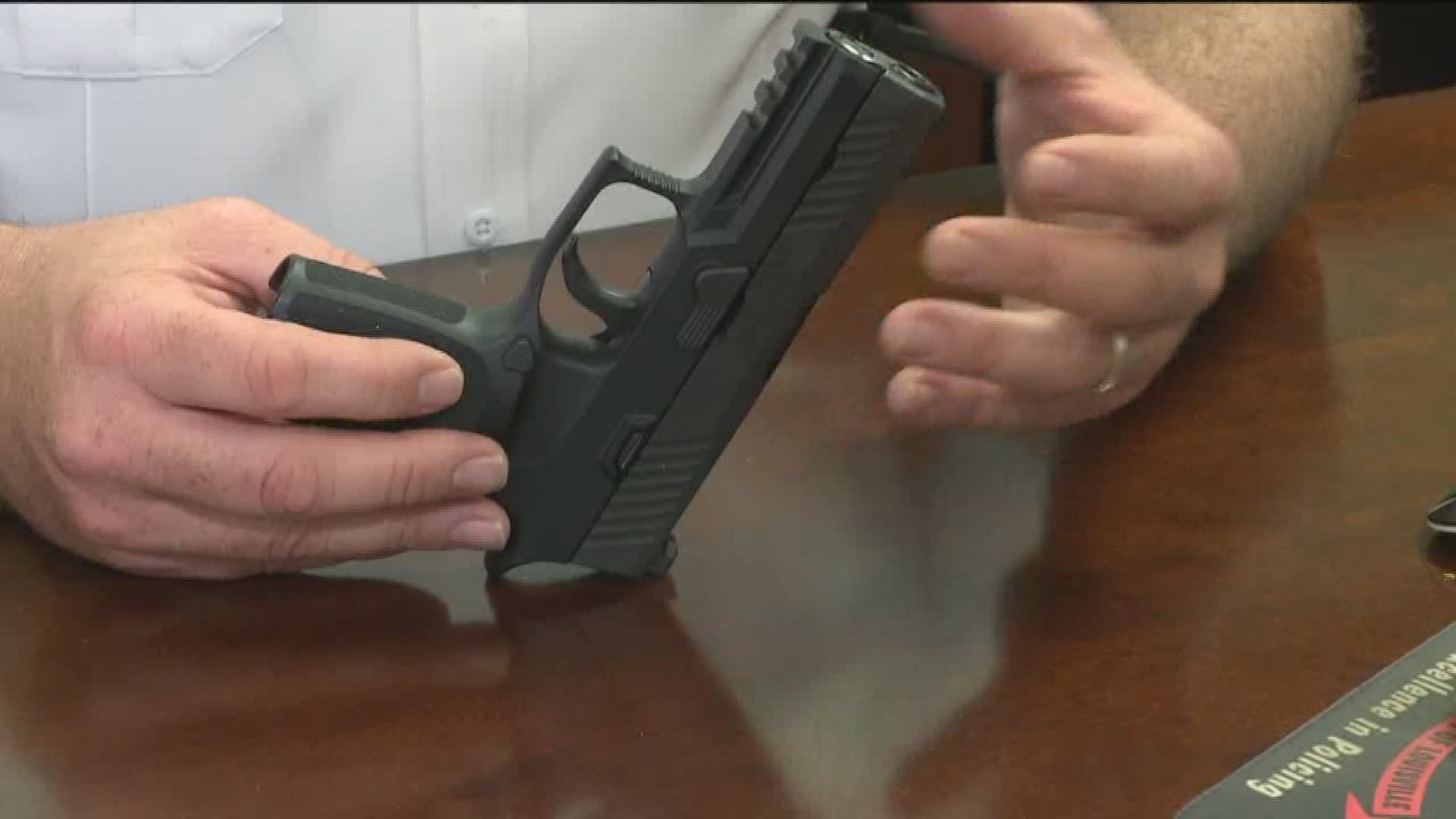 The Morrow police department has taken its Sig Sauer firearms out of service after the manufacturer announced a possible safety risk.

Sig Sauer is offering a "voluntary upgrade" for owners of its P320 pistols after "recent events indicate that dropping the P320 beyond U.S. standards for safety may cause an unintentional discharge," the company said, as reported by CNBC.

“That will not work for me,” said Morrow Police Chief James Galloway. “I have taken all these firearms out of service and replaced them all with new Glock model 17s and 19s. It came to my attention that our pistols could potentially fire if dropped at a certain angle.”

The company did not provide details about the "recent events" or say whether anyone had been injured or killed when the guns discharged erroneously.

Sig Sauer said in a press release that it has received input from law enforcement, government and military customers and developed "a number of enhancements in function, reliability and overall safety including drop performance."

Morrow is one of the few metro Atlanta police departments that issue Sig Sauer pistols. Numerous departments, including Atlanta, Sandy Springs, Roswell, Smyrna, as well as Gwinnett, Cobb and Henry counties, issue Glocks to its officers.