Two cars collided with a motorcycle on I-75/85 near North Avenue during the afternoon commute. 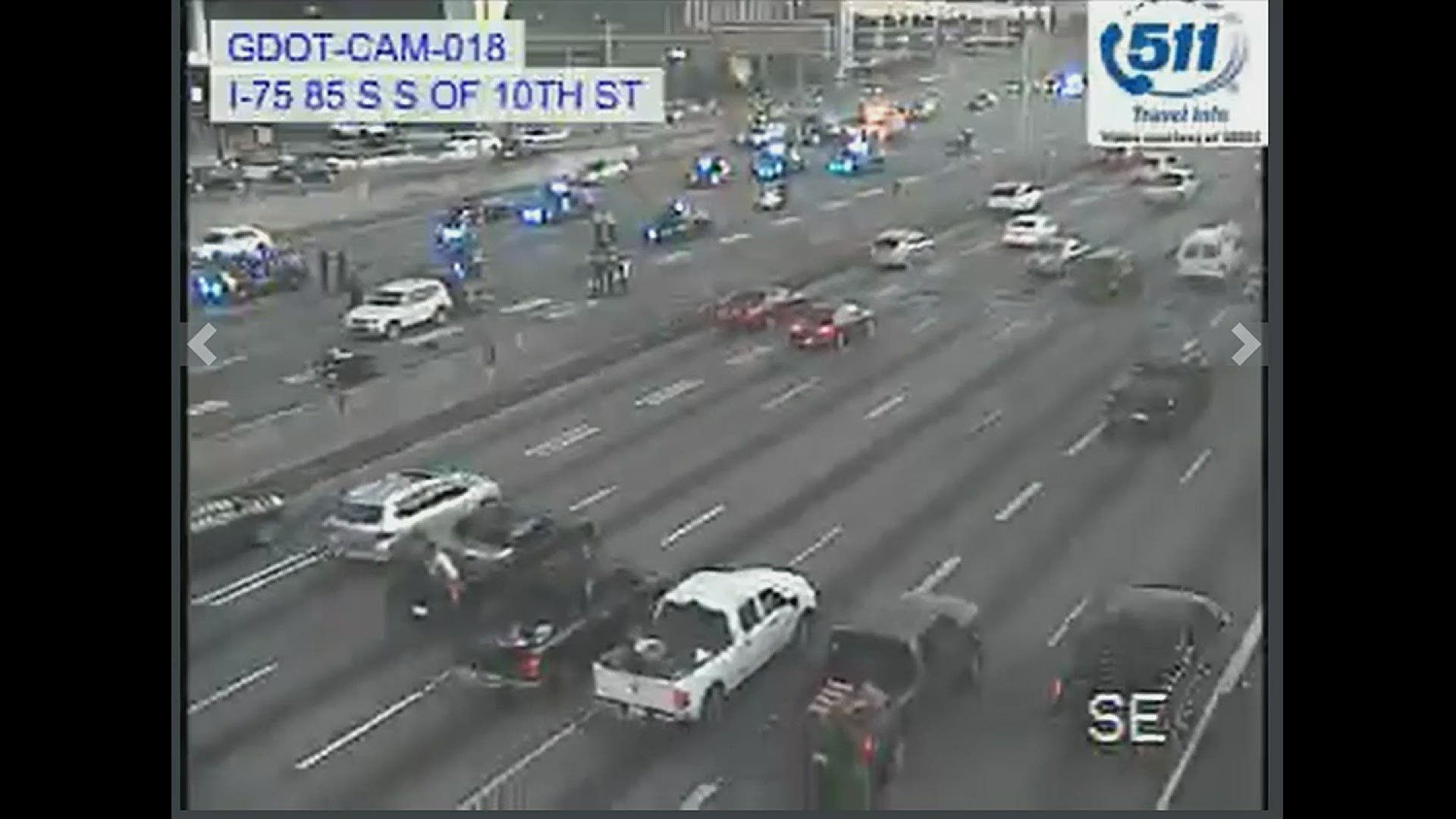 ATLANTA — Atlanta Police officers responded to reports of a fatal wreck on the Downtown Connector near North Avenue, just before 4 p.m., Wednesday, according to Officer Anthony Grant.

Grant said when the officers arrived, they found several vehicles involved in the incident, including two cars that had collided with a motorcycle.

He said the driver of the motorcycle was pronounced dead at the scene of the crash after a crew from Grady EMS arrived.

Grant said that the drivers of the two cars were both hurt and transported to Grady Memorial Hospital for treatment.

Investigators from the Atlanta Police Hit-and-Run Unit were on the scene investigating the incident, Grant said.