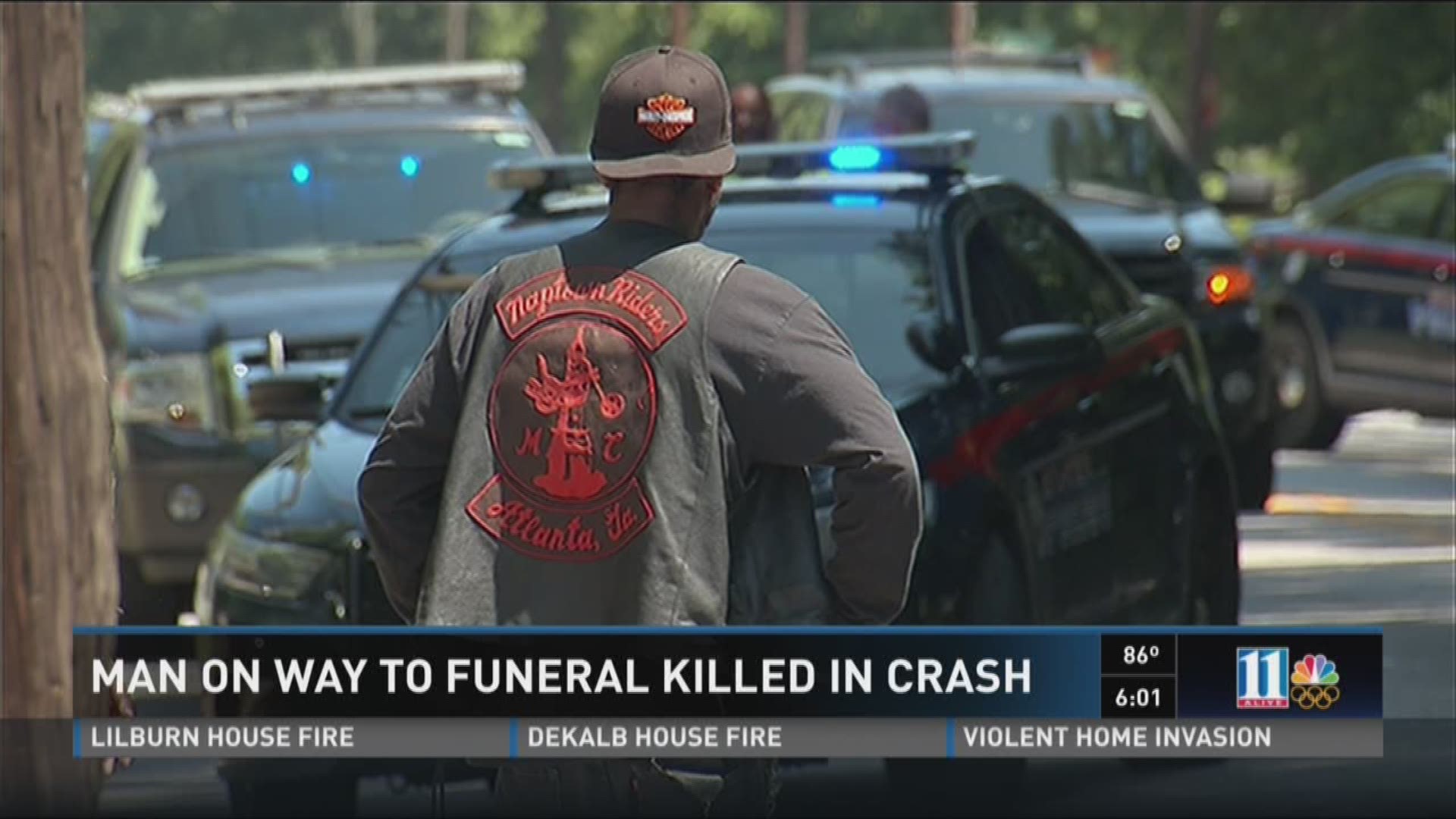 ATLANTA -- A motorcyclist was killed in a late Saturday morning crash in southeast Atlanta. Officials say the victim was riding with a group on the way to a funeral service.

First responders were at the scene of the accident at Moreland Avenue and Confederate Avenue shortly before noon.

A preliminary investigation revealed that a group of more than 50 motorcycles were riding in formation in the left northbound lane of Moreland Avenue. Investigators say a motorcycle serving as an escort was trying to pass in the right lane when another motorcycle drifted into the same lane and collided with the other.

Authorities say this caused a "domino" effect collision, during which the victim was thrown from his motorcycle and then run over by another motorcycle. Grady units transported the victim to the hospital, but he later died. Three other victims were transported to an area hospital with non life-threatening injuries. The southbound lanes of Moreland Avenue were shut down as crews work to clear the accident.

Investigators say four motorcycles received significant damage, but at this time, it is unclear whether one of those vehicles was responsible for starting the collision.

Police have not indicated whether charges will be filed.