Crews to begin work to move Confederate monument in Athens

The removal is part of a pedestrian crossing project that will also include closing off College Square, and the block of College Avenue between Broad and Clayton. 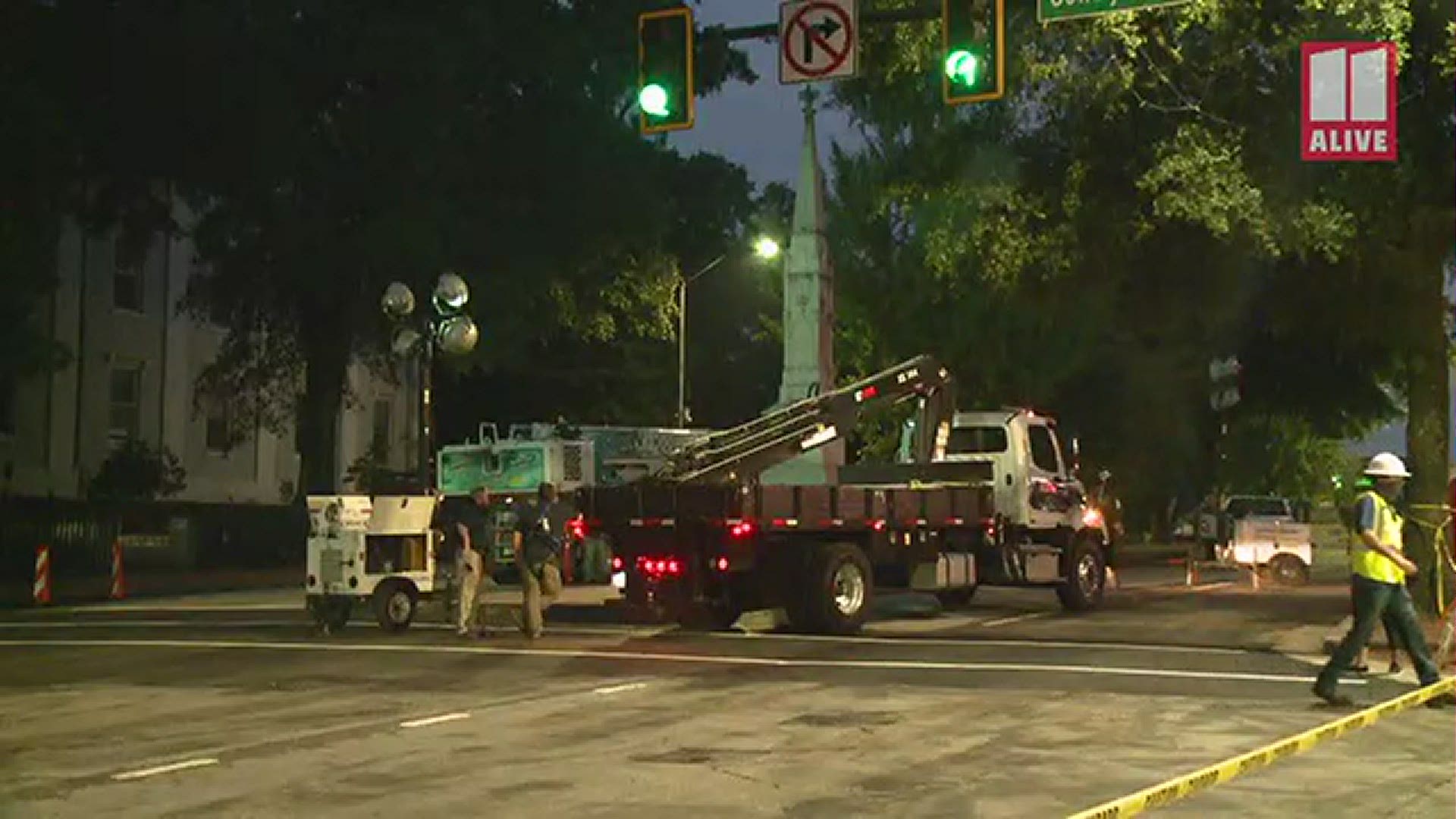 ATHENS, Ga. — Crews are expected to begin moving a Confederate monument in Downtown Athens on Monday night. Officials for the county said the process is expected to take several nights.

The removal is part of a pedestrian crossing project that will also include closing off College Square, and the block of College Avenue between Broad and Clayton streets into a pedestrian alleyway.

The 19th-century obelisk bears the names of Clarke County men who died while fighting for the Confederacy during the Civil War.

The Athens-Clarke County Commission approved moving the monument in a June meeting.  It will be moved to land off of Macon Highway near the site of Clarke County's only battle during the war near Barber Creek and the Oconee County border. But until it's placed there,  the monument will be stored.

The move comes during a time when the country's tributes to Confederate symbols and racist figures are being scrutinized.

The Athens Clarke-County Unified Government said the removal of the monument will allow them to reconstruct and expand the crosswalk by five feet in order to accommodate 200 to 300 more pedestrians per hour, safely, in the heavily trafficked area.

RELATED: Confederate monument to be moved out of downtown Athens

East Broad Street will be closed from Pulaski Street to Thomas Street with detours beginning Monday from 9 p.m. until 6 a.m. Closures will continue nightly until the removal is complete.

There will also be side-street closures along with detours. College Avenue between East Clayton Street and East Broad Street will also be closed for equipment staging until the project is complete.

Officials said The Ladies Memorial Association erected the memorial in 1871 and 1872 in memory of Confederate soldiers from Athens who died in the Civil War. It was placed in the center of the College Avenue and Washington Street intersection but was moved to East Broad Street in 1912.