Director of the Athens-Clarke County Building Inspections Doug Hansford said some of the foundation and exterior walls were also cracked. 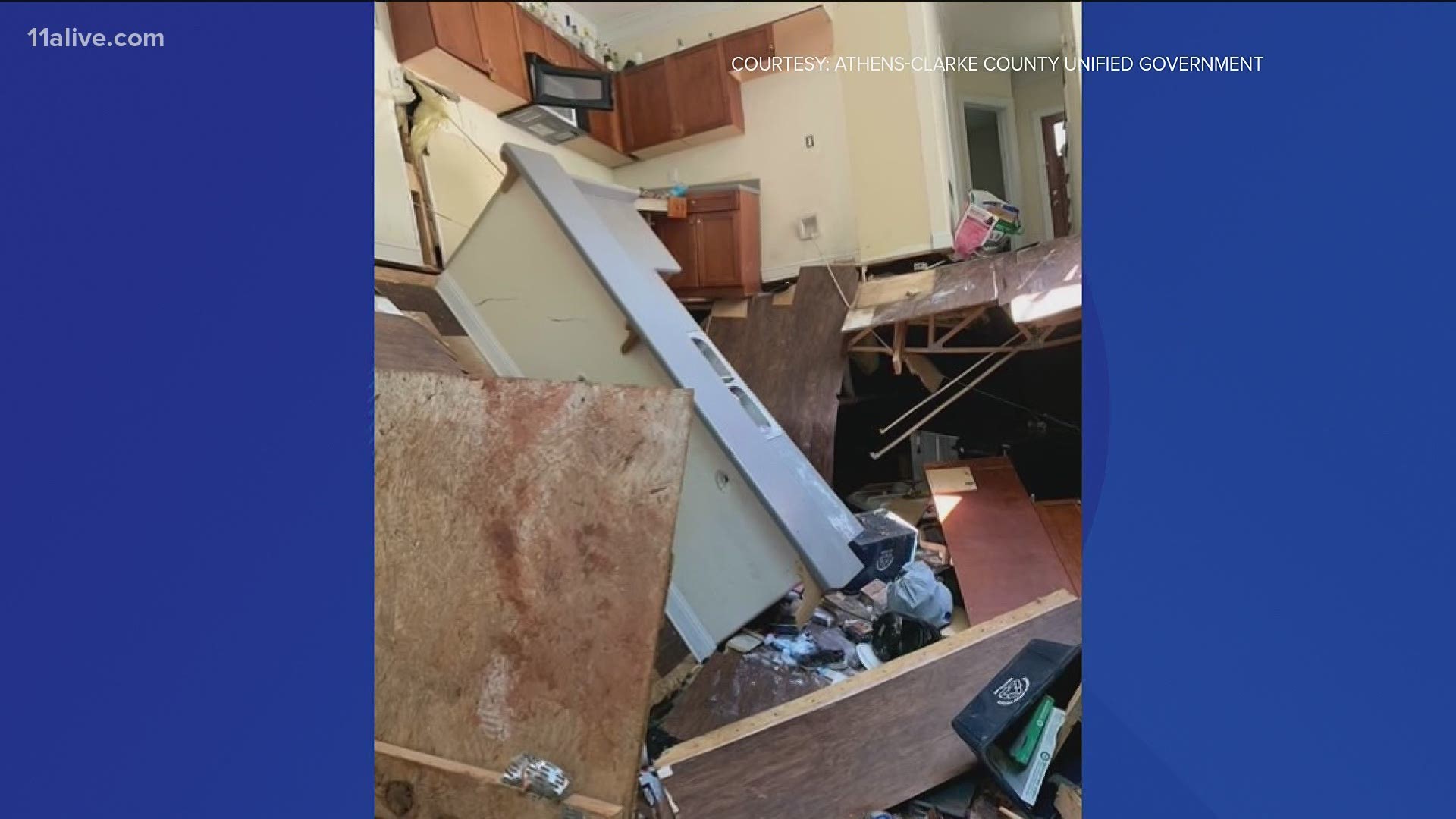 ATHENS, Ga. — A house in Athens has been declared "unsafe" by Athens-Clarke County Building Inspections, when the floor suddenly collapsed during a party.

The Athens Clarke-County police said the collapse happened around 1 a.m. Friday near the University of Georgia, according to the Associated Press. About 25 people were hurt.

The Athens-Clarke County Fire Department issued a statement on Friday night explaining the circumstances of the collapse. Authorities said they were called to a home in the 100 block of Magnolia Bluff Drive where the victims had fallen through the floor into the crawl space below.

The Associated Press said injuries ranged from cuts and scratches to one person, who possibly broke an arm.

Director of the Athens-Clarke County Building Inspections Doug Hansford said some of the foundation and exterior walls were also cracked.

Police estimated 500 people were on the first-floor of the house when it collapsed.

Hansford said the house was built in 2004 and the owners will be contacted by a structural engineer to save the building or they could completely demolish it.

Hansford said the building is unsafe.