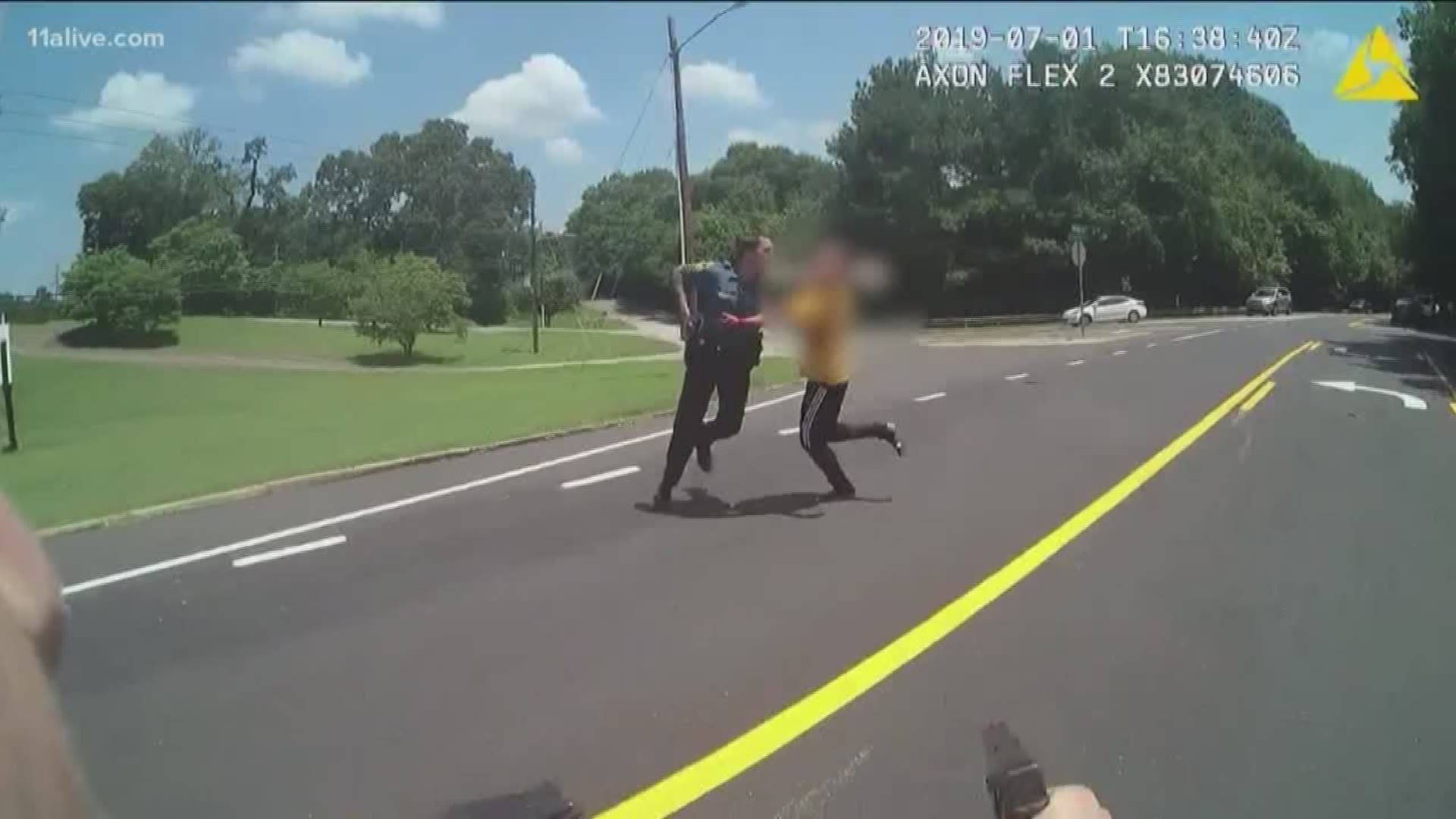 According to the Georgia Bureau of Investigation, officers were called to the River Club Apartments in the 1000 block of Macon Highway in Athens in response to a man causing a disturbance at about 12:45 p.m.

The video, as released on Tuesday, came from cameras worn by both officers involved -- Senior Officer David Harrison and Officer Charles Bidinger.

The officers drove in together with Harrison driving and Bidinger riding on the passenger side of the patrol car. When they exited the car, the video shows Hong wearing a yellow t-shirt with blood on it and dark pants. He can be seen holding a butcher knife and slowly advancing toward the officers.

Hong continues to advance toward the officers. As he is advancing, Hong can be heard yelling, "Do it!"

Once the officers have backed into the middle of Macon Highway, Harrison yells over to Bidinger, "Less lethal!"

As Bidinger begins to lower his weapon to switch over to his taser, Hong begins to sprint toward Harrison, knife in hand.

He then fires his weapon repeatedly at Hong, who then falls to the ground, dropping the knife.

As Bidinger and Harrison advance toward Hong, who is rolling around on the ground, clearly injured, they command him to place his hands behind his back so the officers can handcuff him.

As the officers advanced toward Hong, they kicked the knife aside, but Hong began to spring back to his feet, staggering.

"Get on the ground!" both officers yelled.

Hong staggered toward the two officers once again, this time, screaming, "Kill me!"

Bidinger switched from holding his service weapon to his taser, but at that point, Hong charged toward Harrison once again. As Hong charged, Harrison was in the process of holstering his weapon.

At this point, Bidinger switched back to his service weapon.

Hong grabbed Harrison and reached around behind him, one arm across Harrison's chest, his other arm reaching downward for Harrison's gun.

As the two men fell toward the pavement, Bidinger fired his weapon multiple times, striking Hong.

Harrison rolled away from Hong.

A third responding officer, along with a responding firefighter immediately grabbed Harrison and pulled him away from Hong. EMTs moved in to begin lifesaving procedures on Hong.

Hong died from his injuries at the scene.