It happened this morning. 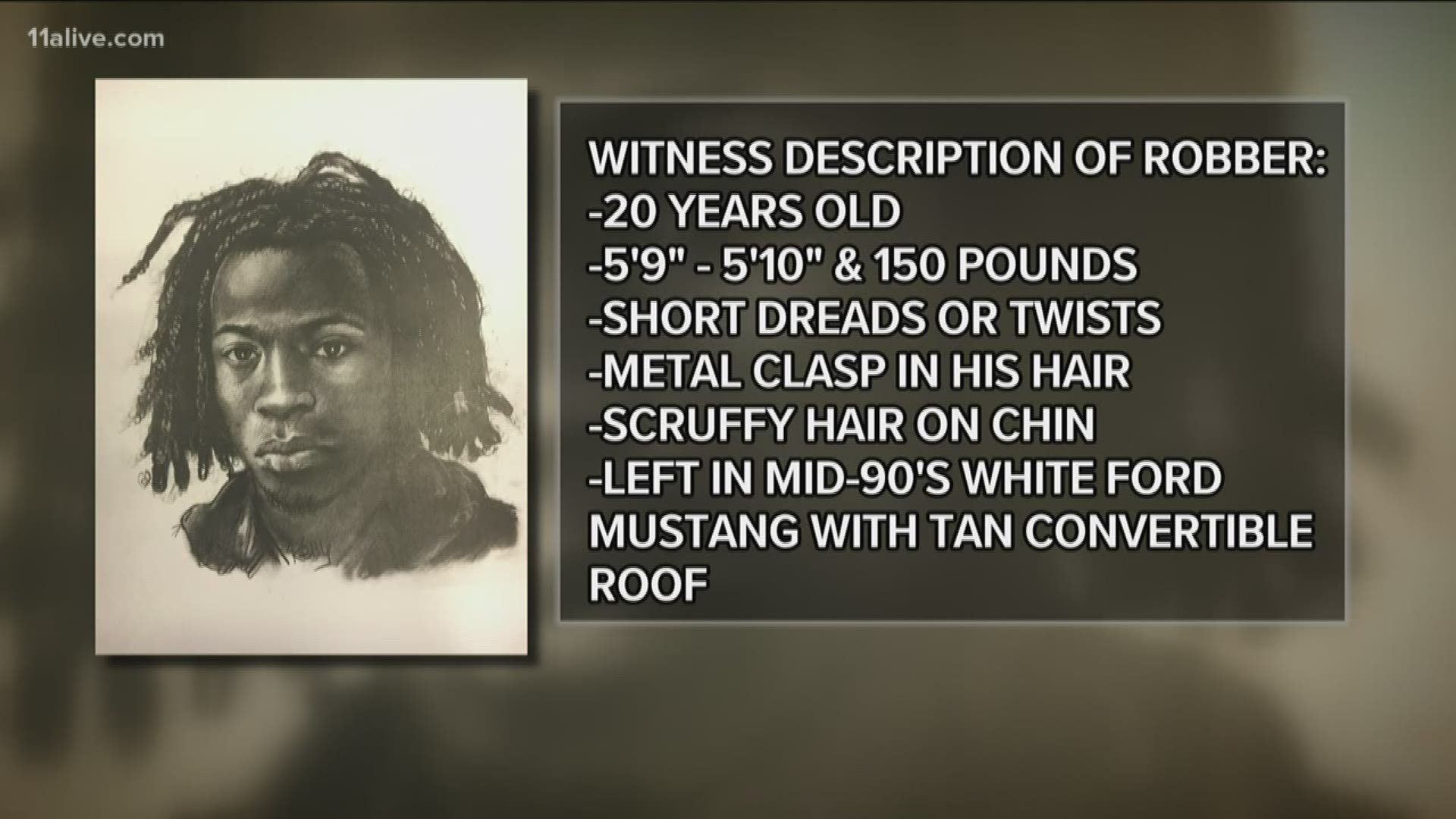 ATHENS, Ga. -- Two UGA students were robbed Monday morning and one is fighting for his life after being shot.

The shooting happened at a bus stop outside of the Milledge Place community off-campus. Athens-Clarke County Police said the 22-year-old man who he only described as white was waiting at the bus stop alone when he was shot multiple times in what police believe was an armed robbery.

Just before that, another student was robbed inside of Milledge Place. That student was not hurt but was able to give police a description of the suspect. Police are looking for a black male with a medium complexion and either locs or twists in his hair. He was driving an early white 2000 model Ford Mustang convertible with a tan roof.

Monday afternoon, authorities released a sketch of the suspect.

Chief Cleveland Spruill, Sr. would not say what was stolen from the students but did say what was taken from the first student was “not significant” which could be why the suspect went looking for more, he said.

The 22-year-old that was shot is in the hospital with what they initially described as life-threatening injuries. Later, though, 11Alive confirmed through a source in touch with family that he is expected to make a full recovery.

In a note sent to students, faculty and staff, school administrators described the robberies as “tragic and shocking events.”

“Our thoughts and prayers go out to our two students who were involved—one of whom is hospitalized—as well as to their families and friends.”

Though authorities have not yet identified the 22-year-old student, tweets from both the Cambridge High School athletics and lacrosse team account identified him as Tate Prezzano, a 2015 graduate of the Milton, Georgia school. Both posts asked for prayers for Prezzano and his family.

The Fulton County School District issued a statement saying they were concerned by the "alarming incident."

"We express our sympathy to his family and the community," the district said.

Both the GBI, the GSP and university police are assisting in the investigation.