University of North Georgia graduates who are newly commissioned second lieutenants took their military oath in front of a national audience online.

FORSYTH COUNTY, Ga. — The U.S. Army Cadet Command conducted its national commissioning ceremony live on Facebook Friday morning, and more than 1,000 cadets across the country participated including 18 from the University of North Georgia.

2nd Lt. John Perry IV, a Distinguished Military Graduate who earned a degree in a strategic and security studies in May, represented UNG in the ceremony from the Brooks Pennington Jr. Military Leadership Center (MLC) on UNG's Dahlonega Campus.

"It's a great honor to have been selected," he said. "I am very humbled. I think it's going to be a great experience."

The 21-year-old from Dawsonville, Georgia, was one of the 72 members of the Corps of Cadets who commissioned as second lieutenants in the U.S. Army in May. The military tradition followed social distancing guidelines because of the COVID-19 pandemic, which limited the number of guests at UNG.

Others, such as 2nd Lt. Micaela Tierce, commissioned from their homes. The native of Tuscaloosa, Alabama, said it allowed her relatives who are considered "at-risk" to watch her commission.

"It showed how UNG and Cadet Command can be flexible and adaptive," said Tierce, who earned a degree in international affairs.

UNG is part of the University System of Georgia and is designated as a State Leadership Institution and The Military College of Georgia. With about 20,000 students, the University of North Georgia is one of the state's largest public universities. The university offers more than 100 programs of study ranging from certificate and associate degrees to professional doctoral programs.

Mother and daughter doctors matched at the same hospital for residency 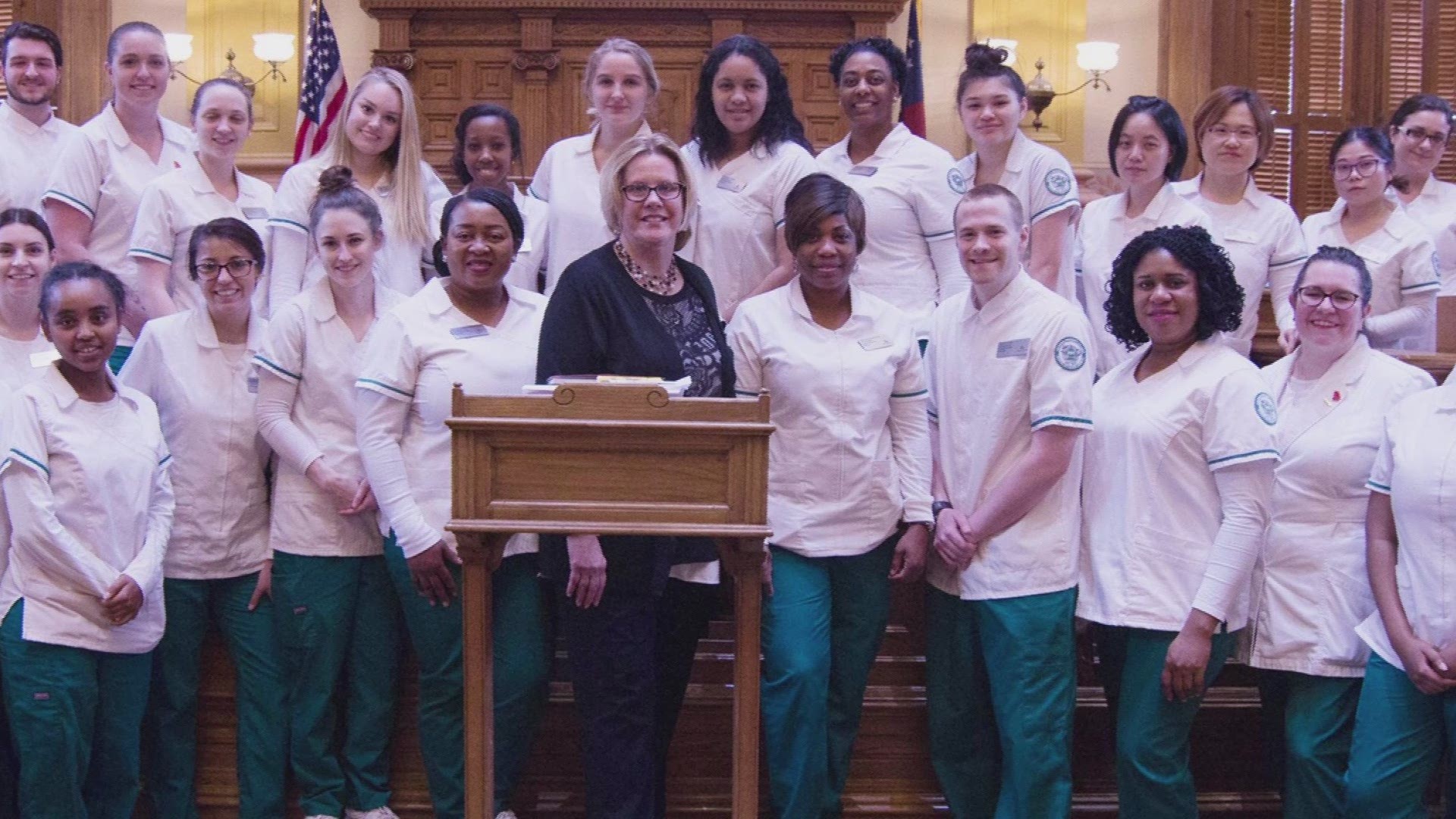