Forsyth County brothers, Clark and Andrew Koepp are using their small backyard flock of chickens to raise money for biscuits. 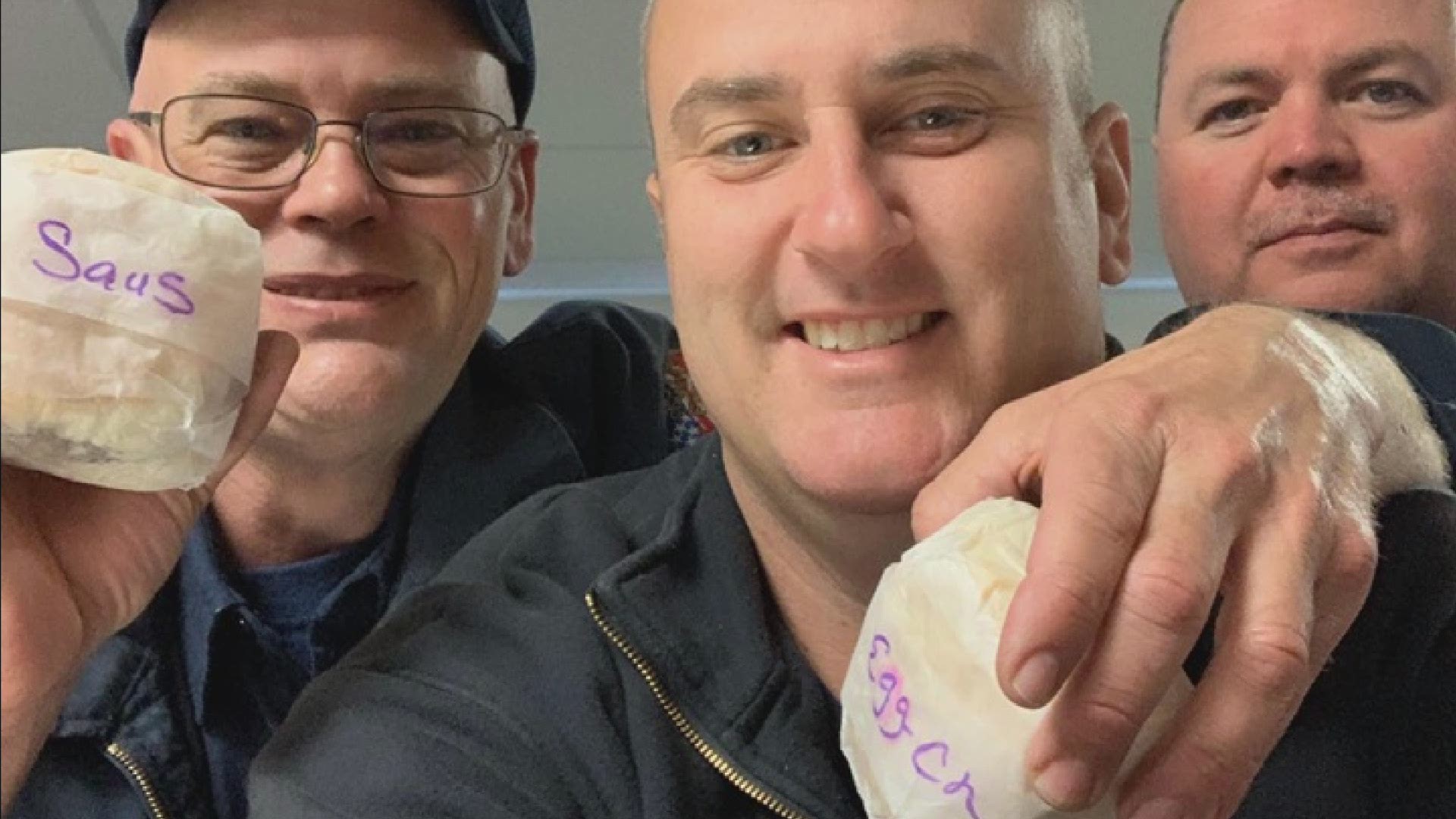 The pairs' mother, Amy Koepp, says it all started when she had to explain to her sons that school was closed.

"Trying to explain to them that they couldn't go back to school or go to their favorite restaurants was tough. They were sad and they wanted to do something to help," says Amy.

That's when Amy and her sons came up with an idea to use their chick coop to raise money. The boys' mother explains that her children had previous experience selling their family's farm eggs for the last few summers, so they understood the concept of raising money.

"Since we don't have enough chickens to sell a bunch of eggs, we created a raffle where neighbors can make a donation to buy first responders food with the chance to win a dozen eggs. We advertised the raffle on our neighborhood Facebook page which is made up of homes on Lake Lanier’s Shady Grove peninsula and have been amazed by the response," explains Amy.

Next came the question of choosing food to donate. Amy says her sons decided on biscuits because they're 'convenient and yummy'. The trio used the donations to create even more good by supporting a local restaurant, Fagan's Biscuit Barn. The popular diner is now whipping up biscuits through the end of the money for the 'Biscuit Brothers' cause.

While Andrew and Clark have not been able to go on the deliveries due to social distancing, they have received pictures from those who have enjoyed their biscuits.

"We hope to continue weekly donations during the COVID-19 crisis. Once restrictions are lifted, the boys want to meet the first responders in person," adds Amy.

Camping company lends out campers to residents impacted by COVID-19