One marathoner's search for the best pizza in Forsyth County 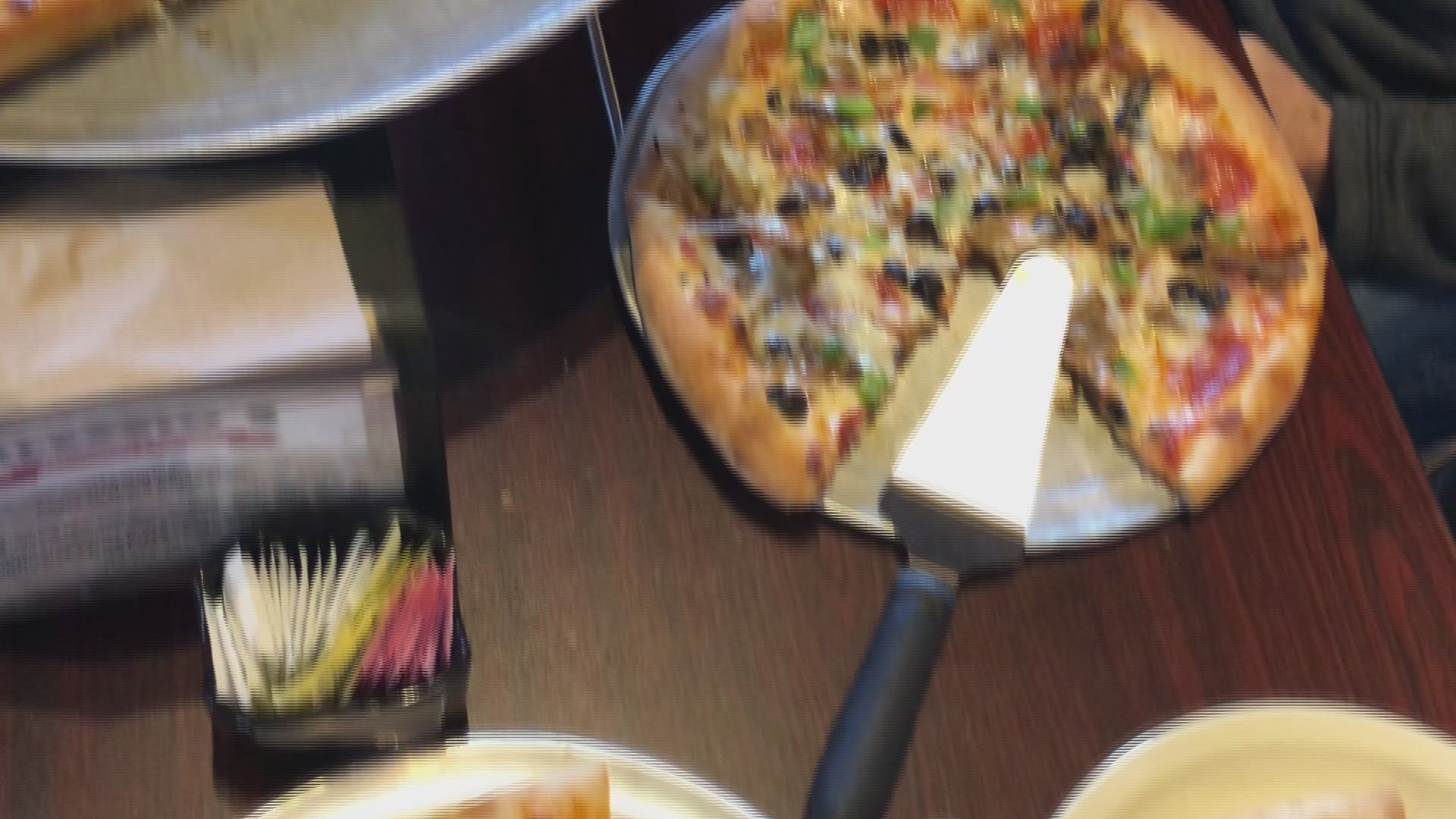 “I'm running my first marathon in December, so I need some fuel to keep me going the distance,” Fountain said. “Pizza is my fuel of choice.”

He recently decided to turn his love of pizza into a quest for the area’s best, and his friends and family have started tagging along.

“I just thought ‘let's make it fun,’” Fountain said. “I've been doing financial planning for 26 years and I thought maybe searching for pizza would be a neat thing.”

“We typically try three, four, or five pizzas per restaurant. Some may be good with like a Philly cheese steak pizza, where pepperoni might be good somewhere else,” Fountain said. “We did the research on it, and I'd say there's probably seven basic styles - New York, Chicago, and those types of pizzas, but then you can get into a lot of specialty ones - Quad City, or Ohio-style pizza, or Neapolitan.”

Fountain says he really doesn’t have a favorite kind of pizza, and he’s not yet revealing his pick for best in the area, but he’s definitely enjoying some of the funky flavors local restaurants are coming up with.

“One of the restaurants is creating a Thanksgiving pizza for us,” Fountain said. “They were like ‘we've never heard of such a thing.’ I said ‘me either, but hey, let's create it and do something different.’ I doubt it will catch on, but it will be something worth saying we did.”

He’s tried pizza from places all around the country, and Fountain says he’s not picky when it comes to toppings. A good crust and just the right amount of a flavorful sauce are what makes all the difference, he says.

“I went to Colorado to try the Colorado Mountain Pie. I went to Florida already, Jacksonville for the Florida Georgia game, and I tried about three different restaurants there,” Fountain said. “So I'm trying to find what I think is the best pizza, and right now I'm focused on Forsyth County.”

For Fountain, it’s all about having fun and getting exposure for some of the local pizza joints in Forsyth County.

“If you're in the north part or the south part, you might not know about it,” he said. “So we're looking for that place that's worth the distance. That's kind of what I'm doing with my marathon, I'm going the distance, and sometimes pizza is worth that.”

Mom: Husband's actions saved children waiting for bus when they were hit by car