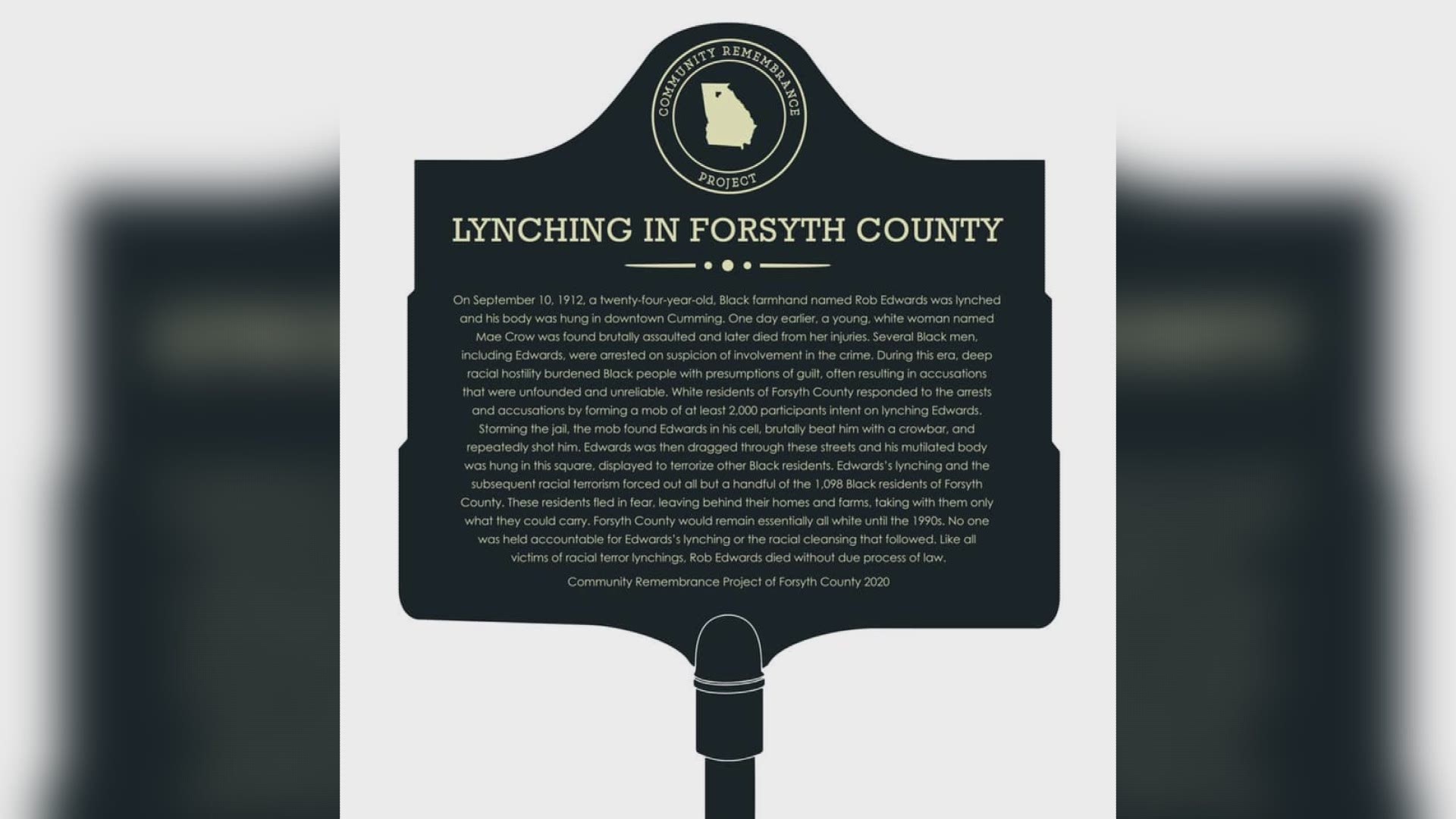 “It's been about three years of us making sure that we’re following the right procedure and getting all the paperwork done so that there's not a whole bunch of questions or people wondering why we're choosing to do this,” CRPFC member Renada Cincere said.

“We went to the commissioners two at a time. During all this craziness, they've allowed us to come in and speak with them, to kind of see how their feelings were before there was an official presentation, to make sure it was something the county and the citizens could agree on and would benefit us.”

Following a public hearing last week, the commissioners unanimously approved the historical marker which could be installed by the end of the year.

“The next step is we get a letter from [the commissioners] that we will send to the Equal Justice Initiative that says ‘yes, we have permission from the county to continue,’” Cincere said. “Then it takes about 10 to 12 weeks, and then we will get our marker. It will be sent to us, and the county is going to help us as far as the cost to get it installed.”

“The idea for the historical marker definitely is all Equal Justice Initiative in Montgomery, Alabama,” CRPFC member Jolie Creuser said. “Their vision was to create awareness in communities where lynching’s happened and not just fully understand what the lynching meant to their community, but what it meant to the whole country, and that it was more about terrorizing a race than it was about retaliation against individuals."

“We have a brand new courthouse, then we have an older courthouse, but in 1912 there was an even older courthouse that's not standing anymore that was nearby,” Creuser said. “The killing actually took place on the grounds of the courthouse, and then the body was taken around the square. It was just what you would imagine a lynching to be, where the body was shot multiple times, and people were taking souvenirs, and the body was dragged through the streets and displayed and then left there. Of all the horrible stories, this was one of them.”

As it is with many lynchings, people remain concerned about guilt and whether or not the lynching was justified as a punishment for any wrongdoing.

“We're coming in agreement to say ‘it's never justified to kill anybody without due process of law,’ Guilt or innocence was not the point,” Creuser said. “It was the point that the mob chose to murder someone, and that this led to a racial cleansing. This was about an attack on a whole community, and that lynching was the start of it.”

“We will never know if he was guilty or not. That was done on purpose to pretty much scare the rest of the black citizens that we had into leaving our county which remained a white county for over 70 years,” Cincere said. “By putting this up, it shows that we are supporting diversity and we want it to further change. We don't want to hide it. We want people to know what happened in our county, so we don't repeat history.”