Lab fights for approval of COVID-19 tests with quick results 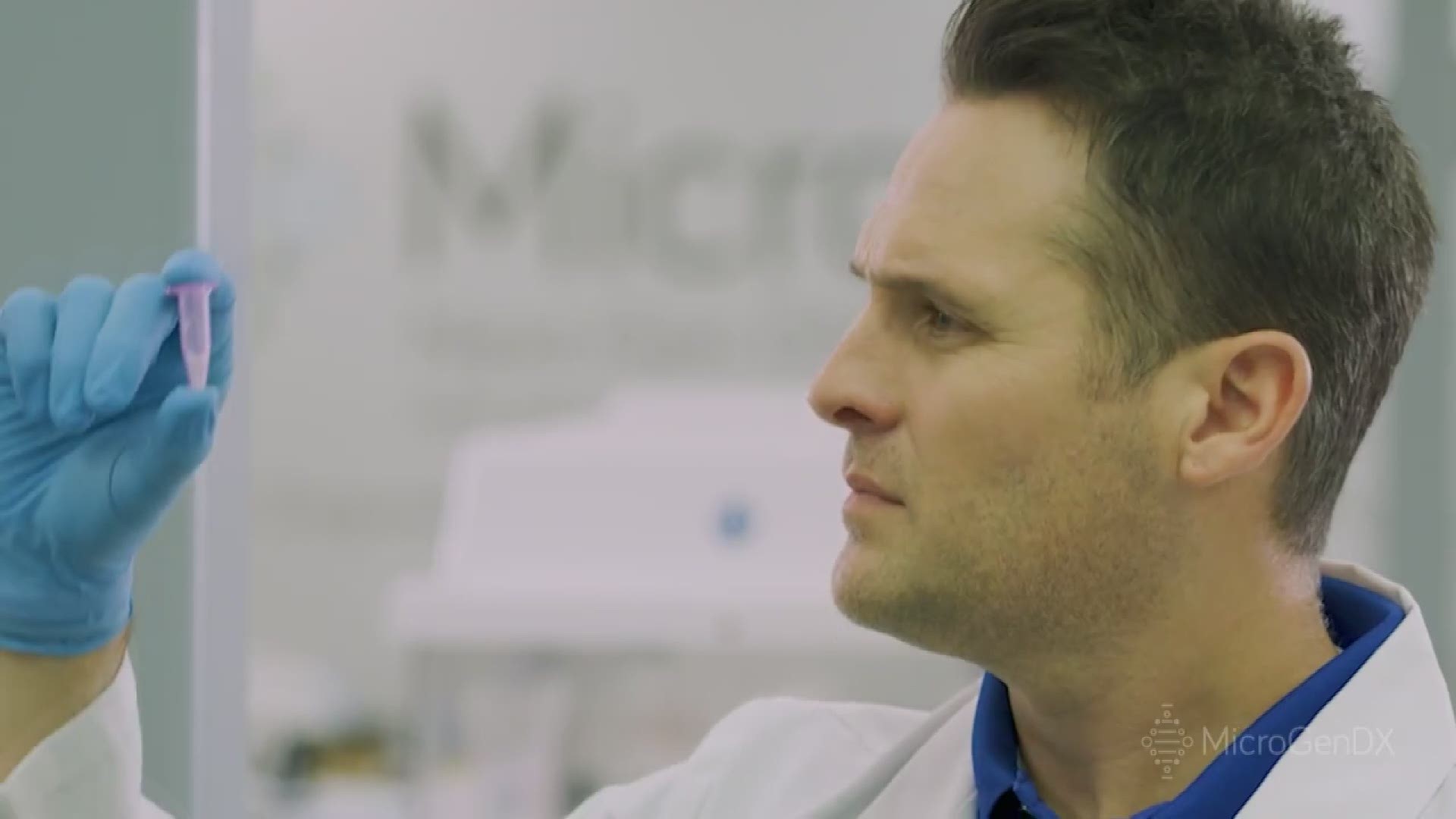 Unless you work in healthcare, you’ve probably never heard of MicroGen DX.

“We are a high complexity molecular diagnostic lab,” CEO Rick Martin said. “So we use DNA and RNA to identify microbes, bacteria, fungus and virus.”

The Texas-based lab serves the needs of clients all over the country, but one of the senior account executives, Kerri Mixon, who lives in and covers Forsyth County put 11Alive in contact with Martin, in hopes of creating a call to action for Georgia which is currently ranked 46 in testing, placing it behind all neighboring states. Martin said one of the main hurdles is a lack of understanding about companies like his which are not regulated by the FDA. MicroGen DX is regulated and governed by Clinical Laboratory Improvement Amendments (CLIA) and College of American Pathologists (CAP).

“We go above and beyond the protocols of the FDA in the designing of our tests,” Martin said. “People don't understand that, so therefore when they come to our lab and say ‘do you have your FDA EUA approval,’ we say ‘we have our EUA authorization, but they haven't given us their stamp of approval yet and we don't need it.’ We can still process samples under our CLIA license as a high-complexity lab. But most people, they just still want that FDA approval. Not having FDA approval has hindered our ability to provide more testing, which is a shame.”

With the assistance of robotics, he said his laboratory is able to run about 1,000 samples every 90 minutes, far more than other labs.

“A rate-limiting factor on this is what's called the extraction process,” Martin said. “You have to get the RNA out of the sample. So whether that sample comes from a swab, whether it comes from saliva, whatever it comes from, you've got to get it out of that sample. So that extraction process, a lot of the labs have to do it manually. Because this is our core business, we have the ability to do it with robots, so we have the capacity to do 9,000 or 10,000 a day right now.”

Take that in comparison to a university lab which would be lucky to do 500 in a day, Martin said.

“The other thing that people need to understand is this is RNA from a virus,” he said. “The RNA doesn't hang around for a long time, so if you don't process samples quickly, you risk basically losing it, and therefore a swab that was put up into your sinuses may be very uncomfortable, and then if it's 8 to 10 days before you can get it run by the laboratory you ship it to, you get a negative which would be called a false negative. You could very well be symptomatic and have the virus, but your sample wasn't processed in a timely way, and your test was negative.”

As for the sinus swabs, Martin said he doesn’t think it’s the best way to test for COVID-19. That’s why he pushed his team to create a spit test.

“We have shown that the saliva is equal to the NP swabs in detection rates, and we're doing a study right now with pair and sample analysis that's going to show, I believe, that saliva could be even superior,” he said. “It's a lot easier for the healthcare system because healthcare providers don't have to be out there in PPE putting a nasal swab into somebody's nose.”

Martin said the saliva sample could make the whole process easier and reduce exposure rates for healthcare providers by keeping sick infected patients out of the hospital.

“Doctors don't want them in there,” he said. “It's a lot easier for them to send a cup to their home and say ‘here, we need you to spit into this cup. Get some phlegm, some saliva into this cup, and then put it back in this box.’ They could drop it off at a FedEx location and ship it back to our lab.”

Since the MicroGen DX lab is designed strictly for molecular testing, Martin said he’s able to get reliable results within 24 hours.

“We're not doing blood work. We're not doing chemistry. We're not doing any other type of test. This is the only type of test that we run, and therefore it gives us a huge advantage in terms of being able to do it in high volume at a high capacity.” he said. “Every day we've tested for the last 10 or 12 days, we have the samples come in the morning and the results are out by that evening.”

To date, Martin said his team has processed more than 25,000 samples, but they could have done much more if not for all the red tape.

“We probably could have done easily another 100,000 on top of that,” he said. “It's kind of been frustrating for us because we could have helped more Americans with testing.”

Moving forward, Martin said he will continue doing the tests, which are covered by Medicare, and he hopes people will recognize labs like his as reliable testing facilities.

“I put one of my sons to work on social media, and he says he gets a couple a day where somebody comments ‘oh, this is a sham.’ And I get it,” Martin said. “There are a lot of shady characters out there that are going to pass off testing to some person that has no idea. And they are relying on institutions like the FDA to vet labs and make sure it's a validated legitimate business that does this sort of testing. I just want people to know there are companies like mine that have the ability to do this testing and it shouldn't be lumped in with all of the other shady characters out there trying to pass off a COVID-19 test.”