A toy store owner's journey opening up amidst COVID-19 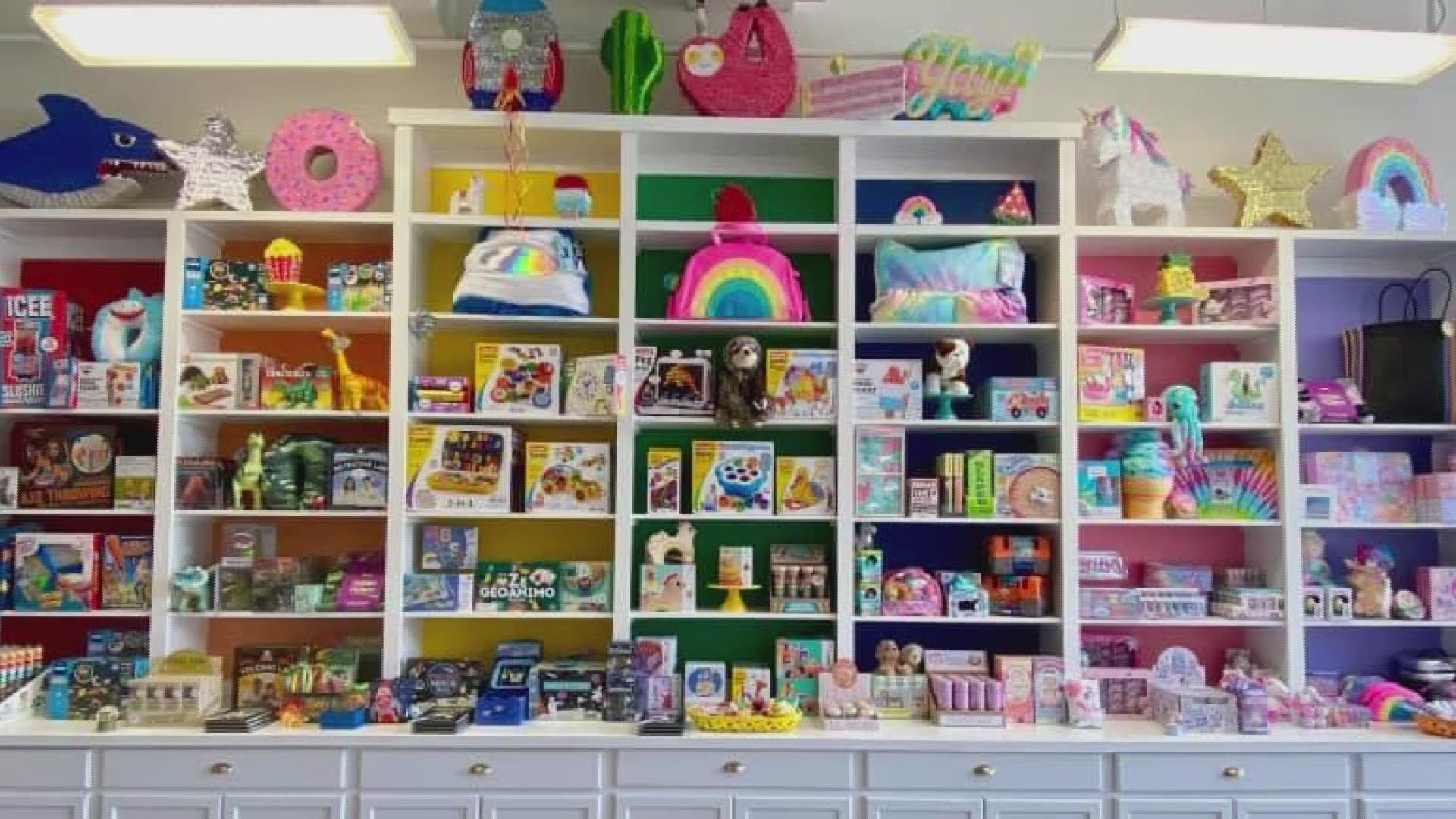 Wheezy's Toy Boutique opened its doors on Friday and becomes the first toy store to join the extensive line up of merchants and restaurants in the center. The shop's owner, Danielle Hoffman, said she has been planning to open the boutique since the fall.

"We had always planned to have the grand opening in the Spring, and then everything happened with the virus. We finally decided that we would open when we were ready and when it was safe," explained Hoffman.

Hoffman said they had to push back their opening date several times, but their landlord has been kind enough to not charge them rent until they were able to open to the public. The entrepreneur said that while it's been tough opening amidst the pandemic, they are just happy to be open.

"It's definitely been interesting. We've had some delays with our toy suppliers and shipping. I'm wiping down all surfaces pretty much after every customer. We don't have any toy displays out right now, but I'm hoping we can in the future," said Hoffman.

The wife and mother of five said she grew up working in a toy store and had always wanted to have one of her own.

"It's where I had some of the best childhood memories, and I want our store to be that for families here," she said.

Hoffman said she doesn't want families and children to feel like they can't go in and touch and explore things.

"I want them to feel comfortable here and be curious. That's why we're here," she said..

Wheezy's Toy Boutique is currently open Tuesday - Saturdays from 10 a.m. to 6 p.m. The shop carries toys for children from six months to 11 years old. The boutique also carries a selection of items for parents such as beach bags and key chains.

Recall alert: Magnetic ball toy can be dangerous if swallowed by children

Kibble2Care – a food pantry for animals