After more than 70 years of traffic, one of the original bridges to cross over Lake Lanier is finally being replaced. 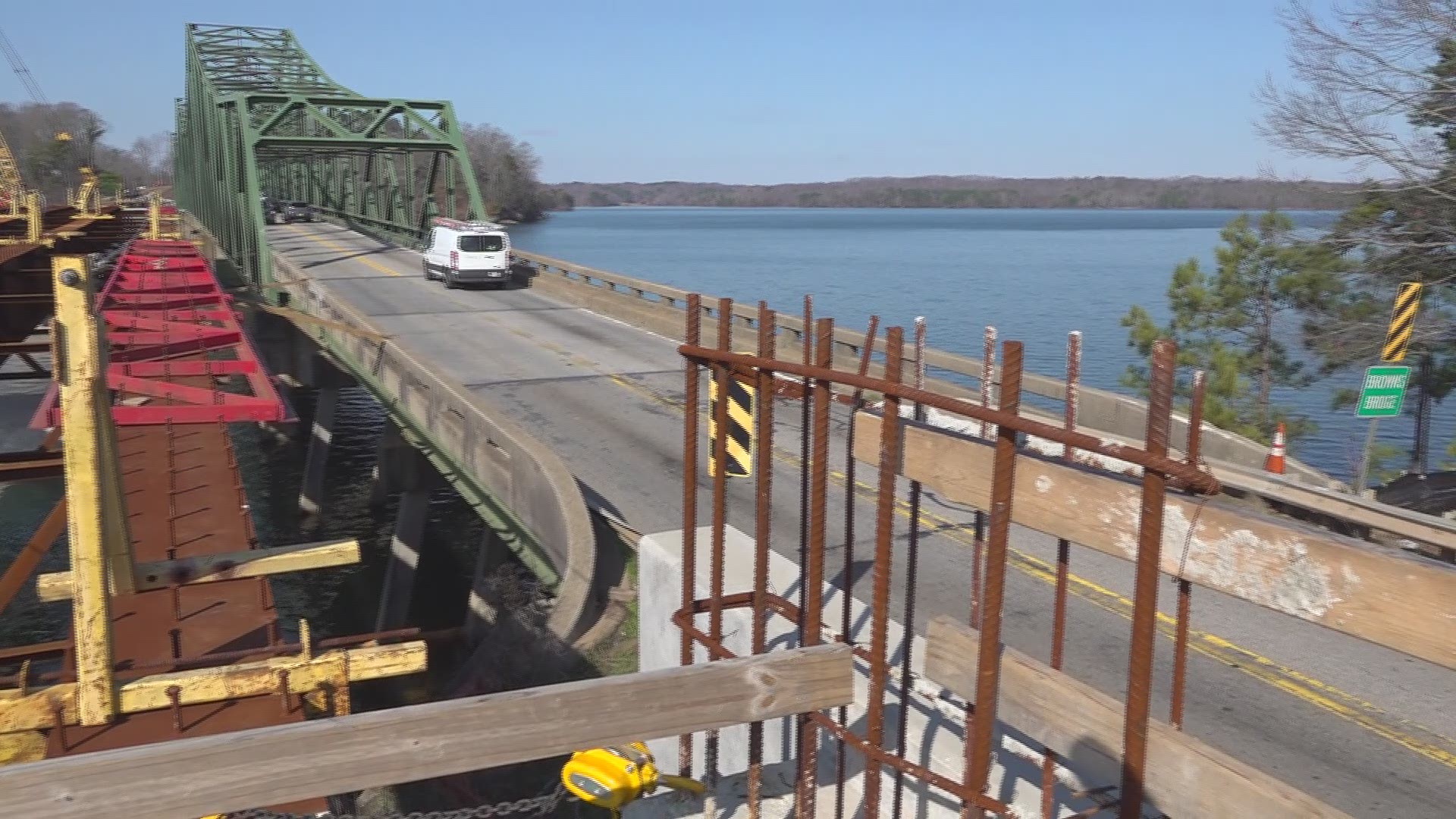 “That's pretty much a standard allowance in the construction contract,” Katie Strickland, a spokesperson for GDOT said. “Even if the contractor decides not to do the lane closure, they still have the ability to close the lane. So we've allowed them that span of time each day to do the work they need to do.”

“It's the first time we've replaced this bridge over the lake, so it's lived its life, a long, good life,” Strickland said. “This bridge was built when the lake was built back in the 50s.”

She said there will be structural differences with the new bridge which is being built just to the south of Browns Bridge along State Road 369.

The new bridge will not open to traffic until 2021, Strickland said. She also said the bridge construction project should have progressed further in 2019, but the weather caused setbacks.

“Last year, we had a good amount of rain,” Strickland said. “Lake Lanier was above full pool, so we were not getting as much work done on a daily basis. We know these lane closures are a hassle for people that are commuting in the middle of the day, but we do restrict them. You have to be out of the roadway by 2:30 is what our contractor knows. So we might start at 9 a.m. but you know that on your afternoon drive, they're not going to be there.”

According to Strickland, when the weather is dry, the crews are working.

“We have lane closures honestly going on with any of our construction projects when we don't have rain going on,” she said. “So if there's not a rain cloud or a sprinkle, we're working here in Northeast Georgia.”

Strickland said State Road 369 is not the only area dealing with lane closures this week.

“We have some lane closures starting this evening on 985 with the exit 14 interchange, the bridge there, the overpass.” She said. “They're going to close in lanes in the evening from 7:30 till 5:30 in the morning. If you're traveling 985 northbound or southbound, you're going to run into an intermittent single lane closure through there.”

To keep up with GDOT projects and lane closures, CLICK HERE.