Search continues for the mother of the child, who was discovered in a plastic bag on June 6. 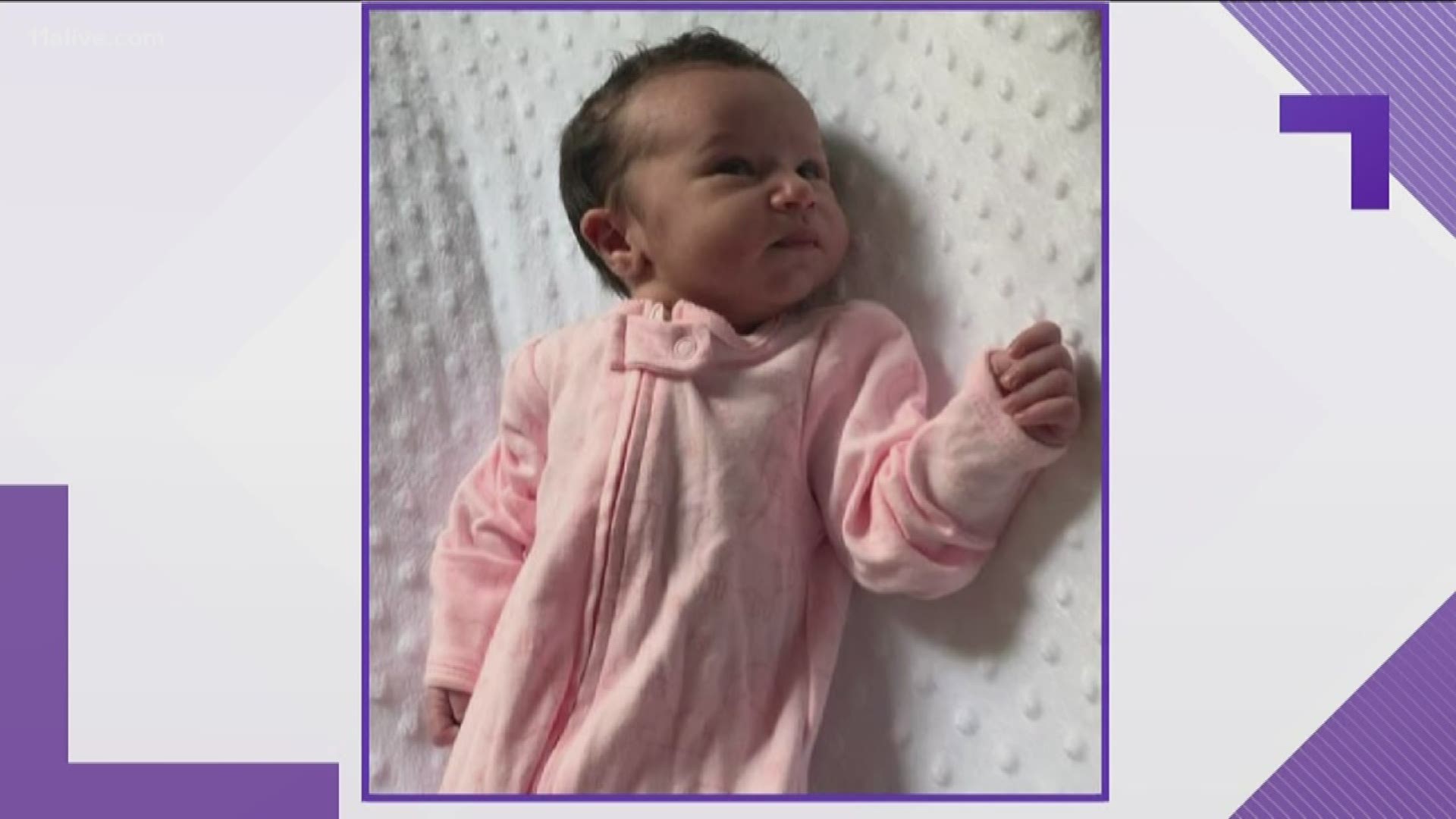 FORSYTH COUNTY, Ga. — New photos have been released of Baby India, the newborn girl who was found abandoned in a plastic bag in the Forsyth County woods earlier this month.

The Forsyth County Sheriff’s Office released the photos as they continue to search for the possible mother of the child.

The sheriff’s office confirmed to 11Alive they are working with Augusta law enforcement on the case, though they did not provide details about that cooperation.

The baby was found on the night of June 6 in good condition, according to Forsyth County Sheriff Ron Freeman.

"It is without doubt a divine intervention that this child was found," Freeman said at that time.

Freeman said the 911 call to alert authorities to the newborn was especially fortunate. It came from a family that lived in one of the few homes in the neighborhood where the cries could be heard, and they had just returned from a vacation.

The baby has been in the care of the Department of Family and Children Services (DFCS) since leaving the hospital.

Police continue to ask that if anyone knows any information about the circumstances of the child’s birth, or knows a female who was in the late stages of pregnancy and may have given birth to the infant, to please contact Detective T. Conner at 770-781-2222 extension 5920.