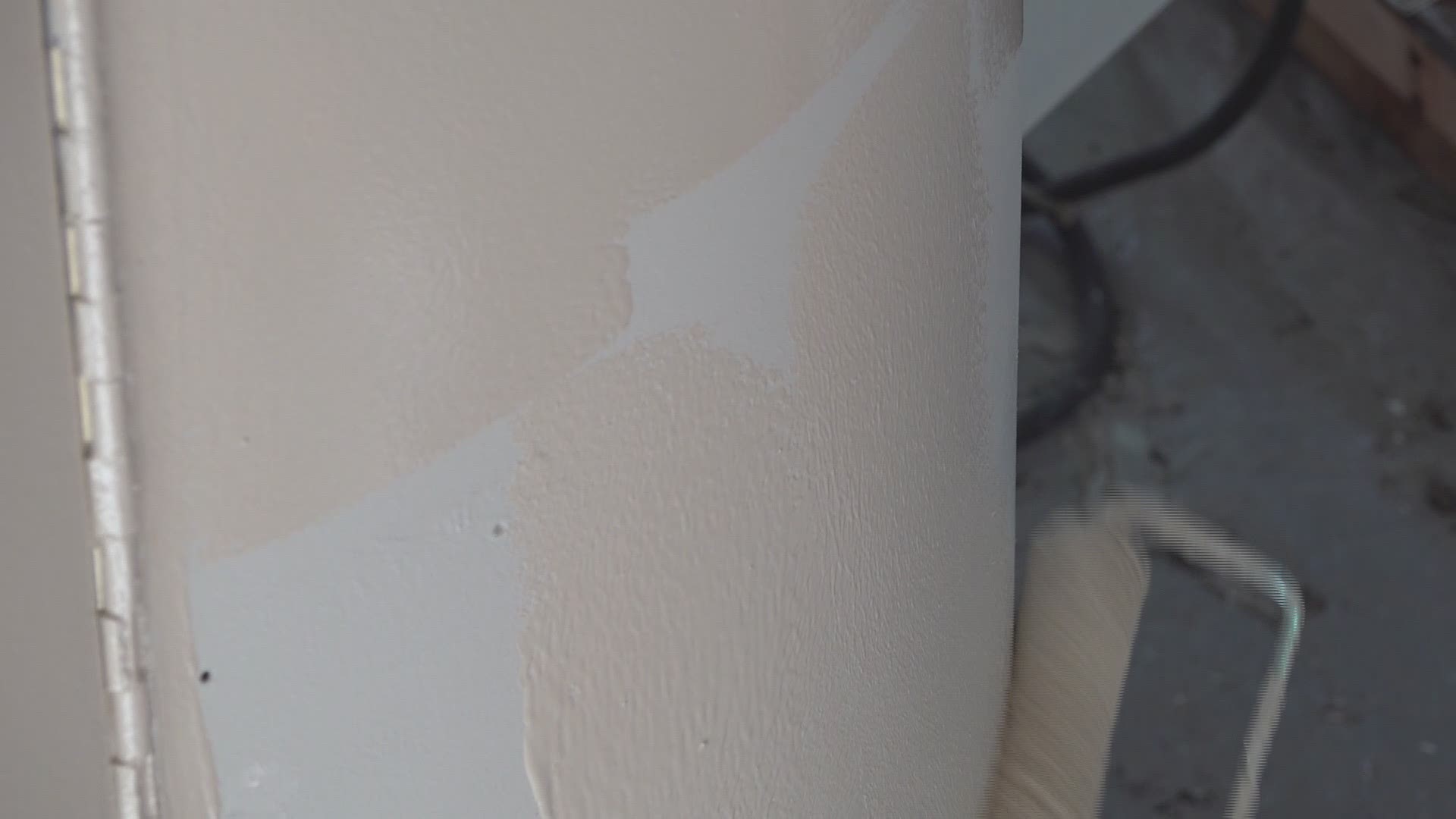 “I decided my niche was to build trailers instead of trying to put it out there and rent a trailer myself,” Christian said. “I built a Bear Mobile Entertainment trailer, KISS Micro Wedding from Knoxville, Tennessee. I have a trailer in Virginia. I've been contacted by a lady in New York who wants a coffee trailer. It became so overwhelming that I had to get off Facebook. It was just word of mouth and it was taking off.”

He said it all started in early 2019 when he did his first trailer conversion, creating a mobile coffee stand for Community Cup Coffeehouse. Now, Christian said, he has got requests coming in from all over.

“Most people just say ‘build me a trailer. These are kind of my colors, and these are my ideas.’ So I get to use my creative thinking to do it,” he said. “I've been traveling some, over the last two years, and I see a lot of architecture overseas. I try and incorporate that into my trailers. It's been fun.”

Christian said he will convert any type of trailer, but he prefers working with horse trailers.

“I used to buy them for the people,” he said. “Now, you have to bring your own horse trailer to me. And ill assess it, and I will help you find a good horse trailer. I'm going to tell you what to look for, and the common areas that are problems.”

There’s so much interest in the custom trailers, Christian said he offers different packages starting around $7,000, which includes all the material, most of which is recycled.

“What I'm going to do is take your trailer all the way down to nothing. I'm going to inspect the running gear, take care of all the rust,” he said. “There's no sense in dolling your trailer up if it's not sound because you're putting some money into this thing and it's an investment for most people. My vision is, we're going to give you a sound trailer all the way down from the bottom up. I've had to weld rails in trailers, patch rusted out spots, remove doors, then I'm going to install LED lighting throughout it, an RV converter. You'll have 30-amp service, up to four sockets in there, and my package allows for three bar tops wherever you want them.”

If you want wood floors, no problem, Christian said. The prices are based on the amount of work and supplies.

“Where you get into price increases is live edge bar tops, exterior painting, TVs, sinks, that type of thing, because then you have to buy stuff,” he said. “The sky is the limit.

According to Christian, there’s no limit to what can be built out of an old trailer.

“They're just big metal boxes,” he said. “I think what limits is your wallet. You can do pretty much anything to these things. I tell people it can be as extravagant or as basic as you want. And we just start from there. I have them sketch out a picture, give me their ideas, and then it's on and I start cutting on it.”

Christian is currently looking for the perfect trailer to convert into a house for his daughter, he said. He also has plans of building something special for himself.

“Anybody can do this work,” Christian said. “It just takes time and determination and a lot of tools.”