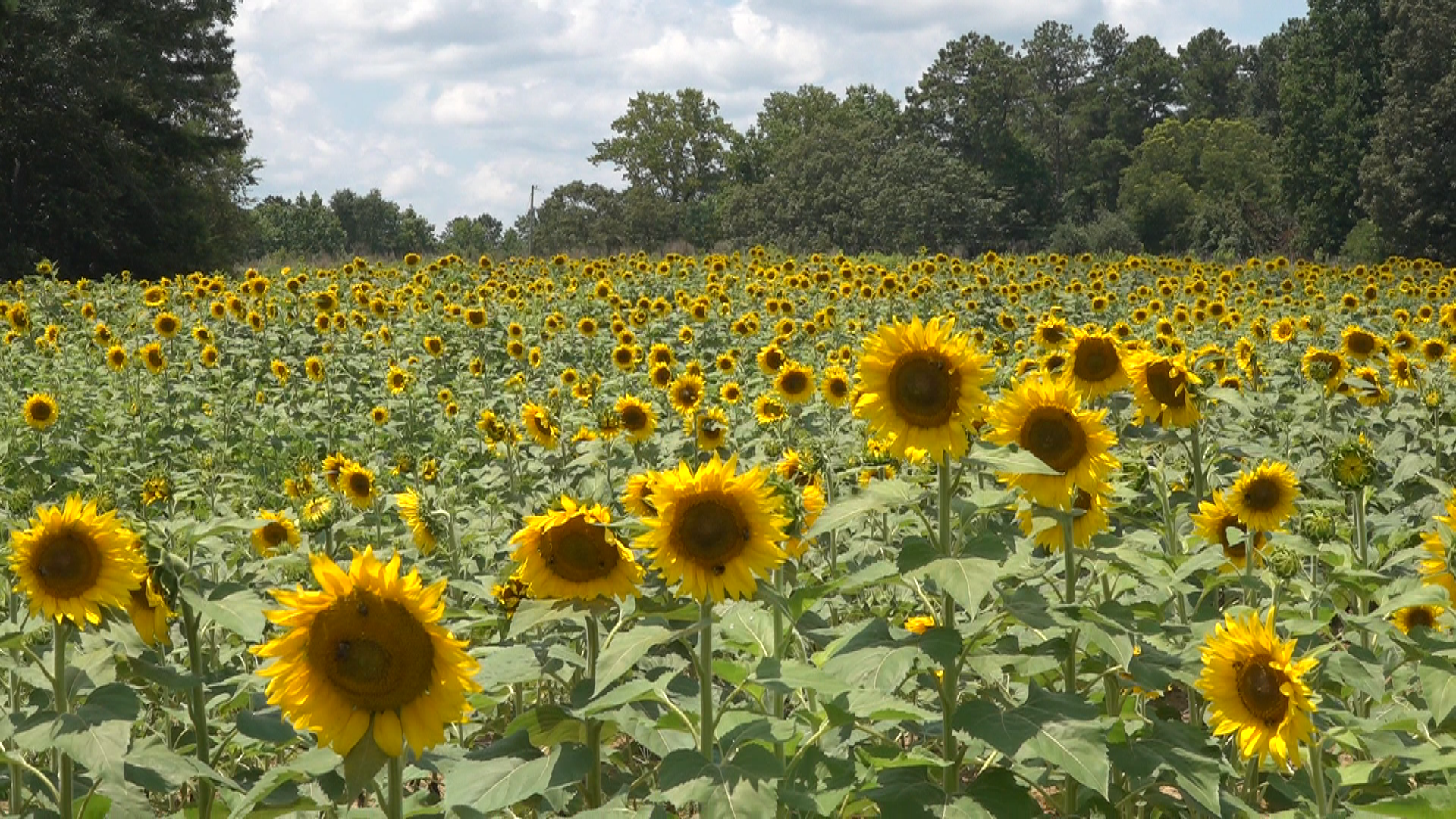 “We used to grow corn and wheat and stuff for the animals,” Dennis Anderson, the farm’s owner, said. “We stopped growing the hogs one year, and we did not need to plant the corn anymore for the animal feed. So my dad said, rather than letting the fields grow up into weeds and everything, he was going to plant sunflowers.”

That was in 1997, but, according to Anderson, there were no plans to sell the flowers until a couple years later when his daughter brought it up. Since then, the sunflowers have brought big business to the Anderson farm.

“I don't know how many people per day come in, but weekends are crazy,” Anderson said. “We will almost run out of parking spaces because it gets so full. I think we've got room for about 115 cars at one time.”

There’s only a small window of time to see the massive sunflowers which just started blooming over the 4th of July holiday weekend.

“They get larger, and they start turning down as the head gets heavier,” Anderson said. “For pictures, about two weeks is all you've got.”

Anderson says business at the farm could be coming to a close, although nothing is official yet.

“This is for sale, but we haven't sold it,” he said. “I tell everybody this is my 401k, since I grew up farming and everything and don't have a corporate job. I will have to cash in one of these days, but for now, for the next year or two, it looks like we'll still be here.”

Anderson’s Sunflower Farm is open seven days a week from 8:30 a.m. to 8:30 p.m. while the flowers are blooming. You can purchase a dozen sunflowers for just $12, and you have the option to pick your own. Parking is $10.