A woman experiencing a medical issue drove her car through the lobby of Giorgio's Family Kitchen. 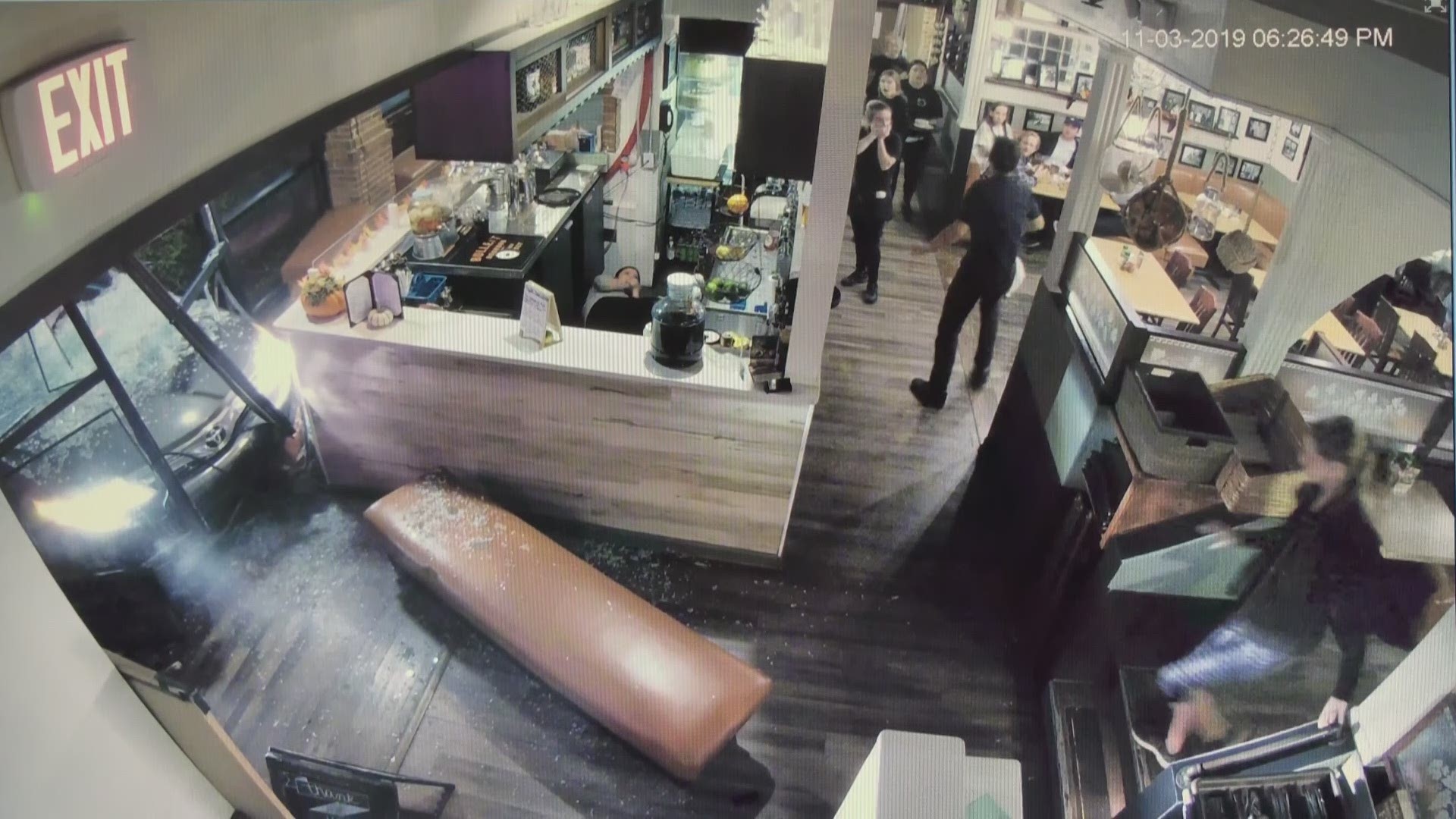 Restaurant owner, Constantine Tzortzis says people inside the restaurant didn't know what the noise was, "in this day and age, you never know...so people were scared and grabbing their children."

Just after 6 pm during the dinner shift, a vehicle came crashing into the front lobby of the family-owned restaurant. The car shattered the front window wall and damaged part of the bar near the entrance, but luckily no one inside of the restaurant was injured.

"Nobody was in the lobby which was amazing. That was the first thing I thought of. The lobby is usually pretty busy," says Tzortzis.

The driver of the vehicle was a 78-year-old woman who was reported to have been experiencing a medical emergency when the crash happened. Georgio's staff say she was a regular customer and was pulling up to the restaurant when she mistook the gas for the brake.

Tzortzis says the woman is okay. Giorgio's Family Kitchen remains open for business while permanent repairs are made.