The sheriff's office said a condition that came from his time in the Army worsened right after his baby daughter was born. 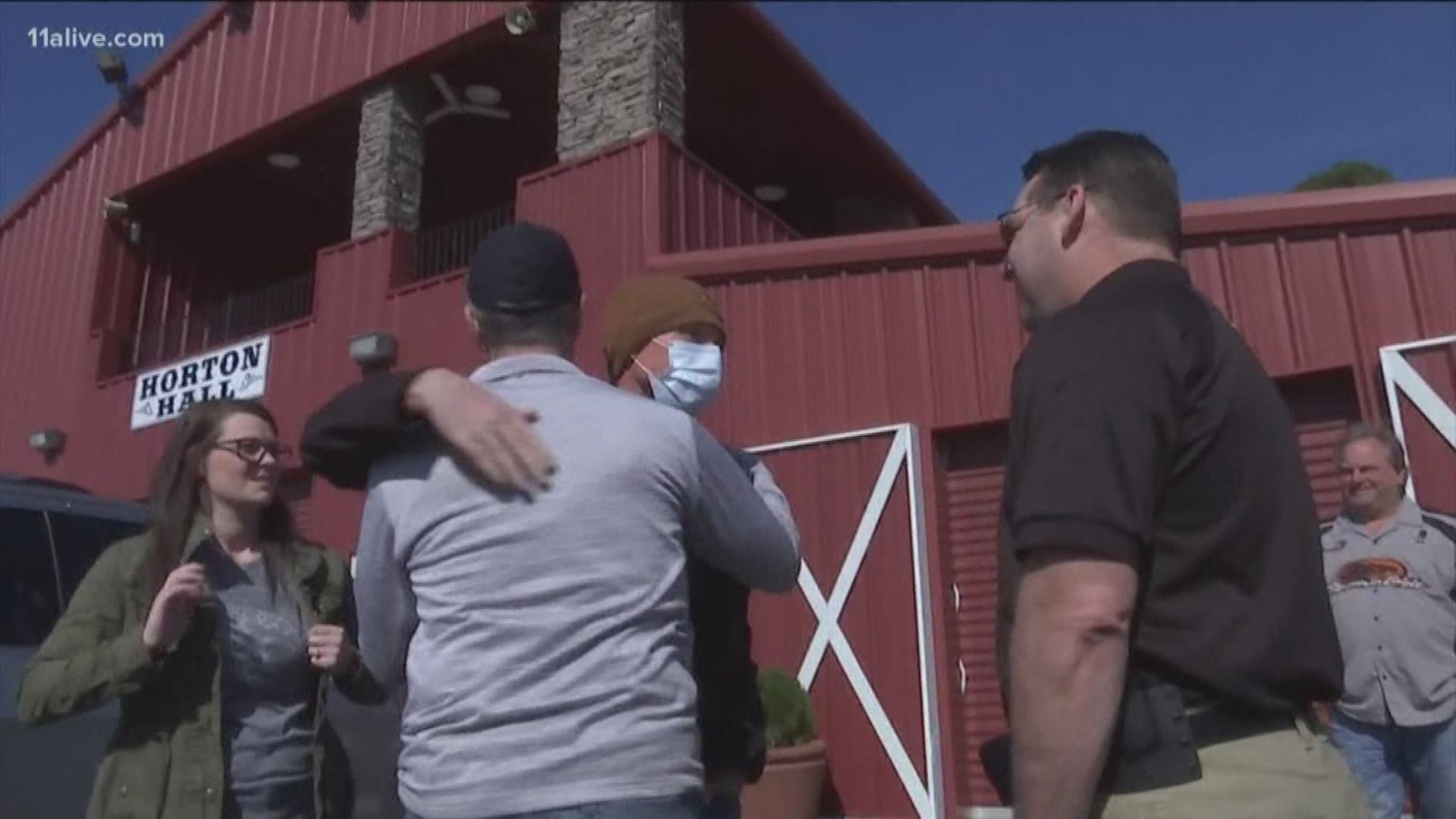 FORSYTH COUNTY, Ga. — The Forsyth County community came out in a big way to show support for a detective and combat veteran who just took on a new battle - recovery after a life-altering surgery.

The community and the sheriff's office hosted a Family Fun Day event to benefit Drue Green and his family - and offset medical costs.

The event included everything from cake walks and bounce houses to firearm and training simulators - all with one goal - to raise money for a man that had to undergo a sudden liver transplant.

According to the sheriff's office, Green came into contact with something during his time in Iraq and Afghanistan that caused a condition known as Primary Sclerosing Cholangitis which ultimately causes liver failure.

Credit: 11Alive
Forsyth Sheriff Ron Freeman and Drue Green along with his wife and baby Emerson

Adding to the strain on the family is the fact that symptoms worsened right after his family grew by one. Still, a transplant was his only option.

"... Still has a really long road for he and his family and his brand-new five-month-old daughter," Sheriff Freeman said.

Despite having just gotten out of the hospital, Green even made an appearance at the event alongside his wife and newborn Emerson.

Sheriff Freeman described it as a chance to help a hero out.

"You know, it's not often that we ask for help but this is an opportunity for people to come down," the sheriff said in a message to the public posted on social media.

He later told 11Alive the community truly came out in force and he even received one pretty amazing contribution.

Credit: WXIA
The community shows up to support Detective Drue Green after his liver transplant

"I had a local company come up and hand me a check for $25,000," Sheriff Freeman said. "That doesn't happen across this nation. We're blessed to be in Forsyth County. We're blessed at the support our public safety officers have here."

And it wasn't just the sheriff's office that was out there showing support. Members of several local first responder agencies like police, dispatch and fire departments also showed up to support their friend.  Freeman said they had over 100 volunteers show up to help.

The event was free to the public but donations were requested. The sheriff's office said any remaining funds would go to the nonprofit known as B.A.D.G.E. which they described as "dedicated to fostering aid and overall wellbeing to employees" of both the sheriff's office and fire department.